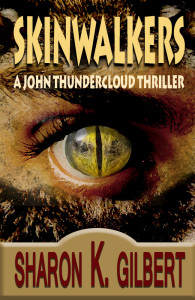 (Warning: This is a novel about spiritual warfare–and some scenes depicted are violent and disturbing. This book is not for the faint of heart.)

Jessie Combs loved dancing. She loved to feel her own, tiny feet as they struck the hard-packed dirt of a barn floor.  She loved the tingle of cool night air as it rushed past her twirling body; loved the accidental touch of a farm hand’s palms against the smooth pale silk of her best dress.

But most of all, Jessie loved the white-hot electricity that coursed through her small form whenever a young man’s hand pressed upon her shoulders as he drew her body close to his.

Jessica Rae Combs ran full tilt into the outstretched arms of danger.  She believed in seizing every, any, and every small thrill her insular, mountain world had to offer, and in return, she offered much, to the great dismay of her eternally forgiving father.But most of all, Jessie loved the white-hot electricity that coursed through her small form whenever a young man’s hand pressed upon her shoulders as he drew her body close to his.

October’s harvest parties started up in mid-month and provided a rare chance to forget the enormous tedium of daily life in Angel Falls, Kentucky.  Started as the Black Seam mining camp in 1921, Angel Falls soon boomed into an incorporated community of coal camp shanties, home-brewed liquor, and sooty men.

As lonely men found willing wives, children inevitably followed. Children required schooling and a school building, which the mining company gladly offered—for a price. Clapboard houses sprang up like weeds, financed by greedy bankers, alongside a solitary church, a post office, and a company-owned mercantile offering all the latest in dry goods and groceries. By 1940, it looked as though Angel Falls might even outgrow the county seat, but then 1941 happened—Pearl Harbor happened—and most able-bodied miners passed a quick physical, donned a baggy uniform, and abandoned Angel Falls to fight yellow-skinned strangers on the other side of the world.

Left without employees, Black Seam Coal closed the school and hired children and women at half wages. No one in the rest of the world cared until scandal hit the eastern newspapers after a top Black Seam executive committed suicide on the grounds of the Pentagon. The subsequent investigation uncovered a terrifying list of safety violations and illegal hiring practices, but worse—it uncovered graft that ran as high as the oval office staff. Within a month, Black Seam stock plummeted and the company closed the mines—and for all intents and purposes—the town, leaving three hundred families to scratch for survival in a world where black lung stalked their husbands, and company scrip was good for little more than kindling a fire.

In the bright, modern life of 1954, Jessica Combs had no memory of the misery of her grandfather’s harsh life.  Her father, Hazadore Combs, had foreseen the end of the mines and taught himself to farm the bleak, mountain landscape.  With the hundred dollars he’d earned from that first year’s cash crop, Combs procured another fifty acres, adding yet more land the following year.  His green thumb provided food for the table and cash in the bank, and Hazadore had used that minor wealth to spoil his only child as best he could.

Jessie’s store-bought clothes always outshone her classmates’ ragged hand-me-downs at the one-room schoolhouse built by the coal company during the town’s golden age.  Jessie owned six pairs of shoes, and she even wore nail lacquer.  And this year, her light brown hair had mysteriously changed from light chestnut to a dazzling platinum thanks to several boxes of baking soda and an obliging July sun.

This particular evening, beneath the gaze of a full moon, Jessica Combs wore her favorite pair of shoes, red patent leather with a slight heel and a delicate strap across the arch.  She felt like a princess at a ball.

Hazadore, who played mouth harp with the makeshift band, kept his eyes on his only child’s movements, carefully noting each boy with whom she danced.  Drew Tatum posed no threat, since he barely reached Jessie’s shoulders.  Pox Ford’s attentions had forced Hazadore to miss a note or two during Barbara Allen, but Jessie had rebuffed the brash suitor as too clumsy, much to her father’s delight.

Known as the Wilman Dance, tonight’s festivities took place every October when the moon was full.  Jake Wilman’s barn had been the original site for the celebration that marked an end to years of famine and the dawn of a new age of plenty, due to the first great harvest in two generations.  This enormous bounty had come to Angel Falls in 1948, just six years before.  For the first time since before the war, the town’s crops yielded unimaginable wealth in corn, beans, tobacco, and wheat.  Barren apple trees planted decades before burst forth with a bounty of the sweetest apples anyone had ever tasted.  With the extra feed, the livestock had grown fat, providing nourishing meat to a community near emotional exhaustion.

Six years of plenty and six years of dancing in Jake Wilman’s huge pole barn to the beat of strings and drums had colored this tightly knit community with plump faces and bright smiles.

Most of those smiles would fade before the night ended.

Above the dancers’ heads hung a brown and yellow curtain of tobacco, draped over a row of long poles that formed the skeleton of the barn’s upper region.  A hayloft adjoined the pole space, overlooking hard-packed dirt and a manger for livestock.  Jake Wilman’s cows lowed softly as Earl Tapper’s fiddle sawed out Old Dan Tucker; the older women clapped and laughed and shared bittersweet memories while the unmarried girls and young men danced.

Many of Jessie’s friends huddled near the food table, sampling gingerbread, cider, apple pies, walnut fudge, and a host of other buttery confections.  A few of the men idled away behind the barn, sampling a fresh batch of Corbin Holcomb’s corn squeezins.

Overhead, the full, round face of the harvest moon bathed everything and everyone in an ethereal, blue-white glow, and the music kept apace as banjo and fiddle turned to minor chords and quicker tempos.  Cotton prints twirled and favorite shoes stomped, as the entire group of young men and women became lost in the frenzied dance.

Jessie, who had openly flirted with most every boy in attendance, now let her blue eyes rest upon the innocent face of Leonard Collins.  Len might easily have been proclaimed the handsomest boy in Angel Falls were it not for his diminished capacity for common sense.  His awkward manner made him more a target for schoolyard pranks than the object for any girl’s affections. As such, Len’s unlined face showed genuine surprise when he noticed Jessie glancing in his direction.

Jessica and her magical shoes skipped lightly toward the perplexed Leonard Collins, and she whispered in his ear.  Len drew back in surprise, but she whispered once again, and he nodded, albeit uncertainly. Minutes later, Collins quietly left the raucous celebration behind and headed toward a thick stand of elm trees known as Dotson’s Woods.  Jessie waited ten minutes, made sure her father’s eyes were fixed elsewhere, and then followed.

But what Hazadore Combs hadn’t witnessed, others had. Noticing Jessie’s failure to join the final dance, Collins set aside his mouth harp and began to make inquiries. “Edna, you seen Jessie?” “Anybody seen my daughter lately?”

Nearly everyone had. And many had also noticed the direction she’d taken. No more than ten minutes behind his brazen daughter, Jessie’s jealous father took courage in two small swigs of corn liquor and stole into the darkened woods.

Outside the barn, the indifferent moon watched as the pair of lovers met up in a clearing, out of sight of prying eyes, or so they thought.  Banjo and fiddle strains perfumed the air with the forlorn music of a song called Bury Me Beneath the Willows, and Jessie’s small feet danced beside Len’s awkward work boots, their arms entwining, as the tall trees laughed above.

Hazadore Combs nearly lost his way in the dense stand of elms, but he soon found the small clearing, his tongue ready with a dozen sharp accusations, for he fully expected to discover his daughter in an intimate tryst with the dim-witted Collins boy.

What he discovered would forever haunt his dreams.

As Hazadore broke through the last clawing bits of thorny brush, the moon’s silver beams washed over the clearing and fell upon something dark and wet, jerking grotesquely upon the fallen leaves.  Neither Jessie nor the Collins boy was anywhere to be seen.

Combs drew closer to the twitching thing, his heart beating faster as the tempo of the fiddle music quickened apace.  Something in Combs’ soul told him to leave now, quit the fearful clearing, let someone else gaze upon the hideous Thing.

But his feet would not obey, and Combs now stood but a few feet from the red, jerky mass.  Steam rose from the thing, a delicate tendril reaching up into the cool night air like incense to some hungry god. Combs took another step, and the moon’s inconstant face emerged from behind a thin cloud, and her mocking beams fell full upon the steaming heap—a heap of flesh, red and pulsing in the night air.  The once human heap mocked Combs, for the cooling flesh wore no clothing, but more importantly, no skin.

He did, however, notice two dark items near the end of the hideous mass of wet crimson, and Combs screamed as he recognized the singular articles.

…………..To be continued in the next edition of Skywatch Magazine

← THE NEW SPECIES OF THE FINAL BEAST KINGDOM: How Technology and the Internet Relates to Bible Prophecy
Exclusive from Tom Horn: “INHUMAN” – Part I →