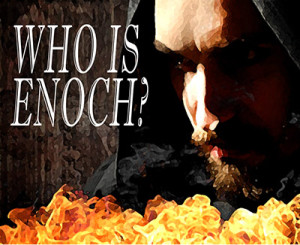 When man began to multiply on the face of the land and daughters were born to them, the sons of God saw that the daughters of man were attractive. And they took as their wives any they chose. Then the Lord said, “My Spirit shall not abide in man forever, for he is flesh: his days shall be 120 years.” The Nephilim were on the earth in those days, and also afterward, when the sons of God came in to the daughters of man and they bore children to them. These were the mighty men who were of old, the men of renown.[i]

Readers of Skywatch Magazine are already very familiar with this strange passage in the Bible. There is a rise of interest in it within the Christian community, from both the prophecy angle as well as that of primeval history and ancient man. But there is an ongoing controversy over what exactly happened in those ancient days. Several views have been held by orthodox Christian Church fathers and later theologians. The most popular view in ancient Judaism and the early Church was that the Sons of God were supernatural angelic beings who mated with human woman and their offspring were giants. More recent scholarly views argue that the Sons of God were either tyrannical kings who claimed divinity in their royal lineage, or human descendants from the “righteous” line of Seth who violated holiness and intermarried with the “unrighteous” line of the daughters of Cain. In these modern views, the Nephilim tend to be understood merely as mighty warriors of an ancient era.

I will not be arguing for any of these views in this article, but rather, I will be addressing the ancient Book of Enoch because it has made a significant impact on the current Watchers/Nephilim controversy. The theological scandal is that the book includes a very clear supernatural interpretation of Genesis 6 with angelic Watchers mating with humans who birth giants that walk among us. But even more, it expands upon that view with a detailed story of how these Watchers influenced mankind with occultic revelations and how the patriarch Enoch condemned the Watchers and their giant offspring who had become violent bloodthirsty cannibals.

If the book is a reliable source, it certainly adds to the controversial flames with this fantastic interpretation, but honest pursuers of truth should not discount any textual assessment because of a preconceived fear of where it may lead. We must follow the truth no matter where it leads us. And the Book of Enoch leads us to the supernatural interpretation of Genesis 6.

Many Christians are now quoting the Book of Enoch as if it were Scripture, or at least a true interpretation of Scripture in order to prove their supernatural view. Others are dismissing it as obvious fabricated legend without merit, or worse, heresy. Regardless of one’s interpretation, this esoteric ancient manuscript warrants an examination because of its popular and scholarly influence in its mysterious connection to the Bible.

Enoch in the Bible 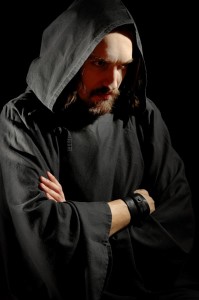 The ancient patriarch Enoch is surely one of the most enigmatic characters in all of Bible history. Outside of genealogies, he is only mentioned in one brief sentence in the Old Testament. But that single sentence has drawn volumes of speculation because it is so fascinating and mysterious.

In Genesis 4:17 we read about a son of Cain named Enoch, after whom, a city was built. But this is not our man. The Enoch we are looking at is the son of Jared, before the Flood, whose son was Methuselah, the oldest man in the Bible (Gen. 5:19-21). The text says that Enoch only lived 365 years, compared to the much longer time spans of those around him, reaching as high as Adam’s 930 years and Jared’s 962 (Methuselah’s record was 969).

Whether these ages are literal or symbolic, Enoch was on earth for only a short time because, as the text says, “Enoch walked with God, and he was not, for God took him” (Gen. 5:24). The phrase “walked with God” is used of Noah right after this and its context is righteousness and purity in a wicked generation filled with violence and corruption (Gen. 6:9-12). But it also carries the connotation of a direct and immediate relationship with God beyond mere obedience.[ii] Enoch had a holy intimacy with the Creator that separated him from the world around him.

This righteousness sheds light on the unique phrase that Enoch “was not, for God took him” (5:23). As Old Testament scholar Gordon Wenham points out, the idea of  “was not” cannot merely be a poetic way of saying “died,” because every other reference to the death of the men in that same genealogy is “and he died” (eight times). In contrast, Enoch is the only one with this peculiar wording “and he was not.” But this reflects the same wording used of Elijah’s translation to heaven in a chariot of fire, thus avoiding death (2 Kgs 2:1-10).[iii]

The New Testament confirms this interpretation of translation to heaven in Hebrews 11:

By faith Enoch was taken up so that he should not see death, and he was not found, because God had taken him. Now before he was taken he was commended as having pleased God.

The writer of Hebrews holds up Enoch as an example of the righteousness of faith under the Old Covenant. Even before Messiah came, even in the primeval era of humankind, faith was the expression of right standing before God.

The only other reference to Enoch is in the epistle of Jude where Enoch is quoted as a righteous man condemning the wicked of his generation.

It was also about these [evil blasphemers] that Enoch, the seventh from Adam, prophesied, saying, “Behold, the Lord comes with ten thousands of his holy ones, to execute judgment on all and to convict all the ungodly of all their deeds of ungodliness that they have committed in such an ungodly way, and of all the harsh things that ungodly sinners have spoken against him.”

I will have more to say about this passage shortly, but for now, let me just make the point that the three Biblical passages about Enoch paint a picture of a righteous man, in holy communion with God, during a time of great evil before the Flood, who prophesied judgment upon evildoers, and as a result of his God pleasing faith, was translated into heaven by God before he could die.

The Books of Enoch

There are actually three “Books of Enoch.” They are numbered but also go by the names of the language they are written in. Thus 1 Enoch is referred to as Ethiopian Enoch, 2 Enoch is called Slavonic Enoch, and 3 Enoch is called Hebrew Enoch. They are all considered to be Pseudepigrapha. Though this word literally means “false writings,” or writings attributed to an author who did not write them, J.H. Charlesworth argues that “rather than being spurious, the documents considered as belonging to the Pseudepigrapha are works written in honor of and inspired by Old Testament heroes.”[iv]

This newer denotation illustrates the attempt to distance the literature from the notion of deliberate deception and to highlight its sacred value to the community of faith. One is reminded of how the Pentateuch is often attributed to Moses, yet it remains anonymous and shows distinct signs that argue against his sole authorship.[v]

Loren Stuckenbruck complains that the modern notion of “falseness” in Pseudepigraphal authorship is an anachronism that fails to capture the ancient acceptance of anonymous writers using “ideal” authorship as a means of uniting the ancient past with the present and future in sacred connection. “They presented themselves, in effect, as voices about the readers’ remote past out of the remote past… This, in turn, would make it possible for the audience to participate imaginatively in that world in order to re-imagine and gain perspective on the present.”[vi]

As Charlesworth explains, the Pseudepigrapha includes a large body of manuscripts from various locations and authors that were composed around the period from 200 B.C. to about A.D. 200. They are either Jewish or Christian in origin, they are often attributed to ideal figures in Israel’s past, and they usually claim to contain God’s message, building upon ideas and narratives of the Old Testament.[vii] Some of the other well known Pseudepigrapha include Jubilees, The Testaments of the Twelve Patriarchs, Psalms of Solomon, the Apocalypses of Ezra and Baruch and many others.[viii]

Though 2 and 3 Enoch also contain material about the patriarch Enoch and his alleged visions and experiences, they do not carry the weight or influence that 1 Enoch has had on ancient Judaism and Christianity. 2 and 3 Enoch are both written much later and are plagued by diverse traditions of manuscript variations. 2 Enoch was most likely written sometime in the 2nd century after Christ. 3 Enoch shows evidence of later Jewish mysticism and claims authorship by a Rabbi Ishmael relating his visions of Enoch written anywhere from the 3rd to the 6th century A.D.[ix]

But the book that is traditionally intended when referring to “the book of Enoch” is the Ethiopian 1 Enoch. Its oldest sections are considered to have been written as early as 300 B.C., but the only complete manuscript we have available is an Ethiopic translation from 400-500 A.D.[x] Though early Church Fathers and the Ethiopian Church had been familiar with the text, it had been considered lost to Western scholarship until its rediscovery and introduction in the 1800s. The most recent discoveries in the 1950s of Enoch fragments among the Dead Sea Scrolls in Qumran suggest that the original language was Aramaic.

In the next article, we will take a closer look at the Book of Enoch, it’s literary genre, and it’s basic content.

Find out more information about Brian Godawa’s novel series, Chronicles of the Nephilim at http://www.ChroniclesoftheNephilim.com

[i] Most Bible passages quoted in this article are from The Holy Bible: English Standard Version (Wheaton: Standard Bible Society, 2001). Variations are from the New American Standard Bible: 1995 Update (LaHabra, CA: The Lockman Foundation, 1995).

← When Prophecies Collide: The Clash of Apocalyptic End Games (Part 1)