Josh Peck On Part Two Of The Coming Technocalypse -Vacuum Energy, Gravitons, And The Theory Of Everything

In the first installment of “The Coming Technocalypse”, we looked at three emerging technologies and the possible dangers involved. Here, in Part 2, we will look at three discoveries that are closer to becoming a reality than what the general public might realize. These discoveries could lead to unimaginable and potentially dangerous technological advances. As we discussed in Part 1, we have a responsibility to be aware of the things coming on the world so we can prepare. Hosea 4:6 reads: “My people are destroyed for lack of knowledge: because thou hast rejected knowledge, I will also reject thee…” One type of discovery that could be on our horizon is in the field of renewable energy sources. One of these sources is known as zero-point energy or, perhaps more accurately, vacuum energy. Wikipedia explains zero-point energy as follows: “Zero-point energy, also called quantum vacuum zero-point energy, is the lowest possible energy that a quantum mechanical physical system may have; it is the energy of its ground state. All quantum mechanical systems undergo fluctuations even in their ground state and have an associated zero-point energy, a consequence of their wave-like nature.” At first read, this can sound convoluted and confusing. Basically what this is saying is the smallest amount of energy possible for things on a quantum level (smallest of the small) is it’s zero-point energy. Because things on a quantum level behave as waves, the energy increases and decreases. The place it decreases the most is it’s ground state (zero-point energy). (READ MORE) 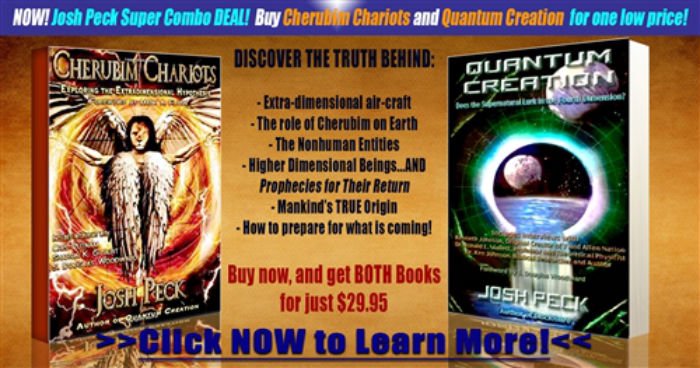 GET BOTH OF JOSH PECK'S BOOKS FOR ONE LOW PRICE!