FOR WHOM THE BAAL TROLLS (Pt 4) 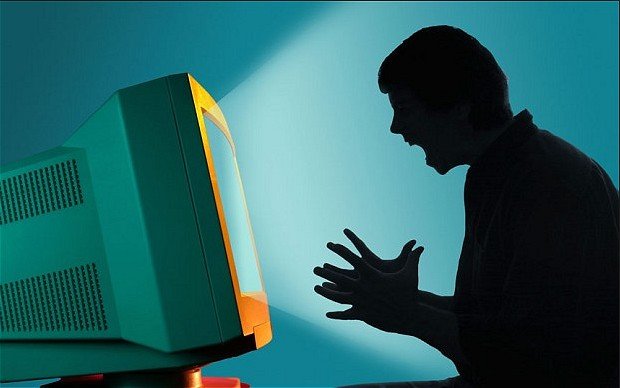 I saw the Lord sitting upon his throne, and all the host of heaven standing on his right hand and on his left. And the Lord said, “Who shall entice Ahab king of Israel, that he may go up and fall at Ramothgilead?” And one spake after this manner, and another saying after that manner. Then there came out a spirit, and stood before the Lord, and said, “I will entice him.” And the Lord said unto him, “Wherewith?” And he said, “I will go out, and be a lying spirit in the mouth of all his prophets.”

While the pages of nearly all books on spiritual warfare abound with examples of people becoming possessed or demonized by entities as a result of deviant perversion, drug use, violence, occultism, or other depravations of immoral behavior, including infidelity and witchcraft, the most powerful instruments of satanic bondage by far witnessed during my decades of executive ministry were connected to something much more dangerous than personal failings. The superior enemies to which I refer are demons of religion that infest institutional Christianity.

This is not a daring statement.

And while until now I have focused mostly on the single lonely individuals that sit in their homes receiving demonic pleasure by trolling for misery of others, those detestable activities are only part of the problem—the “spirit of the trolls” exists among some church leaders too. Just as a lying spirit filled the mouths of the prophets in 2 Chronicles 18, and just as Jesus confronted unclean spirits inside the synagogue (Mark 1:23) and connected some of the priestly leaders of the Temple to the strongest power of Satan on earth (John 8:44; Matthew 13:38 and 23:15), robust echon daimonion exists today from the lowest to the highest levels of denominational establishment among institutional members who are possessed (whether they perceive it as such or not) by luciferian ambition. This will come as no surprise to truly born-again and seasoned spiritual warriors, as it is the result of a common military strategy. The church represents the single establishment on earth capable of undoing Satan’s plans, and is therefore the natural enemy of the kingdom of darkness and the epicenter against which all spiritual wickedness must ultimately be focused. The church, through its hierarchies and institutional constructs, is therefore the primary target for infiltra
tion by agents of darkness wherever human weakness allows for penetration by daimonions. Among others, the apostle Paul recognized this specific danger, warning the church in Corinth that “false apostles” were masquerading among them as ministers of Christ. “And no marvel,” he revealed, “for Satan himself is transformed into an angel of light. Therefore it is no great thing if his ministers also be transformed as the ministers of righteousness” (2 Corinthians 11:13–15). 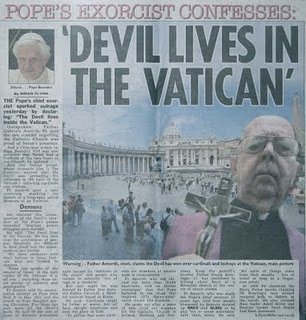 Consistent with this phenomenon, Father Gabriele Amorth, a renowned exorcist in Rome whose book, Memoirs of an Exorcist: My Life Fighting against Satan, was released in 2010, admits to the existence of “satanic sects in the Vatican where participation reaches all the way to the College of Cardinals.” When asked if the Pope was aware of this situation, he replied, “Of course.”[i] Similarly, before he was tragically killed in an automobile accident in 2011, Rev. David Wilkerson reported daimonion activity within evangelical institutions as well:

A number of [former] witches are warning that Satanists are infiltrating the church—especially charismatic churches. Some of these [are] telling of a diabolical plot by evil witches to enter congregations posing as super-spiritual Christians. Many of these evil witches, they say, are already firmly established in numerous churches, controlling both the pastor and congregation and causing great confusion, wickedness, divorce—even death. We have received many letters in our office from people who say they believe their pastor must be under some kind of demonic influence—and I believe many of these letters are very legitimate.[ii] 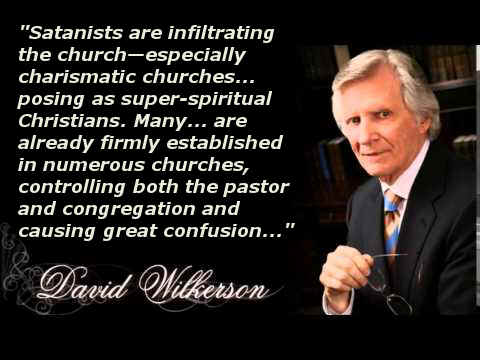 Wilkerson, who at one time was a member of the same organization we served, was correct in asserting that some of those who pose as super-spiritual Christians (including Internet troll “theology cops”), department leaders, pastors, and even state office holders and denominational headquarters executives are in fact instruments of evil. Thankfully, there are other church members, pastors, and leaders who, as sincere believers, have become increasingly aware of this sinister invasion into organizations by daimonions and in recent years have made special efforts to teach their congregations how to identify the differences between “religious spirits” and true Christianity.

Sometimes “identifying” the misdeeds of “religious spirits” is not really that hard to do.

For example, just about every solid Bible expositor I know has been tirelessly harassed online the last few years by fake defenders of the faith. Yet, not once have these self-proclaimed “guardians of the truth” (including one TV preacher who dedicated an entire edition of his “Ministry” magazine last year to slanderously vilifying all of today’s most popular prophecy preachers as apostates [all but himself, of course!]) actually followed the Bible’s mandates themselves, directives that very specifically outline how believers are to deal with error in the church. The New Testament books of Matthew, Galatians, Thessalonians, Romans, and others provide guidelines for dealing with differences between true believers. These verses teach us that if we perceive a brother or sister as falling into error, we are to:

With that in mind, the next time you are online reading some troll’s diatribe about Carl Gallups, Chuck Missler, Gary Stearman, Steve Quayle, L. A. Marzulli, Cris Putnam, Jonathan Cahn, Josh Peck, Gonz Shimura, Joel Richardson, yours truly, or any of the other current favorite targets, ask yourself if the hatchet people attacking them ever bothered to obey Scripture and go to the person PRIVATELY with their concerns in a loving spirit of restoration (they haven’t), and then “be careful little eyes what you read,” because these scripture-guideline-stomping destructive forces seek to contaminate your mind and spirit (see Prov. 4:23–27) in order to draw YOU TOO over to the dark side.

Be absolutely clear about this, as well: NOTHING in Scripture allows for setting up websites, blogs, or other mediums to PUBLICALLY and routinely lambast believers with accusations—that is the job of Satan and his followers!  He is the father of lies and the “accuser of our brethren…which accused them before our God day and night” (John 8:44; Rev. 12:10).

For all the value the Internet has given believers, it also has “unlocked something dark in humanity,” says acclaimed author Anthony Horowitz in a newspaper interview.[iii] Horowitz, a best-selling children’s fiction writer in the UK, was speaking at the Oxford Literary Festival when he described how Internet trolls are “foul, disgusting and cruel” and that “evil is getting the upper hand.”[iv] His passionate comments came on the heels of relentless and vicious online feedback he received following a television appearance. Mr. Horowitz is certainly not alone in this experience, as any notable writer can attest—especially Christians who pen edgy, newsworthy, or prophetic material.

And yes, that includes me and people like me. In fact, every leader with whom I am associated in news, print, television, and social media has been under growing attack the last few years, and not from those you would expect. Religious “Christians”, not atheists or unbelievers per se, form the largest part of the swelling ranks of warfare aimed at criticizing true Bible-based works. Because such discontents cannot stop people from hearing God’s prophets, they (and the spirit they allow to channel through them) at a minimum seek to divide and confuse ungrounded babes in Christ who, while seeking a deeper relationship with Jesus, end up online. Those who would destabilize these believers have always existed, of course. I witnessed ingrates in every town where I pastored throughout the 1970s–1990s. But today the Internet has given malcontents a place to hive and to hide behind screens while using spiritual-sounding titles and websites to voice their ungraciousness. And while their audiences are very tiny at this time, their contaminated spirits threaten to take root and could explode under the coming legions that will fuel the empire of the Son of Perdition. Simply put, the words of Jesus that “ye shall know them by their fruits” (Matt. 7:15–16) have never been more important. These instructions of Christ should serve as a warning to all believers to monitor their motives, to examine their hearts, if truly they are altruistic or if in fact they are energized by selfish ambition, because the latter is the Lucifer-effect that Antichrist will use to energize the coming war between Christian vs. Christian, a time when it will be eternally important to know you are on the right side.