FOR WHOM THE BAAL TROLLS (THE CONCLUSION — PART SEVEN) 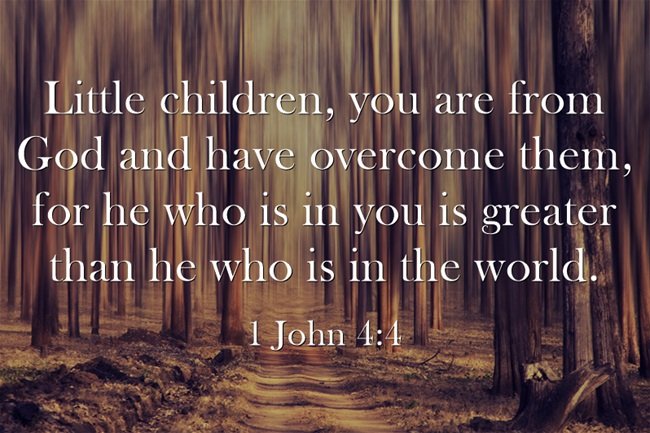 When considering the seven parts of this short series FOR WHOM THE BAAL TROLLS, it should be frighteningly clear that those who lack discipline in their thought life and troll believers while “playing church” are actually playing with fire. We cannot help but shudder at some of the congregants we have known through the years who similarly surrendered their minds to malevolent religious spirits and afterward left a trail of questions, division, and destruction in their wake. As the reader, perhaps you too at one time observed damage done to a person(s) either online or at a local fellowship before the offending party(s) moved down the road to repeat their mayhem elsewhere, and were confused by what you could or should do about it, if anything. That’s partly why I wrote these seven parts concerning troublesome individuals (trolls) because real Christians are often unsure over what role, if any, spiritual warfare should play with respect to them—especially given that Ephesians 6:12 says “we wrestle not against flesh and blood.” Yet hermeneutically speaking, it is often impossible to discern exactly how “principalities and powers” engage the church in warfare without taking the human element into account—that sometimes people, because of the choices they make, are the problem, or least a part of it. Second Timothy 4:14–15 illustrates that this is not a contradiction of Ephesians 6:12, as the writer of Ephesians himself refers to a man named Alexander the coppersmith, saying that he “did me much evil: the Lord reward him according to his works: Of whom be thou ware also; for he hath greatly withstood our words [the Gospel].” The great commentator Matthew Henry says this text illustrates that “there is as much danger from false brethren, as from open enemies.” Though Paul wrote the book on spiritual warfare, including the phrase, “we wrestle not against flesh and blood,” he did not blame immaterial spirits that may have been operating behind Alexander the coppersmith. He named the man himself as the culprit and warned Timothy to beware the damage he could do to the work of the ministry. The point to be made from this is not one of personal revenge toward a wrongdoer, but that wisdom is needed during spiritual warfare because prayer is most profitable when it is directed with specificity—in this case, recognizing the source of the problem, the conduit, even when it is made of flesh.

Jesus likewise verbalized the difference between people who attend religious services (whether brick-and-mortar facilities or today’s virtual church world) and become tools for evil as opposed to good, and we note with particular interest His genius in using the small yet powerful word “of” to contrast the two for His followers. In John 8:44, He said of the Pharisees, “Ye are of your father the devil, and the lusts of your father ye will do” (emphasis added), while in Luke 9:51–56, when James and John wanted to call fire down from heaven upon Samaritan villagers, He rebuked them and said, “Ye know not what manner of spirit ye are of. For the Son of man is not come to destroy men’s lives; but to save them” (emphasis added).

This amazing yet insightful little term “of” probes beyond temporal human activity to identify whose dominion one belongs to and what spirit holds one’s allegiance and offers one motivation. The Pharisees were “of” their father the devil, while the disciples James and John were still learning the nature of the spirit they were “of.” The Word of God was therefore used by the Pharisees—the ancient “trolls” they were—as a tool for destruction, illustrating what spirit they were “of,” while Jesus and His followers used the same tool to give life to others.

Some years ago, my wife Nita worked in a state department beneath a woman who was driven by similar thirst for Pharisee-like church authority and who not only made a habit of demeaning those under her but actually seemed to delight in being as hurtful as possible to people she viewed as not having the same level of political influence she did (though later she was disciplined for conspiring against state leaders). Her spirit seemed to especially enjoy using the Bible as a weapon to denigrate and control others. Nita did her best to simply stay out of the woman’s way, but wasn’t always successful. One day, with the woman’s department informational packet scheduled to be mailed and a distressed-looking secretary whose job it was to get them collated looking for assistance, Nita jumped in to help. A few moments later, the woman who could wield the Word like an unholy sword (Proverbs 12:18) came in and began reciting a finely tuned sermon from memory. She was good with words and practiced at sermonizing, and this three-pointer was especially designed to illustrate this fact and to demean anybody not as eloquently instructed as she. When finished, she looked at Nita and said, “So, Nita, where are you in God’s Word, hmm?” The sermon had its intended effect, and for a few moments Nita felt as unworthy to be in that office as the supervisor had probably hoped she would. Who am I, really, to serve in this capacity as state director for a girl’s ministry? she thought to herself. I don’t preach, don’t prophesy, and don’t do miracles. I didn’t even have time for devotions this morning.

As the two-edged swordswoman cocked her head, somehow knowing she had found important organs, Nita answered, “Well, I usually have devotions each day. Right now, I’m using My Utmost for His Highest as an outline with my Bible reading.” Then, for some reason, she added, “But, I didn’t have devotions this morning. Time got away from me, and I had to hurry and hit the road to get here on time.” It was a two-hour drive to the office one way.

“Well, Nita,” swordswoman replied caustically, turning aristocratically to walk away, “We must make sure that we are in God’s Word so that we can be good examples to those under our leadership.”

After helping the secretary finish her work, Nita returned to her office and placed her head in her hands. “Lord, why did you bring me here?” she prayed. “There are so many other women who are much more qualified than I am to lead this department. Women who somehow manage to read the Bible every day, quote Scriptures at the drop of a hat, and rattle off a perfect homiletic.” Nita brooded and cried over the slight for nearly two weeks. Just to think that she had displeased her supervisor, set a poor example for the secretary, such shame. Then, a few days later, still feeling the pain, still asking God if she should resign so that a more worthy person like the supervisor could fill her spot, a profound but still quiet voice whispered to her, “Nita, your qualification to do what I have called you to do is not measured by where you are in my Word. The question is not ‘Where are you in my Word, but where is my Word in you?’ Satan knows my Word and can quote it ad nauseam, but it is not within him to do my will.” In that moment, Nita bowed her head and asked forgiveness for doubting her placement in the state office.

Nita learned a valuable lesson that day. One I hope you will keep in mind whenever you or somebody you know is under attack by demonic trolls. Knowing what spirit one is of and embracing the Word of God accordingly is vitally important, “For the word of God is quick, and powerful, and sharper than any [troll’s] twoedged sword, piercing even to the dividing asunder of soul and spirit, and of the joints and marrow, and is a discerner of the thoughts and intents of the heart…. Seeing then that we have a great high priest, that is passed into the heavens, Jesus the Son of God, let us hold fast our profession. For we have not an high priest which cannot be touched with the feeling of our infirmities; but was in all points tempted like as we are, yet without sin. Let us therefore come boldly unto the throne of grace, that we may obtain mercy, and find grace to help in 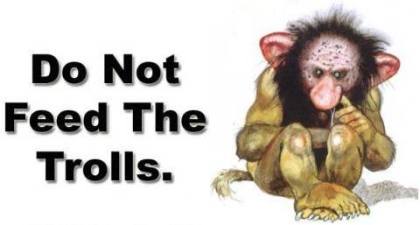