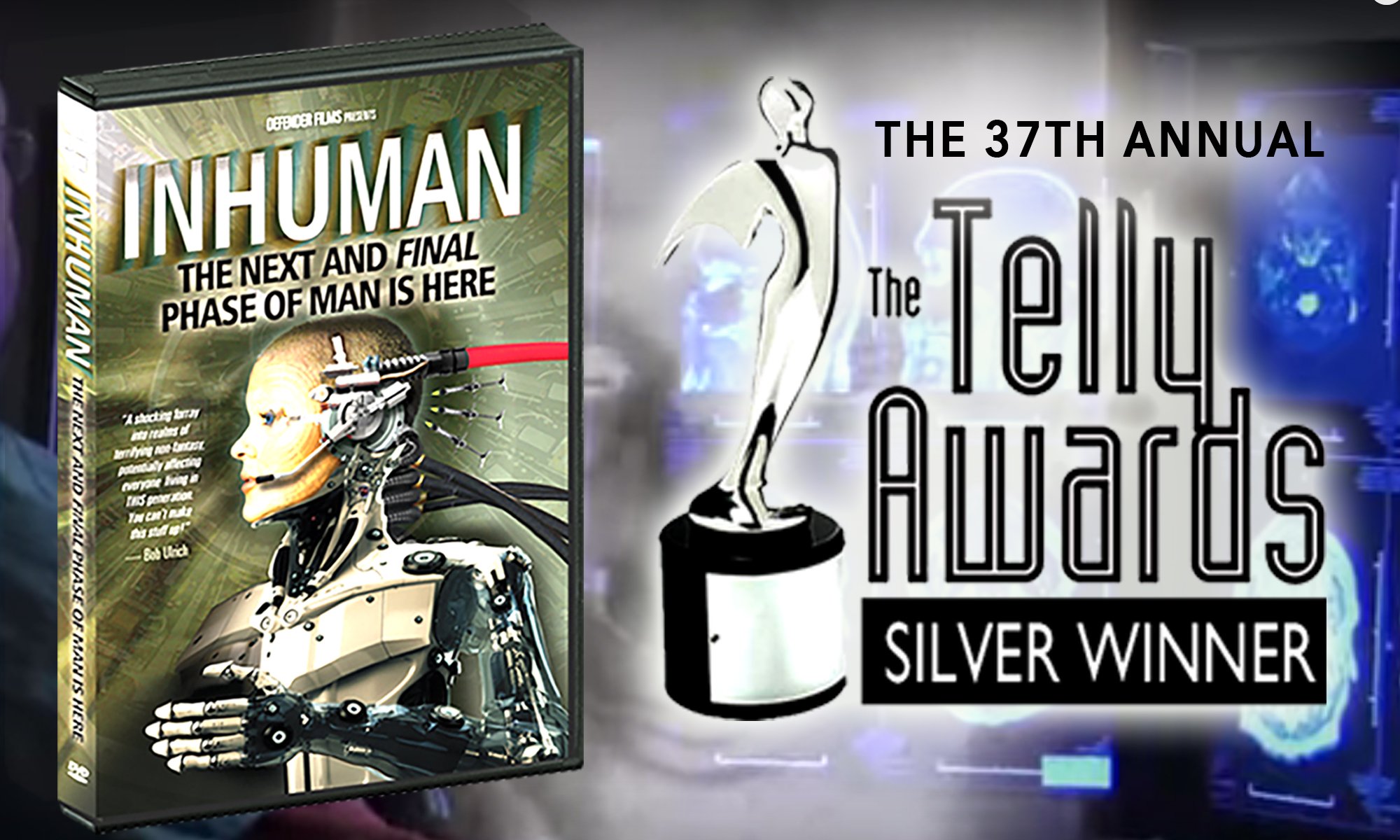 Crane, Mo. – April 26, 2016 – The Telly Awards has named Defender Films as a Silver winner in the 37th Annual Telly Awards for its documentary film Inhuman: The Next and Final Phase of Man is Here.   With over 13,000 entries from all 50 states and numerous countries, this—the Telly’s highest award and recognition for excellence—is truly an honor.

Inhuman, the first release from Defender Films, is an investigative documentary from the internationally acclaimed team at SkyWatchTV.  Inhuman travels the globe, interviewing internationally renowned experts, to unveil for the first time how breakthroughs in science, technology, and philosophy—including cybernetics, bioengineering, nanotechnology, machine intelligence, and synthetic biology—are poised to create mind-boggling changes to everything we know about Homo sapiens.

A fast-growing cultural movement known as Transhumanism intends to use these powerful new fields of science and technology to redesign our minds, our memories, our physiology, our offspring, and even perhaps—as Professor Joel Garreau, Lincoln Professor of Law, claims—our immortal souls.

The Telly Awards was founded in 1979 and is the premier award honoring outstanding local, regional, and cable TV commercials and programs, the finest video and film productions, and online commercials, video and films.  Winners represent the best work of the most respected advertising agencies, production companies, television stations, cable operators, and corporate video departments in the world.

A prestigious judging panel of over 500 accomplished industry professionals judged the competition, upholding the historical standard of excellence that Telly represents.  The Silver Council evaluated entries to recognize distinction in creative work – entries do not compete against each other – rather entries are judged against a high standard of merit.  Less than 10% of entries are chosen as Winners of the Silver Telly, its highest honor.

“The Telly Awards has a mission to honor the very best in film and video,” said Linda Day, Executive Director of the Telly Awards.  “Defender Films’ accomplishment illustrates their creativity, skill, and dedication to their craft and serves as a testament to great film and video production.”

Defender Films CEO Tom Horn said, “Receiving the Silver Telly for our first film is a real honor, especially for a film on a complex topic that hasn’t received enough attention from Christian media.  It’s a testimony to the talent and hard work of our team at Defender and SkyWatchTV.” 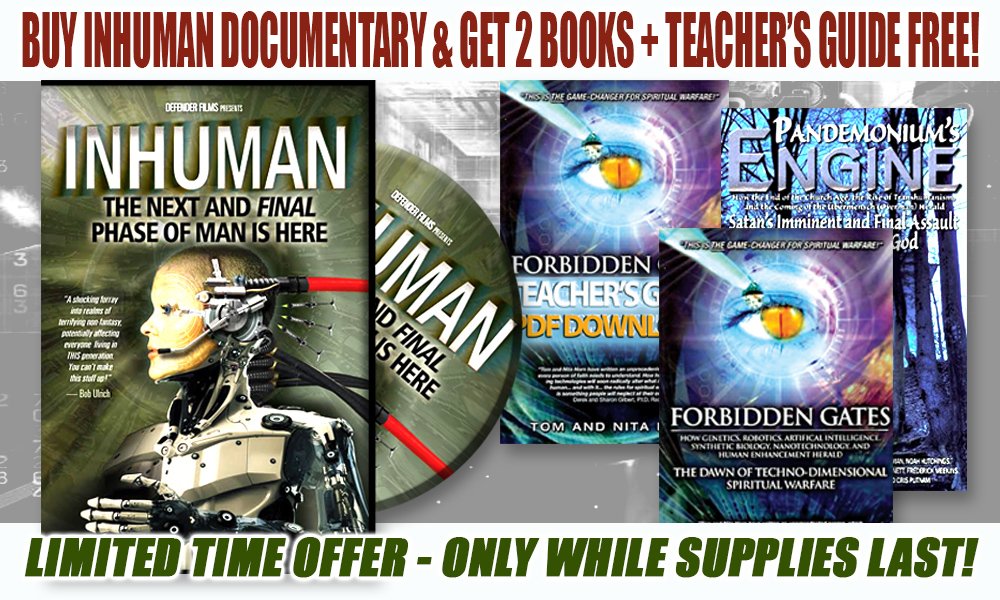 Defender Films is the documentary film division of SkyWatchTV Corp., a new paradigm in Christian broadcasting that investigates prophecy, discoveries, and the supernatural. 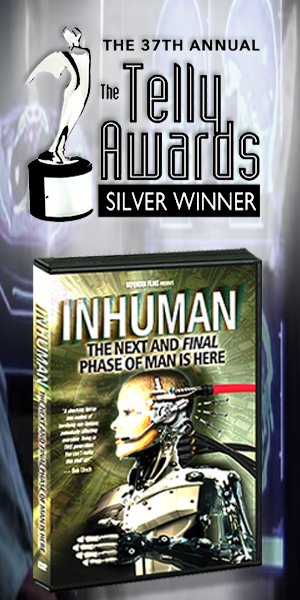