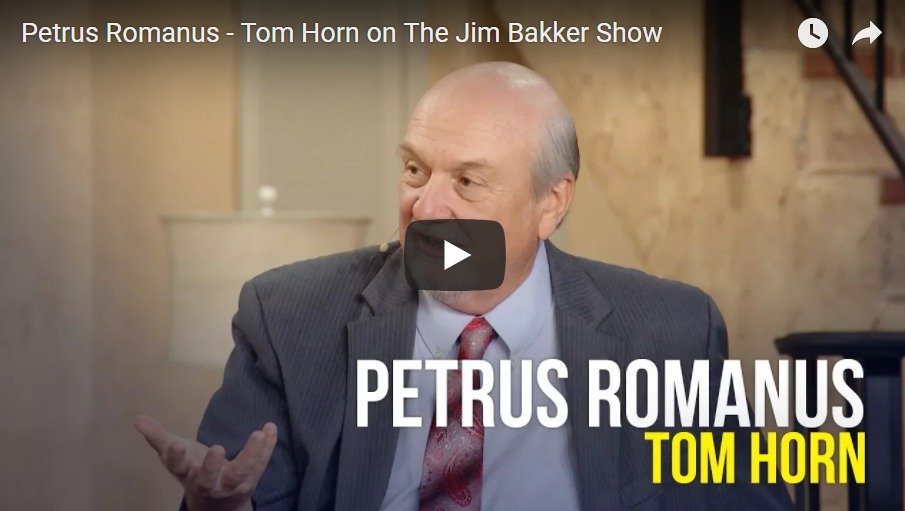 In the 6-minute video, author Tom Horn explains why Pope Francis might not be the one who fulfills St. Malachy’s 878-year-old prophecy, which foretold specific details of each of the final 112 Popes, concluding with Petrus Romanus, which means Peter the Roman, who will be serving as Pope when Rome is destroyed and God judges His people. Malachy wrote the following prophecy about the 112th Pope. “In the final persecution of the Holy Roman Church, there will sit Peter the Roman, who will pasture his sheep in many tribulations, and when these things are finished, the city of seven hills will be destroyed, and the dreadful judge will judge his people. The End.” In 2011, Tom Horn accurately predicted the 2012 resignation of Pope Benedict XVI, the 265th Pope. Pope Francis replaced him, taking office on March 13, 2013. Everyone agrees Pope Benedict XVI was the 111th Pope since Malachy’s prophecy. So, Pope Francis appears to be the 112th, the one who must fulfill the prophecy. However, Tom Horn believes Pope Francis is not the one. (READ MORE & WATCH CLIP)