GIANTS-TO-SCALE WILL GREET “GEN-SIX TRUE LEGENDS CONFERENCE” ATTENDEES THIS YEAR; UNPRECEDENTED EVENT TO FOCUS ON MODERN GENETICS REVOLUTION WITH WORLD-FAMOUS SCIENTISTS, TECH LEADERS, FUTURISTS, AND MEMBERS OF “THE MILIEU” QUESTIONING WHETHER WE HAVE ENTERED THE END-TIMES DAYS OF NOAH (LOOK FOR SKYWATCH TV PROGRAMS AND MORE DETAILS THROUGHOUT JANUARY-MARCH)

One of the most detailed accounts of giants in Peru was written by renowned conquistador and chronicler Pedro Cieza (pronounced see-es-a) de Leon who recorded a popular legend among the natives concerning giants that landed on the peninsula of Santa Elena The natives say that the giants were so large that a man of common stature measured only up to their knees. When the giants landed at Santa Elena they built massive houses and dug extremely deep wells. The infamous houses of the giants were still standing, and their wells were still in use, during and after the conquest of Peru, and are referenced numerous times in the historical records from that era… (READ MORE) 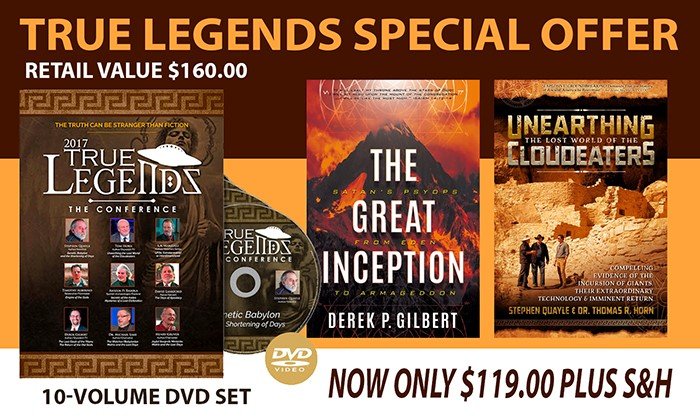