Seeds Of Another Great Awakening? While ‘Dead Formulaic Churches’ Are Definitely In Decline Across The US, New Report Shows True American Religiosity ‘Growing More Exceptional All The Time’

Contrary to popular opinion, religiosity is not on the decline in the United States but enjoys “persistent and exceptional intensity,” according to groundbreaking new research. In an analysis of recent scholarship, Glenn T. Stanton notes that while moderate religion is indeed slipping in the United States, intense religious belief and practice, especially among Christians, is holding strong and even increasing. A report last month by scholars from Harvard and Indiana Universities suggests that the secularization taking place in many advanced industrialized societies does not in fact hold for American culture, and that religiosity in the United States is growing ever more exceptional in comparison with the rest of the world. (READ MORE)

FREE BOOKS FOR A LIMITED TIME WITH THE PROPHECY BLAZING NEW BEST-SELLER “TRUMPOCALYPSE”!” 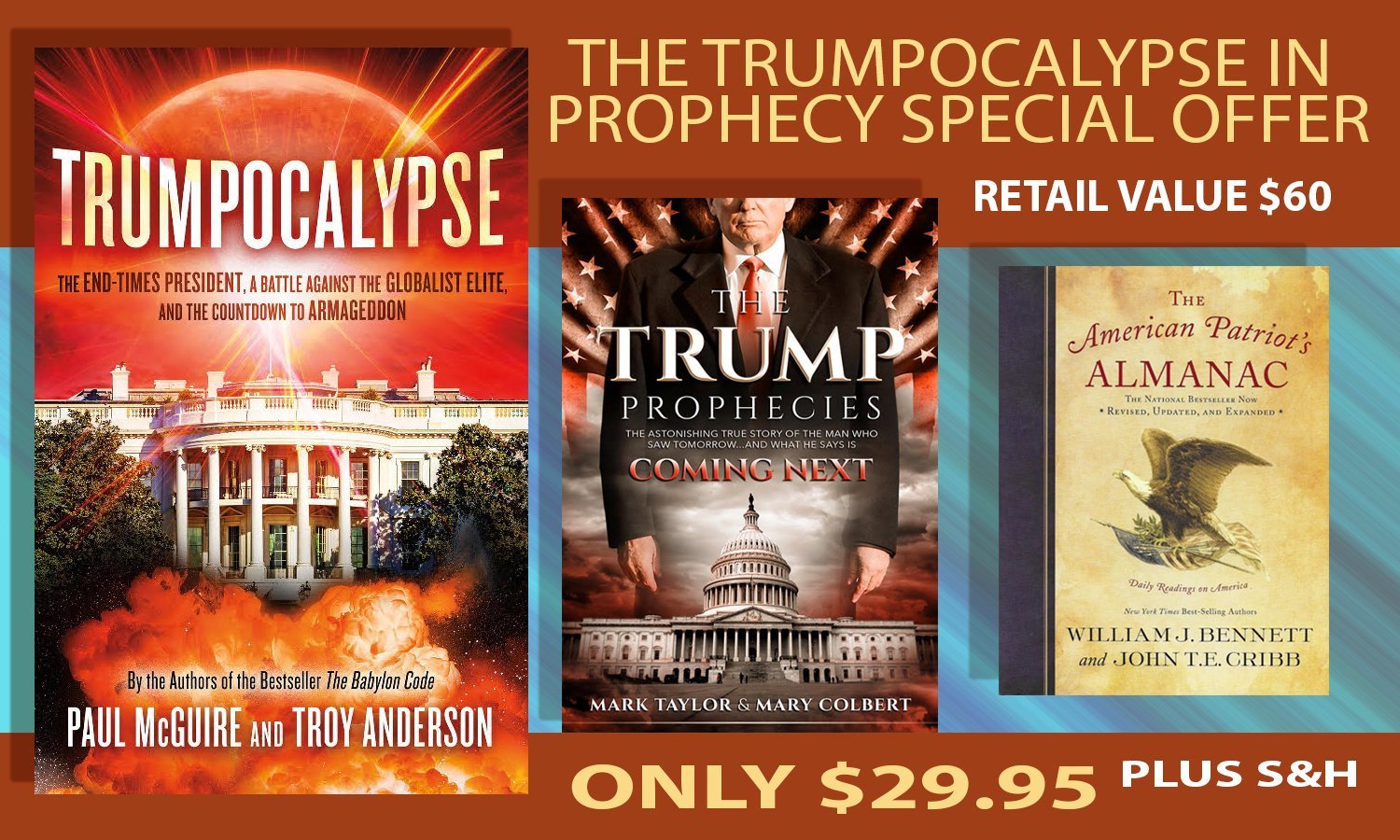 FREE BOOKS FOR A LIMITED TIME WITH THE PROPHECY BLAZING NEW BEST-SELLER “TRUMPOCALYPSE”!”