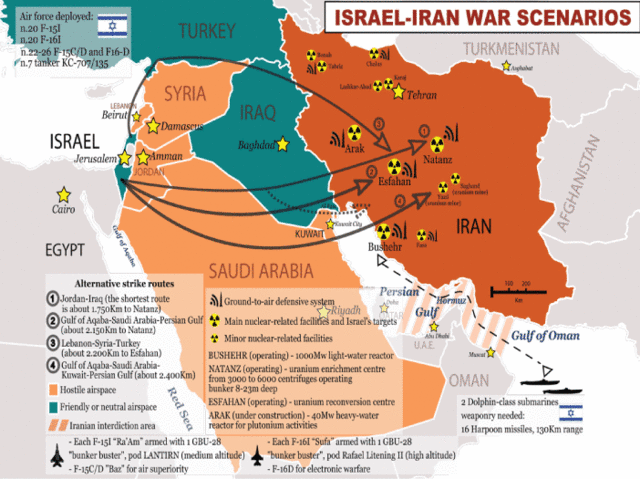 Iran and Israel are on a collision course over Tehran’s expanding footprint in Syria, raising the odds of a direct clash between the region’s two military heavyweights that could quickly draw in other combatants. With Iran and Lebanon’s Hezbollah movement, Iran’s most potent military ally, emboldened by their success in upholding Syrian President Bashar Assad, Israel is growing more and more wary of being attacked by missiles not just from southern Lebanon but also from inside Syria. (READ MORE)