Is Hillary, As Investigated In The Best-Selling Book SABOTEURS, Part Of A Witches Coven? 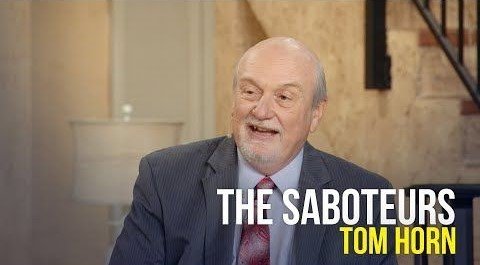 In an important WND feature story this week (WOMEN WELCOME HILLARY AS ‘NEWEST MEMBER OF OUR COVEN’) journalist Bon Unruh describes the “twice-failed presidential candidate” Hillary as the newest member of The Wing, a no-men-allowed organization described by its founders as “a coven, not a sorority.” The all-female club includes a line of “special cosmetics” and apparel, which WND points out includes a “Wing Coven Longsleeve Tee” and a “Wing Coven Beanie” that bares a pentagram design, “long the favorite of witches and Satanists everywhere.”

The article continues: “If pentagrams aren’t your thing, you might consider the Ouija Tee, which is very like the popular Ouija board. And don’t forget to pick up the ‘Fortune Tell-her Pack’, which has an Ouija-like planchette pin. The charming slogan for this product is ‘Ask and you shall receive whatever the hell I decide.’” [i]

As some readers know, in my best-selling book Saboteurs, I documented how a dark side of Hillary is connected to such coven elites. During her husband Bill’s first presidential term, she actually came under heat for hosting “seances” in the White House with spirit-guide Jean Houston, during which she visited with the phantom of her political inspiration Eleanor Roosevelt.[ii]

While speaking at a dedication ceremony for the Franklin D. Roosevelt Four Freedoms Park in New York City in 2012, Bill Clinton admitted Hillary talks with the dead and even channeled a message for him from a familiar spirit calling itself “Eleanor,” which Hillary wanted him to let the family know about, which he seemed proud to repeat:

A special thanks to the members of the Roosevelt family who are here. And the one who is not, Eleanor, who made sure that the four freedoms were included in the preamble to the Universal Declaration of Human Rights in 1948. I know that because, as all of you famously learned when I served as president, my wife, now the secretary of State, was known to commune with Eleanor on a regular basis. And so she called me last night on her way home from Peru to remind me to say that. That Eleanor had talked to her and reminded her that I should say that.[iii]

According to author and journalist Bob Woodward, who helped break the Watergate scandal, when Hillary’s medium Jean Houston suggested she also talk with Jesus Christ, Hillary clammed up and refused to speak to the Son of God, which may be understandable, given recent Wikileaks discoveries that indicate something much creepier may have been transpiring between her and the Evil One. Clinton insider Larry Nichols perhaps put his finger on part of the forbidden knowledge when he said Bill Clinton told him that Hillary was indeed a member of a coven in California that regularly met to practice witchcraft.

Bill told me that she was going out there, she and a group of women, and she would be a part of a witch’s church. Man, when Bill told me that, he could have hit me with a baseball bat. I tried to point out to him, “Do you realize what would happen if that got out?” Of course my job was to make sure it didn’t get out.

Now I don’t know…if Hillary still partakes in the witch ritual…. But for the better part of many years, Hillary would go quite often, whether it was regularly once a month, or maybe once every couple of months, she would go out on the weekend simply to be a part of it.[iv]

Are such comments by Larry Nichols trustworthy?

Given that third-party information by anyone can be suspect, I find far more concerning the revelations from Wikileaks in which private e-mails between Hillary, John Podesta, and others from their own private computers were uncovered that disclose a radical level of occultism was going on in the leadup to the last presidential election, and it is right out of the Libri of Aleister Crowley.

On this, Douglas Ernst of the Washington Times released a stunner of a headline November 4, 2016: “WikiLeaks: Podesta invited to ‘Spirit’ dinner; host’s known ‘recipes’ demand breast milk, sperm.” The feature story involved WikiLeaks’ releases of stolen e-mails belonging to John Podesta, Hillary Clinton’s campaign chairman at the time (besides WikiLeaks founder Julian Assange releasing Podesta and Hillary e-mails, federal agents had found documents linked to Mrs. Clinton’s e-mail server while investigating former congressman, Anthony Weiner, who was later found guilty of sending illicit texts to a minor girl). The Washington Times’ featured e-mail in the story was one from John’s brother, Tony, inviting him to a “Spirit Cooking dinner” to be hosted at the home of Marina Abramovic, a so-called artist whose Spirit Cooking with Essential Aphrodisiac Recipes was released in 1996. Abramovic’s recipes include ingredients similar to what infamous occultist Aliester Crowley taught his disciples to use when communicating with fallen angels—blood, urine, breast milk, sperm, and other elements that are consumed by satanists on particular nights to bring their actions and thoughts into contact with supernaturalism (New York’s Museum of Modern Art even called Abramovic’s “cookbook” a manual for “evocative instructions for actions or thoughts”).

“Dear Tony, I am so looking forward to the Spirit Cooking dinner at my place,” Ms. Abramovic says in a June 25 e-mail. “Do you think you will be able to let me know if your brother [John] is joining? All my love, Marina.” Tony forwarded the e-mail to John, adding, “Are you in NYC Thursday July 9 Marina wants you to come to dinner?”

It is unknown if John Podesta attended the ceremony or what may have taken place if he did, but Ms. Abramovic is a self-proclaimed mystic whose “artistic” demonstrations include cutting and stabbing herself with sharp knives during masochistic rituals, depictions of cannibalism, getting naked and slithering about on the floor with snakes, and, under the right circumstances (she says), seeing through a dimensional veil into the future. Aliester Crowley claimed the same. We also know a bit about Ms. Abramovic’s secret demonstrations from a thoroughly disgusting gala dinner she conducted and that was hosted at MOCA Grand Avenue on November 12, 2011, in Los Angeles, California. Seven hundred fifty guests were there that night, including celebrities like Will Ferrell, Gwen Stefani, Tilda Swinton, Pamela Anderson, Gov. Jerry Brown, Mayor Antonio Villaraigosa, and numerous others. They each paid $2,500 and more to be seated where human heads protruded as centerpieces through holes in dinner tables and food was served that included bloody-looking meats and spaghetti that appeared like human intestines and bowels. Elsewhere in the room that evening, nude “performers” lay on top of skeletons and “breathed life into them” while life-sized nude cake replicas of Abramovic and the evening’s singer, Debbie Harry, were carried out and ritualistically “sacrificed” with large knives thrust into their hearts. The razor-sharp cutting devices exposed the “murdered” women’s blood-red innards, followed by the evening’s guests laughing and eating the two “ladies.” When I watched the presentation for this and reviewed the published images (you can see them for yourself online, but be warned they are very disturbing), I wondered where the outrage was among the women’s rights advocates amidst these liberals! Really? Depicting the grotesque slaughter and consumption of female murder victims is fun and entertaining?

Beyond the absurdity of the symbolically satanic and revolting gala above, the fact that former highly placed Hillary staffers are on a first-name basis with people like Abramovic and participate in “spirit-cooking” rituals is not only concerning, but leaves reason to believe this is just the tip of the iceberg.

I say that because, as readers of Saboteurs are also aware, a sinister secret can be perceived from the Podesta e-mails having to do with Hillary and a series of sex-magic rituals that were conducted between January through March in 1946. These ceremonies were called the Babalon Working and, if you want to know what it has to do with Hillary, I extracted a bit of the information from Saboteurs and posted at the following link: https://www.skywatchtv.com/2017/09/05/saboteurs-part-10-high-strangeness-hilarion-babalon-working/