Last Clash of the Titans Part 1: Return of the Old Gods 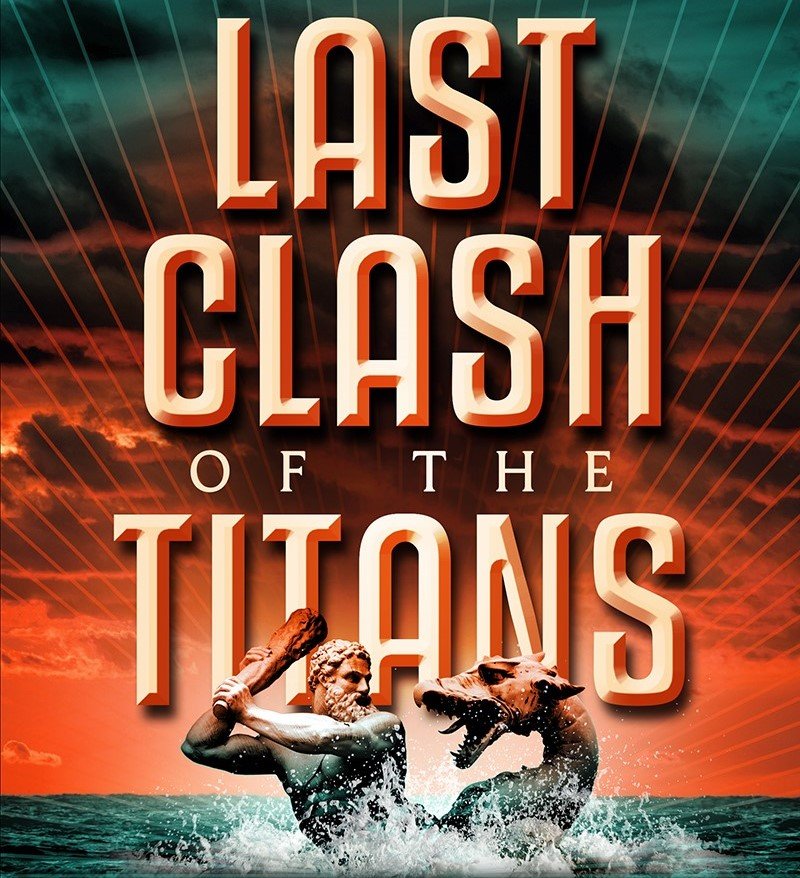 [EDITOR’S NOTE: This new online series examines some of the truly groundbreaking research in Derek Gilbert’s new book Last Clash of the Titans]

As flies to wanton boys are we to th’ gods; they kill us for their sport.
—King Lear, Act IV, Scene I

The gods of Greek mythology are real. They’re angry, and they’re coming back.

Wait, you’re thinking. I thought this guy was a Christian.

The Greek tales of their deities and demigods are bastardized versions of true history. Zeus is Satan. The Titans are the “sons of god [who] came in to the daughters of man.” The heroes of the Golden Age were “the mighty men who were of old, the men of renown.”

Now, let’s be clear: We do not seek truth in the myths of Greece and Rome. We can, however, gain a deeper understanding of the Bible by viewing the world through the eyes of the prophets and apostles, and they knew very well what their pagan neighbors believed. Much of what they wrote was directed at the pagan gods.

If you were brought up in church, there’s a good chance that, like me, you were taught that the idols of the pagans were lifeless blocks of wood and stone. That’s true, to a point. The pagans didn’t worship those carved images. An idol was like an antenna, a spiritual receiver that gave a god locality—a place to appear when the faithful called.

That’s not the default teaching of most Christian churches. Sadly, most are out of step with the God they serve. Godcalled the idols gods, so I’m on solid theological ground here. He’s judged them, found them wanting, and proclaimed a sentence of death on these rebels.

But they’re not dead yet. And just as you and I have free will to choose between right and wrong, so do they. God, who has seen the end from the beginning, has revealed enough about their plans through prophecy in the Bible to tell us that the ride on earth will get rough before Christ returns. Reading those prophecies with a better understanding of what the Hebrew prophets knew about the pagan gods reveals some startling insights about what lies ahead.

In this book, I will present evidence for a number of claims, many of which haven’t been made before, to the best of my knowledge: 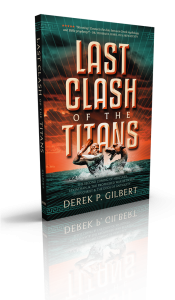 As you may have noticed, this book focuses on the supernatural players of the end times. We spend too much time debating whether Vladimir Putin is Gog and not enough trying to discern the principalities and powers behind the scenes.

Now, I could be wrong about much of this. However, my analysis is backed by peer-reviewed, academic research. Most of it comes from secular scholars with no dog in the eschatological hunt. They’ve found many of the pieces of the puzzle, but they don’t see the whole picture because the missing pieces are in the Bible—and most of those scholars just won’t look there.

Likewise, many learned students and scholars of the Bible don’t look to secular academia for information. We Christians do see the big picture, but much of the background image is missing. There is no context for the crossing of the Red Sea, the march around the walls of Jericho, or the confrontation between Elijah and the priests of Baal. Why did God ask such things of His people? There are answers to those questions rooted in the history, culture, and religion of the people who lived in the lands of the Bible during the age of the prophets and apostles.

Is understanding that context essential to your eternal salvation? No. If you’ve accepted Jesus Christ as your Lord and Savior, your future is secure.

But understanding how the pagan gods of the ancient world have successfully rebranded themselves as action heroes for major motion pictures might be useful to reaching the lost. As Baudelaire wrote, “The finest trick of the devil is to persuade you that he does not exist.” Recent research shows that nearly 60 percent of American Christians have fallen for that lie.[1] God’s statement is as true today as it was 2,700 years ago: “My people are destroyed for lack of knowledge.”[2] How do you resist an enemy you think is make-believe?

Zeus, Herakles, the Olympians, and the Titans are real. They hate us, they want to kill us, and they’re coming back.

GET “LAST CLASH OF THE TITANS” FREE IN HUGE NEW COLLECTION! 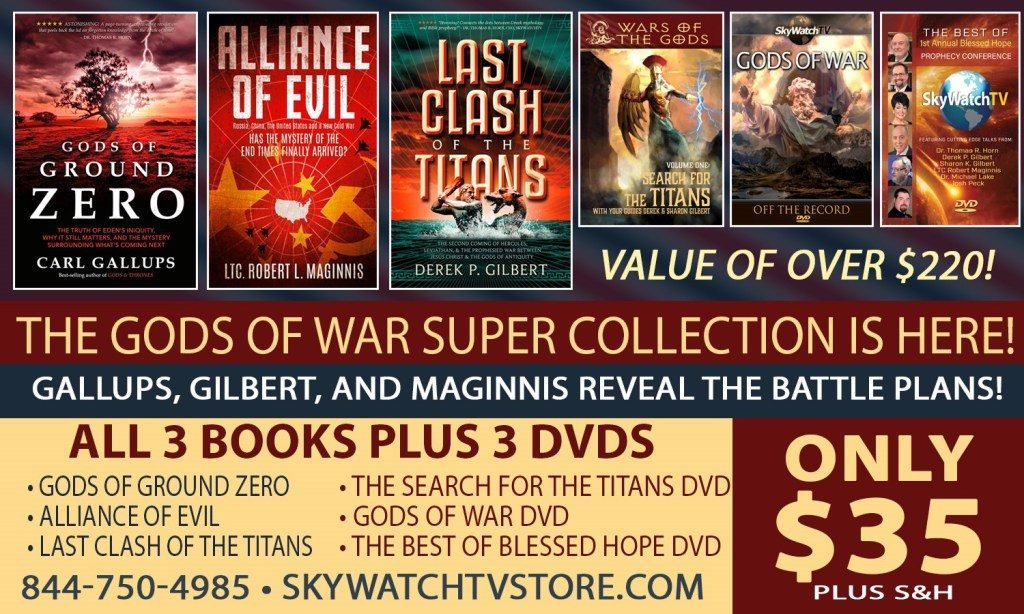 [1] Barna Group (2009). “Most American Christians Do Not Believe that Satan or the Holy Spirit Exist,” https://www.barna.com/research/most-american-christians-do-not-believe-that-satan-or-the-holy-spirit-exist/, retrieved 4/29/18. 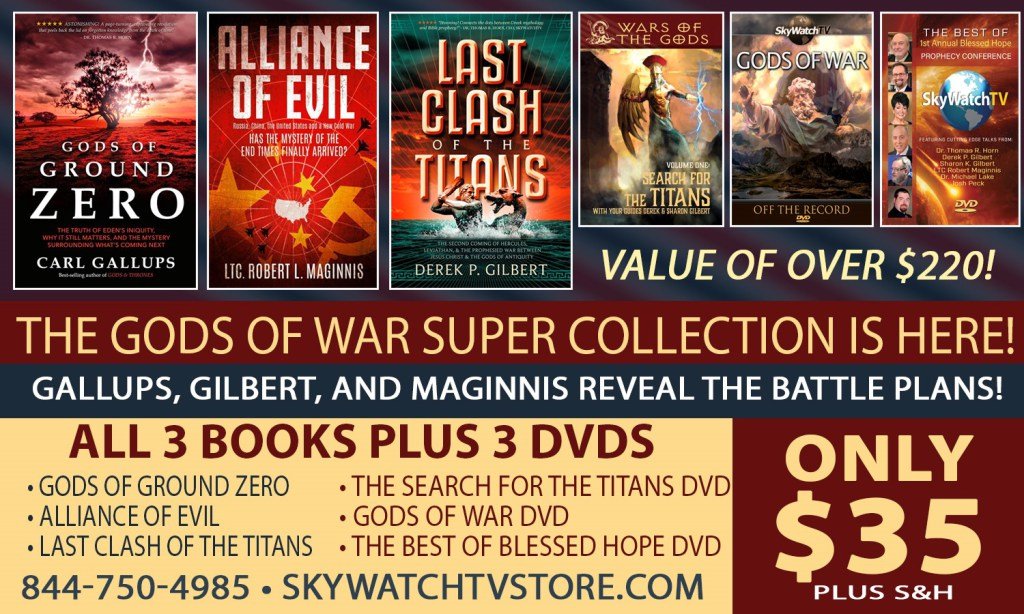