Respected scholar Amar Annus has linked the name Sheth/Seth, alternate spellings of the Egyptian god Set, to an infamous Amorite tribe well known in the ancient Near East, the Suteans. He notes that the Egyptian term for the Suteans, Šwtw, a form of the Akkadian Shutu, appears in one of the Execration Texts from the nineteenth or eighteenth centuries B.C., about the time of Abraham, Isaac, and Jacob.

The Plains of Moab

The Execration Texts were like ancient Egyptian voodoo dolls. The names of enemies were inscribed on pottery, which were ritually cursed and then smashed. In a nutshell, “Sheth,” “Shutu,” and “Sutean” are the same name processed through different languages and types of writing.[2] Other Egyptian texts place the Shutu/Sheth in the central and northern Transjordan, which, significantly, includes Bashan–Rephaim territory.[3]

Other fascinating tidbits from the Execration Texts: The Shutu leaders were listed just after the “Rulers of Iy-‘anaq”–the Anakim tribes that Joshua and the Israelites would fight for control of Canaan about four hundred years later. Also, the Shutu leader named Ayyabum bears the same name as the biblical Job. Now, this was probably not the Job of the Old Testament, but the Egyptian curse does locate him in the Transjordan, the same general area that was home to the long-suffering Job[4]and exactly where the Bible places the Rephaim tribes. And because you’ve read your Old Testament, you’ve noticed that the other Shutu leader, Zabulanu, has a name that Jacob would later give to one of his sons, Zebulon.

In Ugaritic literature Suteans are mentioned in the epic of Aqhatu, where the antagonist of the mt rpi [“man of the Rephaim”] Dnil is a nomadic Ytpn, mhr št–“warrior of the Sutû, Sutean warrior.” …In the epic of Keret Suteans are mentioned as dtn, spelled also as ddn, and it “must be understood as the Di/Tidânu tribe, a part of common Amorite stock. It is even likely that this term was used in Mesopotamia at the end of the 3rd millennium to designate tribes later known as Suteans.”[6]

Highlight that! The Ugaritic Epic of Keret links the Amorite Sutean tribe, the Egyptian Shutu and the biblical sons of Sheth, with the Ditanu.

Here’s one more bit of historical evidence for your consideration: The Shutu are also identifed in later Egyptian texts as the Shasu,[7] probably as language and pronunciation changed over the centuries. About two hundred years after the Exodus, Ramesses II (“the Great”) fought an epic battle against the Hittites at Qadesh, a city on the Orontes River near the modern border between Syria and Lebanon. According to the Egyptian account of the battle, Ramesses encountered a pair of Shasu nomads who told him the Hittites were about 125 miles away, near Aleppo, because the Hittite king, Muwatalli II, was “(too much) afraid of Pharaoh…to come south.”[8]

Turned out that was a lie. The Shasu had been sent by the Hittites to fool the Egyptians into relaxing their guard, a ruse that was discovered when a member of Ramesses’ bodyguard arrived with two Shasu prisoners who admitted that the full Hittite army was…well, right over there.[9]

Only some quick thinking and what was apparently incredible personal bravery by the pharaoh prevented the Battle of Qadesh from becoming Ramesses’ Last Stand. The point is this: A surviving inscription commemorating the battle shows two Shasu prisoners, possibly the two who confessed to Ramesses, taking a beating from Egyptian soldiers. Here’s the thing: The Shasu spies are as tall on their knees as their captors.

This tracks with another Egyptian text that mentions the extraordinary height of the Shasu. A letter from an Egyptian scribe named Hori to another named Amenemope describes a mountain pass near Megiddo as “infested with Shasu.” According to Hori the scribe, “some of them are of four cubits or of five cubits, from head to foot.”[10] Since the Egyptian royal cubit was a little over twenty and one-half inches, that makes those Shasu between 6′8″ and 8′6″. Bear in mind that was when average Egyptian men stood between 5′2″ [11] and 5′6″.[12]

In other words, Egyptian evidence documents a nomadic people called the Shasu or Shutu, the Bible’s sons of Sheth, who scholars identify as an Amorite tribe called the Suteans. They lived in the Transjordan from the time of Abraham through the time of the Judges (roughly 1900–1200 B.C.). That was Rephaim territory. These people, like the Rephaim, were exceptionally big—two and a half to three feet taller than most Egyptians.

As the Israelites prepared to invade Canaan, the prophet Balaam foresaw a messianic figure, “a star,” who would come out of Jacob to “break down all the sons of Sheth.” These were the Suteans, Amorite nomads living in Rephaim country east of the Jordan. The Suteans were known in former days throughout Mesopotamia as the Ditanu/Didanu or Tidanu, dead kings of old who were linked to the Rephaim in ritual texts at Ugarit.

And, according to Amar Annus, the Dit/Did/Tidanu tribe was where the Greeks got the name of their old gods, the Titans.

Here’s the short equation: Sheth = Shutu/Shasu = Suteans = Ditanu/Tidanu = Titans. In other words, the sons of Sheth were the sons of the Titans–the Rephaim, the spirits of the Nephilim.

Let’s complete the picture. Because “the Spirit of God came upon him,” we’ll take Balaam seriously: It appears the pagan prophet foresaw not just the conquest of the nomads living in the Syrian desert, but the Messiah’s ultimate destruction of the sons of the Titans.

And we’re just getting started.

[4] Most Bible commentaries place the land of Uz near Edom.

[7] “Biblical Archaeology: Evidence of the Exodus from Egypt.” Institute for Biblical and Scientific Studies. https://www.bibleandscience.com/archaeology/exodus.htm, retrieved 3/3/18. 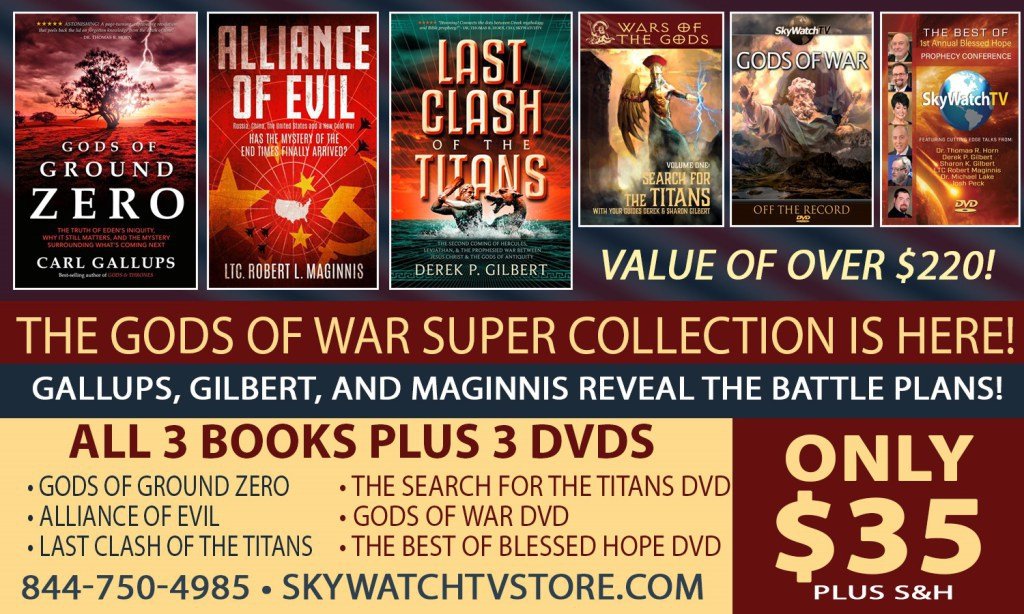