Last Clash of the Titans Part 10: The Titans Were the Watchers

You have probably deduced from the title of this book that my goal is to show the connections between Greek mythology and the Bible, and especially Bible prophecy.

Apkallu (Watchers) from the ancient Assyrian city of Calah

You are, of course, correct. We’re getting to that, but we have to lay a lot of groundwork to get from points A (Amorites), B (Babylon), and C (Canaan), all the way to point G (Greece).

We’ve briefly discussed the foundations of the case:

With me so far? Good. At this point, we need to introduce a gentle- man who’s written several paradigm-shifting academic papers for those of us trying to understand the long war of the Fallen.

Amar Annus is an Estonian scholar whose specialty is the cosmology of the ancient Near East. In 2010, his paper, “On the Origin of Watchers: A Comparative Study of the Antediluvian Wisdom in Mesopotamian and Jewish Traditions,”1 connected some very important dots. Annus demon- strated that the Watchers were not a creation of the ancient Hebrews, but were well known to their Mesopotamian predecessors as apkallu.129 The brief summary that follows is drawn from his study.

Briefly, the apkallu were primordial sages sent by the Sumerian god Enki (called Ea by the later Akkadians), the lord of the abzu—the abyss. They were believed to have brought the gifts of civilization to humanity, although there were times when they malicious, demonic beings capable of witchcraft.

There were three types of apkallu: A bearded man with wings; a winged, bird-headed humanoid; and a fish-cloaked man who has been mistakenly identified for more than 150 years as the god Dagon or one of his priests.2

Interestingly, in Babylon they connected the disappearance of the apkallu to the great flood. The chief god of their pantheon, Marduk, claimed to have punished them for something:

In other words, just like the Watchers, who were tartaróō (thrust down to Tartarus) by God for corrupting humanity, the Amorites of Babylon believed the apkallu had been banished to the abyss by Marduk for some unspecified transgression, and at exactly the same time—the great flood.

Now, let’s bring in the Greeks. As we discussed in the previous chapter, religions of the ancient Near East followed a pattern: Over time, old gods were replaced or overthrown by successive generations of younger gods. To the Greeks, these generational roles were filled by sky-god Ouranos, the grain-god Kronos, and the storm-god, Zeus.

Briefly, Ouranos caused his wife, Gaia (Earth), great pain by lock- ing away in her belly their eldest children, the giant Kyklopes and Heka- tonkheires (also called the Centimanes, or Hundred-Handers). Gaia persuaded their other children, the Titans, to rebel. With the help of four of his brothers, the youngest, Kronos, castrated Ouranos with an adaman- tine sickle. But instead of freeing his siblings, Kronos and his bunch drove the Kyklopes and the Hundred-Handers into Tartarus, where they were bound with heavy chains. Kronos then assumed kingship over the Titans and married his sister, Rhea.

The era of Kronos’ rule was called the Golden Age by later Greeks, a time when everyone had enough and there was no need of laws, because everyone did the right thing. We’ll come back to that in a bit.

Ouranos, probably looking to stir up trouble to get a little payback, prophesied that Kronos “was destined to be overcome by his own son, strong though he was.”4 Trying to prevent the prophecy from being fulfilled, Kronos proceeded to eat his children as soon as Rhea gave birth, dispatching Demeter, Hestia, Hera, Hades, and Poseidon in that fashion. However, with advice from Gaia, Rhea secretly gave birth to Zeus on the island of Crete and then presented Kronos with a stone wrapped in swad- dling, which he promptly swallowed.

Good thing for Zeus that Kronos wasn’t a picky eater.

Well, Zeus grew to adulthood and managed to force Kronos to dis- gorge his siblings. Then he freed the Kyklopes and Hundred-Handers, and together with the rest of the Olympians, Zeus overthrew Kronos and the Titans in an epic war called the Titanomachy, which concluded with most of the Titans locked up in Tartarus.

There are different accounts of what eventually happened to Kronos. In some accounts, he was banished to Tartarus permanently, while in others, he was released to rule over Elysium, a section of the afterlife reserved for heroes (the demigods), the righteous, and those related to the gods. In one account, Virgil’s Aeneid, Kronos (Saturn) escaped from the Abyss to emerge as king and lawgiver at Latium, the part of Italy where Rome was founded.

You undoubtedly noticed that Kronos and his bunch were sent to Tartarus, the very place reserved for the angels who sinned in Genesis 6. You might dismiss that as a coincidence or conclude that Peter simply named Tartarus as their place of punishment because it was familiar to readers in a world that had been dominated by Greek thought for nearly four hundred years.

I think not. Remember, 2 Peter 2:4 is the only verse in the Bible where Tartarus is mentioned. The usual term for the dwelling of the disobedient dead was Hades. Did Peter know the difference? Yes. He referred to Hades in his sermon on Pentecost (Acts 2:27, 30). Besides, where did Peter get his theological training? And did he write under the guidance of the Holy Spirit or not? (That’s not an answer that will satisfy secular scholars, but we don’t have time to dig all the way down to Christian Apologetics 101 in this book.)

At the risk of putting too fine a point on it: The Mesopotamian apkallu, the angels who sinned, called Watchers in 1 Enoch, and the Greek Titans were one and the same.

So, it just might be that Kronos, king of the Titans, was known to the ancient Hebrews as Shemihazah, leader of the Watchers who descended on the summit of Hermon. 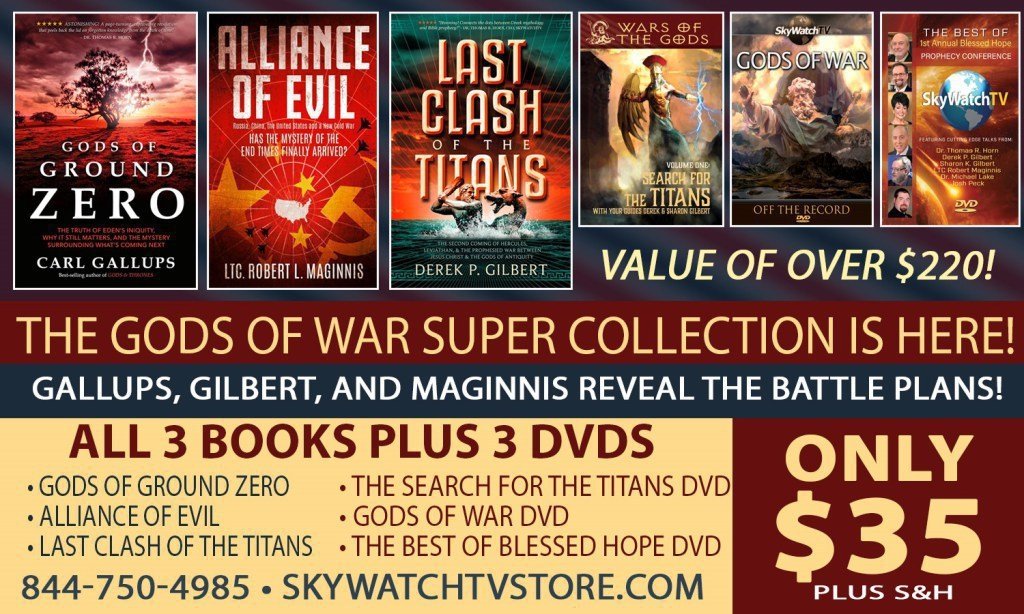