PART 4: Behind the Scenes: Players and a Plan

In a fantastically liberal feature by Kerry Bolton for Foreign Policy Journal titled “US Recognition of Jerusalem as Israel’s Capital: A Travesty of History,” the president’s son-in-law Jared Kushner is depicted as an arch-Zionist Jew that, along with Donald Trump and his evangelical advisors, views the USA and Israel as synonymous in terms of policy objectives and prophetic destiny.[i]

Bolton’s increasingly familiar animosity toward evangelicals and their biblical mandate to be a blessing to Israel results in his lament that “the Zionist dream for Palestine is based on three primary aims that are of messianic intent: (1) Greater Israel from the Nile to the Euphrates rivers, (2) Rebuilding of the Temple of Solomon on the site of the present al-Aqsa mosque, (3) Jerusalem not only as the capital of Israel, but as the central seat of universal law.”[ii] He then quotes the Temple Mount Faithful’s website, which confirms:

Consecrating the Temple Mount to the Name of G‑d so that it can become the moral and spiritual center of Israel, of the Jewish people, and of the entire world according to the words of all the Hebrew prophets. It is envisioned that the consecration of the Temple Mount and the Temple itself will focus Israel on:

(a) fulfilling the vision and mission given at Mt. Sinai for Israel to be a chosen people separate unto G‑d, a holy nation, and a nation of priests (Exodus 19:6), and

(b) becoming a light unto all the nations (Isaiah 42:6) so that the Name of G‑d may be revered by all nations and the biblical way of life may be propagated throughout the world.[iii]

Bolton concludes: “Regardless of what any Israeli government states, these are the ultimate objectives which messianic Zionists believe are ordained by their God. They will never be relinquished.” For example, the first prime minister of Israel, David Ben Gurion, a “moderate” and a socialist, asked by Look to describe his vision of the future, alluded to this:

Other secular writers appear similarly suspicious that Trump recognizing Jerusalem as the capital of Israel and moving the US embassy there extends end-times “messaging” to his conservative Christian base, which has not gone unnoticed by the appropriate members of his audience. Enlisting the well-known craft of “actions in place of words,” the president is viewed as encouraging his compatriots in Armageddon-planning to probe beneath the surface of his exploits where, sotto voce (“under voice”), he is telling them he understands and sympathizes with their eschatological worldview and that, when the time is right, he will offer full-throated voice in support of the Third Temple.

Nancy LeTourneau for the Washington Monthly suspects as much too, writing: “The most obvious gesture he’s made towards Israel since he became president was to move the U.S. embassy to Jerusalem. That was targeted at his base of support among white evangelicals, and it isn’t because they have so much affection for Jews.” LeTourneau cited what Diana Butler Bass, a theologian, wrote:

For decades, conservative evangelicals have been longing for this recognition. They believe it is necessary in order to regain control of the Temple mount. That is important because rebuilding the Temple is the event that will spark the events of the Book of Revelation and the End Times.… They’ve been waiting for this, praying for this. They want war in the Middle East. The Battle of Armageddon, at which time Jesus Christ will return to the Earth and vanquish all God’s enemies. For certain evangelicals, this is the climax of history. And Trump is taking them there. To the promised judgment, to their sure victory. The righteous will be ushered to heaven; the reprobate will be banished to hellfire.[v]

Let me take a moment to make issue with LeTourneau and Bass, as I’ve been at the center of mainstream evangelical Christianity for five decades and have been blessed to personally know many leading prophecy scholars and theologians, and have yet to meet a single one who wants “war in the Middle East. The Battle of Armageddon, at which time Jesus Christ will return to the Earth and vanquish all God’s enemies.” We simply believe what Jesus taught, that “when these things begin to come to pass, then look up, and lift up your heads; for your redemption draweth nigh” (Luke 21:28). Movement toward the construction of a Third Temple could signal the imminent return of our Lord and Savior, Jesus Christ, and that is what we “want.” While the objectives listed by the antagonists above do reflect some of the accomplishments many Jews and Christians anticipate, it is not for the reasons they insinuate, as they obviously don’t seem to comprehend the “blessed hope” Christians have for the Second Coming of Jesus, which a Third Temple could signal, or that which Jews have for their final redemption and Messianic era.

Having said that, any successful attempt at garnering support for a reconstructed Temple in Jerusalem will indeed require enough multicultural and international support. Thus, prejudices by Bolton and the other writers quoted above aside, their feelings about behind-the-scenes discussions and deals that could witness the materialization of a Third Temple is warranted, and, in this writers’ opinion, they certainly should be suspicious that a plan is under consideration wherein international players are quietly moving chess pieces clandestinely toward a sooner-than-later realization of a rebuilt Temple.

In the parlance of Sherlock Holmes, the game is afoot!

Who might some of these powerful players be? My investigation leads to include:

The list above could go on and on, but our probe into the issue suggests that things go much deeper than these headlines suggest and are in fact far more intriguing, including actual espionage and subterfuge by two of the very entities that could actually make a rebuilt Temple happen: 1) the United States, with back-channel negotiations between the Trump administration and Saudi Arabia that could result in Riyadh replacing the Jordanian Waqf’s management of the Temple Mount; and 2) the Vatican. The Islamic Waqf is the religious trust that controls and manages the current Islamic edifices on and around the Temple Mount, including the Al-Aqsa Mosque and the Dome of the Rock. The king of Jordan supplies funding needed for operations by the Waqf, and in one form or another, they have governed access to the sites since the Muslim reconquest of the kingdom of Jerusalem in 1187.[x] Tensions between Jews and Muslims involving access to the mount where Israel’s Temple once stood continually flow over often because, as stated earlier, Jewish prayer on the Temple Mount is completely forbidden. “Jews may enter only to visit the place, and only at limited times. Muslims are free to pray on Temple Mount, however, Christians and Jews may only visit the site as tourists. They are forbidden from singing, praying, or making any kind of religious display.”[xi] Why does such overbearing oversight of the Temple Mount exist? Why such restrictions on Jews and Christians? After spending several chapters in his books The Great Inception and The Last Clash of the Titans outlining why the Temple Mount is biblical Zion and the very place where Armageddon will be initiated, Derek Gilbert explains what’s really behind the ancient—and future—struggle over this sacred plot of land. This is where the capital of God’s kingdom on Earth will exist—Jerusalem and the Temple Mount—and thus why the energies of evil are focused on it! As Derek notes:

The faith of Abraham, the dynasty of David, and the divinity of Jesus were established there. At the heart of this plateau is the hill on which Yahweh, the Creator of the universe, established His “mount of assembly.” The temples of Solomon and Zerubbabel were built there, and a prophesied Third Temple will someday occupy that place.[xii] The long war by the Fallen against their Creator is ultimately for control of God’s mount of assembly, Zion. That’s His prize jewel, and that’s why the enemy wants it: “For the Lord has chosen Zion; he has desired it for his dwelling place: ‘This is my resting place forever; here I will dwell, for I have desired it’ (Psalm 132:13–14, ESV). Plenty of other verses support this idea, but you get the point. God’s holy mountain, His mount of assembly, is Zion—the Temple Mount in Jerusalem.[xiii]

These implications and anxieties surrounding the building of a Third Temple at Zion are not lost on ardent students of prophecy. They know the contest over this consecrated plot of land reflects profounder malaise that cannot be superficially perceived. 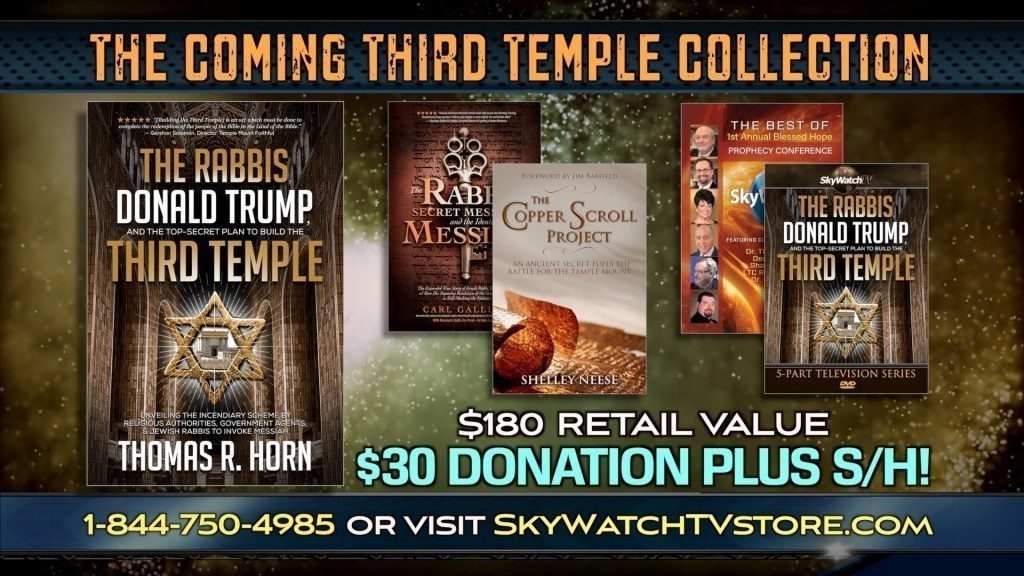 [i] Kerry R. Bolton, “US Recognition of Jerusalem’s Capital: A Travesty of History,” Foreign Policy Journal, May 24, 2018, https://www.foreignpolicyjournal.com/2018/05/24/us-recognition-of-jerusalem-as-israels-capital-a-travesty-of-history/. 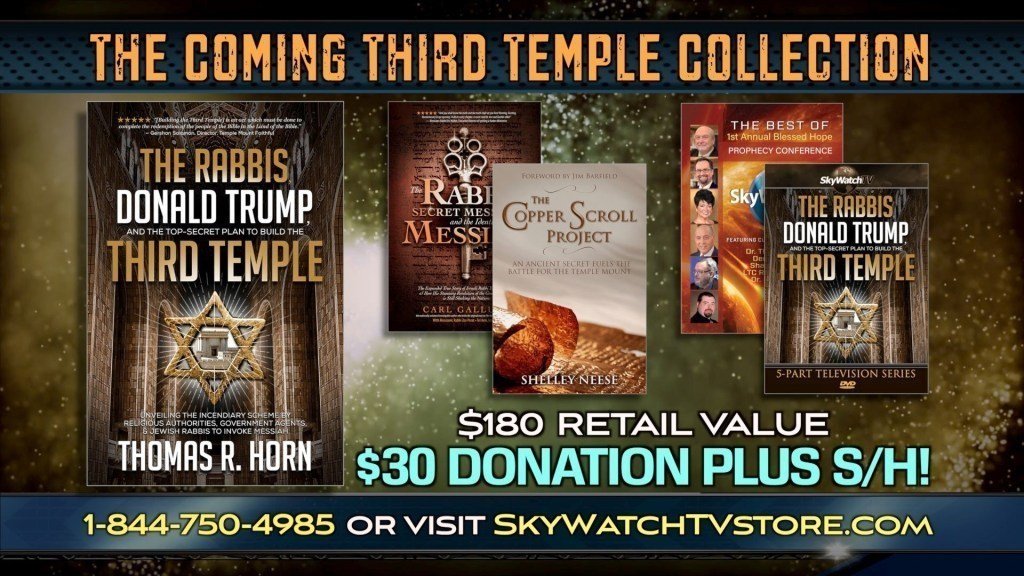