Remember that 1980’s cough syrup commercial when Chris Robinson said, “I’m not a doctor, but I play one on TV”? I wanted to paraphrase these immortal words when I read what actor Joaquin Phoenix of “Gladiator” fame said about his role as Jesus in the upcoming movie, “Mary Magdalene.” Phoenix is not the Son of Man, but he plays him on the big screen. His is a very different Jesus than the one we meet in Matthew, Mark, Luke, and John. Judging by the trailer and the press roll-out, the movie will draw heavily on a second-century Gnostic text known as “the Gospel of Mary.” Scholars universally agree that Mary didn’t write this so-called gospel. Along with other texts like “the Apocryphon of John,” and “the Sophia of Jesus Christ,” “the Gospel of Mary” was never recognized by the Church as part of the New Testament. The reason is that it is an obvious forgery. The Gospel of Mary is a work of fan-fiction by members of a false religion who attempted to co-opt Jesus for their own purposes… (READ MORE)

FREE! GET “THE RABBI, THE SECRET MESSAGE, AND THE IDENTITY OF MESSIAH” FREE WITH COLLECTION! 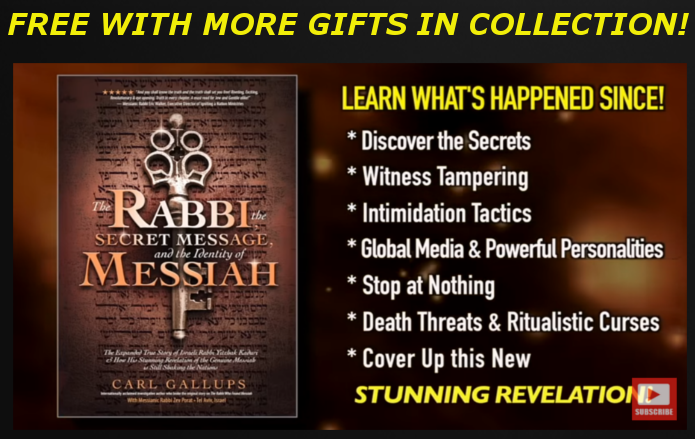 FREE! GET “THE RABBI, THE SECRET MESSAGE, AND THE IDENTITY OF MESSIAH” FREE WITH COLLECTION!