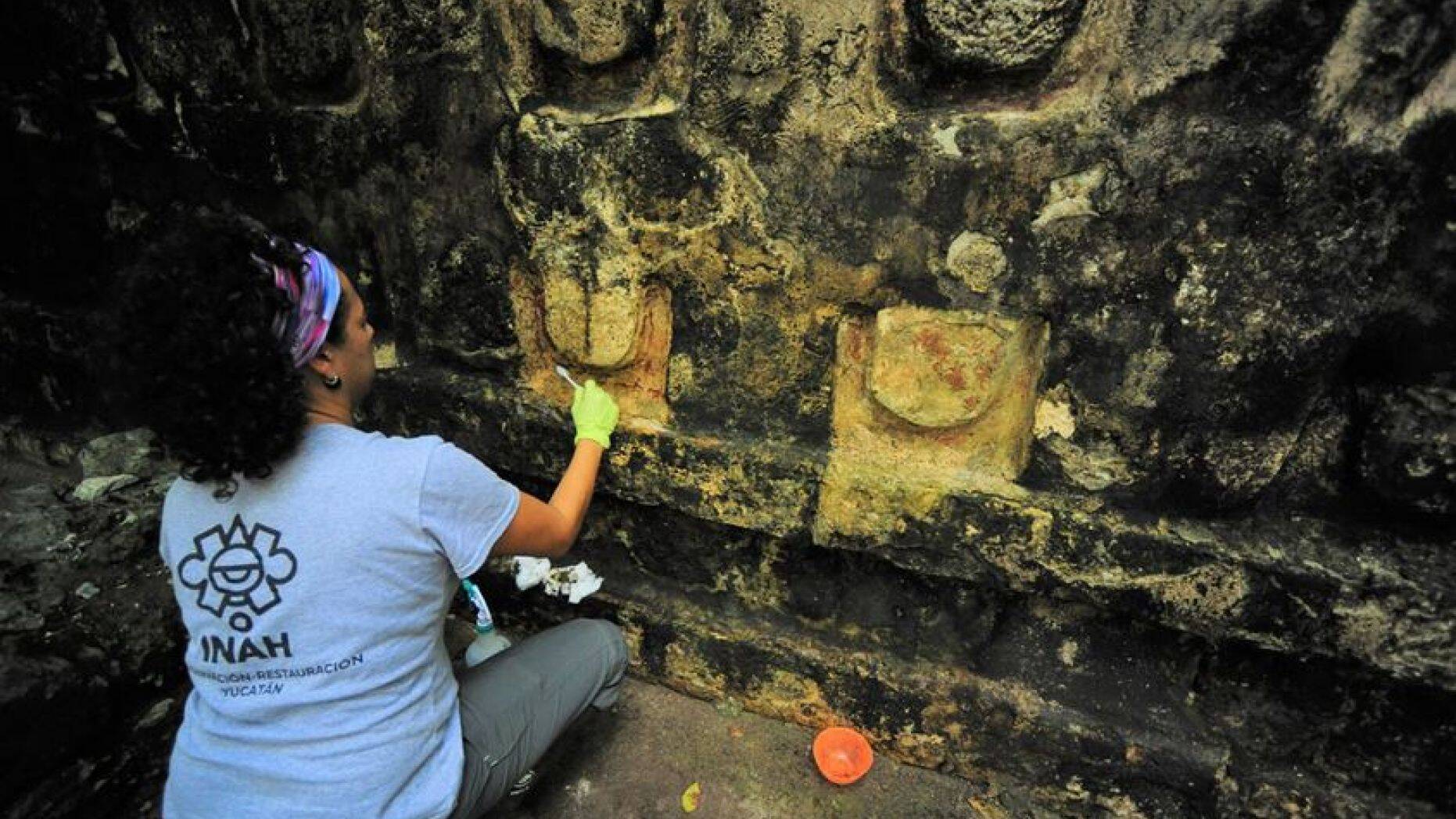 Archaeologists in Mexico have unearthed the remains of a huge Mayan palace that’s estimated to be more than 1,000 years old. Located in the city of Kuluba, which is about 100 miles west of Cancun, the building itself is 180 feet long, 49 feet wide and 19 feet high, according to an announcement from Mexico’s National Institute of Anthropology and History. “In its time, the finishes of this temple would have given the impression of being snake scales; this is known because the stone reliefs that the property has in its accesses, resemble the jaws of a ‘monster of the earth,'” said Fernanda Escalante in a statement… (READ MORE)