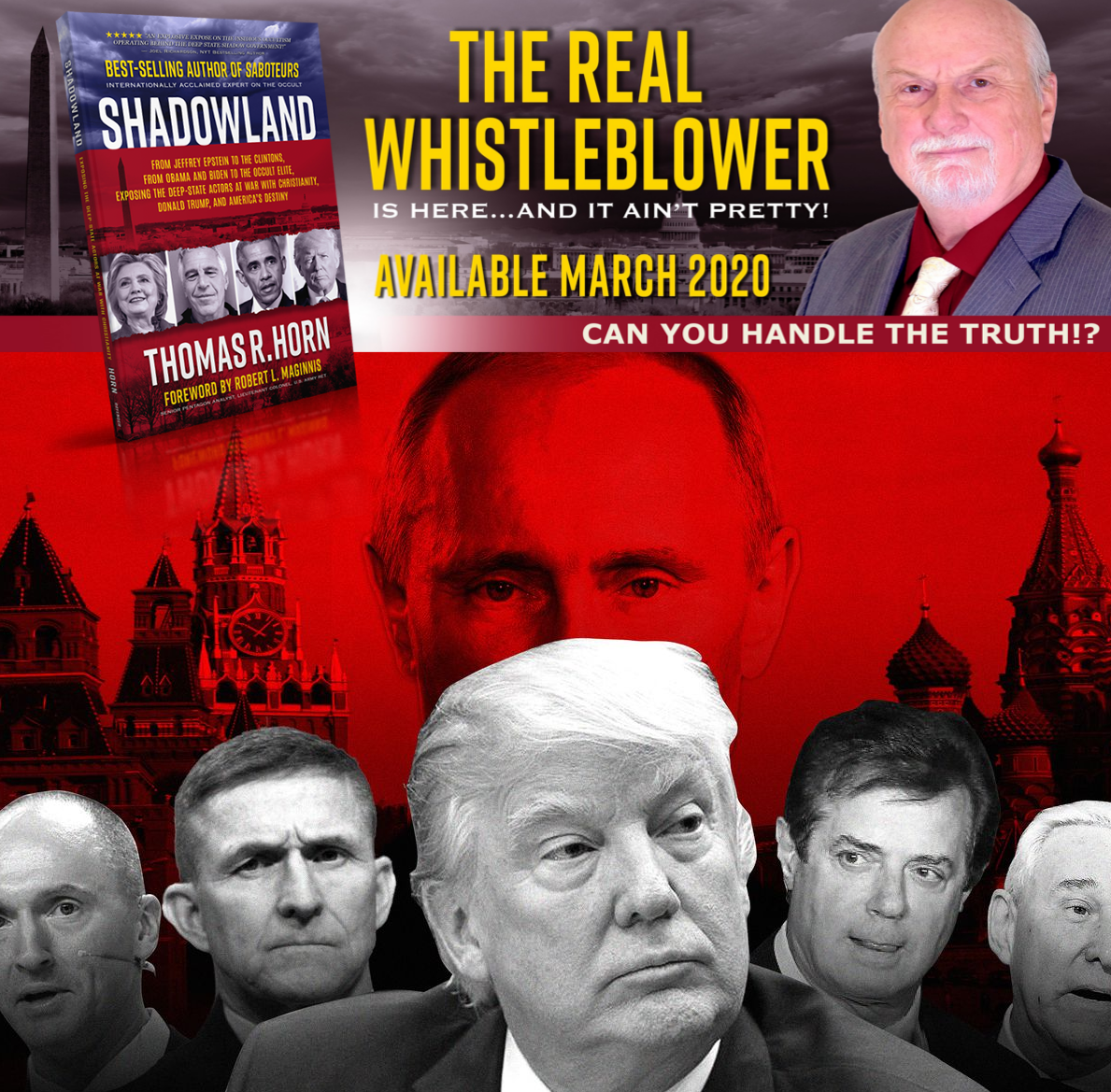 When the intended focus began to shift towards Trump, the underlying connections among those who were against the incoming president began to take root, and the mishandling of information and facts proliferated. It began when Fusion GPS, a private investigation firm in Washington, DC, was paid by the law firm that represented The Democratic National Convention and Clinton for President to investigate the Trump campaign on supposed ties to Russia.

Fusion GPS also had links with the Department of Justice through a recent hire brought on just prior to the onset of the probe into Trump.[i] Nellie Ohr, an employee of the firm, was married to Bruce Ohr, the Assistant Deputy Attorney General at the Department of Justice, allowing the DOJ to be in a position to receive information on the Republican candidate through Nellie Ohr. Bruce Ohr would then take what he had received and connect it with Christopher Steele. The Steel Dossier would soon emerge, along with the onset of the official investigation into the Trump Campaign, both of which were highly controversial and based on fabricated claims.

Fusion GPS hired the former MI-6 spy to write the Steele Dossier, which was comprised of sixteen memos, and was intended to investigate Trump and possible ties to Russia. The dossier opens with the header, “US Presidential Election: Republican Candidate Donald Trump’s Activities in Russia and Compromising Relationship with the Kremlin.”[ii] The dossier claimed certain members of the team had close ties to the Kremlin, even as close as Putin. It was written from June–December 2016, and was the evidence cited to support the application to the Foreign Intelligence Surveillance Court to spy on Trump.

Though the report was used as evidence to confirm claims to the court under the Foreign Intelligence Surveillance Act, the document was never verified before being thrust into the public domain on BuzzFeed and used to support the narrative of Trump colluding with Russia.[iii] The popular website even pointed out that the claims in the report was not verified. Amidst the attention-building around the dossier, Trump tweeted that these records were “fake news.”[iv]

In his memos, Steele claimed Page was working as a secret Russian agent embedded within the campaign and mentioned that he served as “intermediary” for Trump to the Kremlin.[v] It claimed he had met with an ally of Putin and the president of Rosneft Oil, which is mostly owned by Russia. The campaign advisor had a history of connections with Russia through his time working for Merrill Lynch and as an investment banker, focusing on emerging energy. In one of the meetings Page allegedly had with Russians with ties to Putin, it was brought up that they had access to Clinton messages and information that could bring down her campaign.[vi]

Controversy did arise when Kellyanne Conway, the campaign’s manager, told CNN that Page was not a part of their team,[vii] even though Trump had previously told the Washington Post in an interview that Page was one of his advisors.[viii] Page left the campaign in September 2016, and the FISA application was submitted the following month.

There were numerous claims of ties to Russia on the upcoming president’s team. One such was the connection of General Michael Flynn, who was the selection for National Security Advisor. Flynn’s alleged connections to Russia came from a conversation he had with former Russian Ambassador to the United States, Sergey Kislyak, in December 2016, just prior to the new administration coming into the White House.[ix] Flynn was interviewed by FBI Agents Peter Strzok and Joe Pientka regarding Russian interference into presidential elections. Even Strzok, who was heavy laced in anti-Trump actions,[x] said Flynn seemed truthful in his interview regarding what was said in the phone call.[xi] However, Flynn’s truthfulness regarding the legal phone call were not enough to maintain his freedom. Though Flynn did nothing wrong in his conversation with Kislyak, he did plead guilty to charges of lying during his interview with the FBI.[xii] Transcripts of Flynn’s conversation with Kislyak have yet to be released.

FBI Deputy Director Andrew McCabe prosecuted Flynn for making false statements to the FBI in an interview.[xiii] The director and future National Security Advisor had an unpleasant history, and it seemed the issue was not past. In a letter to the judge assigned to Flynn’s case, FBI agent Robyn Gritz addressed the character contrast between Flynn and McCabe, describing Flynn as a kind friend, and McCabe as an intimidator, void of dedication to truth.[xiv] Flynn had been outspoken in support of Gritz’s sexual discrimination case against McCabe. Flynn worked closely with the female agent and even spoke to the media regarding her favorable conduct and work ethic for the country.[xv] So when Trump asked Flynn to be his National Security Advisor, there is reason McCabe would have personal desire to remove him from such a position. Much like Trump, the general was weary of the Deep State and their conduct, as well as the potential risk for being bold and adhering to do what is right. Flynn had also been outspoken against Obama and Clinton regarding Benghazi in his speech at the Republican National Convention.[xvi]

From this whirlwind of connections, the investigation from the FBI of Crossfire Hurricane was born. Interestingly, the investigation began just days after the Clinton probe ended. Even more, Strzok and Page were having an affair and were both, as shown in texts between the two, anti-Trump.[xvii] The president would later tell the media to look at the investigators, referring to the inappropriate relations and connections all too common between the agencies and those leading them.[xviii] Crossfire Hurricane would later morph into the Mueller Investigation in May 2017 under former FBI Director, Robert Mueller. It would continue until March 2019 when the Mueller Report was finished.

The report would find its way to the desk of US Attorney General William Barr in March 2019. Barr concluded that neither Trump nor any American colluded or conspired with Russia to hijack or influence the 2016 elections,[xix] and that Trump did not obstruct justice in the process of the investigations.

These findings were not satisfactory to the Deep State, and the narrative continued on through his first term, even into the Ukraine phone call regarding former Vice President Joe Biden and the cry to impeach the president. All of this in spite of the actions taken against Trump during his campaign when there were no foundations for collusion. Whereas in the scenario of Biden and his son, there are strong ties and connections with financial funding. Thus, the narrative against the president continue in hopes of covering up injustice on the part of the Deep State and control of the various departments meant to lead and protect the United States.

Meanwhile, when following the illegal Russia Hoax arrangement it became clear the Mueller report was not going to support incriminating evidence that “the Donald” was complicit with foreign actors (and that we might finally get a reprieve from the incessant “Trump is a racist, sexist, cheat, xenophobe” stratagem) many on the right were tempted to sigh a breath of relief and hold out hope that the hysterical attacks on and typecasting of every breath Trump made would finally give way to our elected officials returning to the jobs for which “we the people” had actually put them in office.

Unfortunately, that hasn’t and isn’t going to happen anytime soon. The deep state cabal of formidable, unrepentant and unelected bureaucrats working behind the scenes with career Trump-hating operatives in the intelligence community and at the State Department are hellbent on sabotaging the people’s president at every turn. Thus, when the Russian narrative failed, they simply turned to “obstruction of justice,” then pivoted toward “Ukraine-gate” and any other “high crimes” they could hallucinate about to insinuate impropriety justifying impeachment.

There are significant reasons why I say this will continue and why I believe the staged melodrama and media collusion hysteria fueling “Trump Derangement Syndrome” is not about to fade, the deep dark details of which I will disclose in my upcoming book Shadowland. Fact is, things are about to get much worse—supernaturally and in the physical domain. What you will learn will chill you to the bone.

As New York Times bestselling author David Horowitz, a conservative who once considered himself a 60s radical and Marxist, recently warned: “The Democratic Party is now in the hands of the Bernie Sanders… Barack Obama radical left”[xx] and “liberals fantasize about ‘exterminating’ people who do not agree with them.”[xxi]

Lest some think Horowitz is exaggerating the risks, liberal news sites like The Daily Beast and MSNBC are now openly advocating leftists take to the streets in organized viciousness to overthrow the government American’s put into place[xxii] and, if necessary, to literally destroy the majority of people in this country that supported the outcome of 2016.[xxiii] MSNBC spokespersons actually called for “mobs with pitchforks” to throng Trump supporters homes while the liberal Shock Theater group posted “Death Camps For Trump Supporters Now” across Patchogue, Long Island New York not long ago.[xxiv] Even Supreme Court Justices were recently warned by liberals they had better “heal” themselves (reach decisions favoring progressives) or face being “restructured.”[xxv] Recent polls show a majority of Americans believe the threats from liberals are substantive and that the country is on the “edge of a civil war.”[xxvi]

It therefore might be prudent to brace yourself for what is brewing if such extremists have their way. The corrupt media, collusive press, rancid witch-hunting, race-bating, impeachment-hungry goons behind the “RUSSIA! RUSSIA! RUSSIA!” “IMPEACH! IMPEACH! IMPEACH!” phantasmagoric psychodrama are not about to give up their hunger for power. Their next super-plan is to take control of the Senate in 2020 and maintain control of the US House, which will give them power to both impeach and remove Trump from office should he be reelected. If they don’t claim the Senate, their scheme is increasing chaos for repealing the will of the grassroots (you and me), which, I fear, will endure until at last a collision of biblical proportions between conservative Christians, freedom loving Americans, and Marxist infiltrators spills over in the streets of this once great nation. That’s because this rabbit hole goes far deeper into the bowls of the underworld than most can start to comprehend.

In the next entry we will analyze why this is all happening, where it is going, and how it was even predicted by celebrated visionary George Orwell.

UP NEXT: How Celebrated Visionary George Orwell Imagined Where America Is Headed—Say Hello To The Progressive’s Final World Order 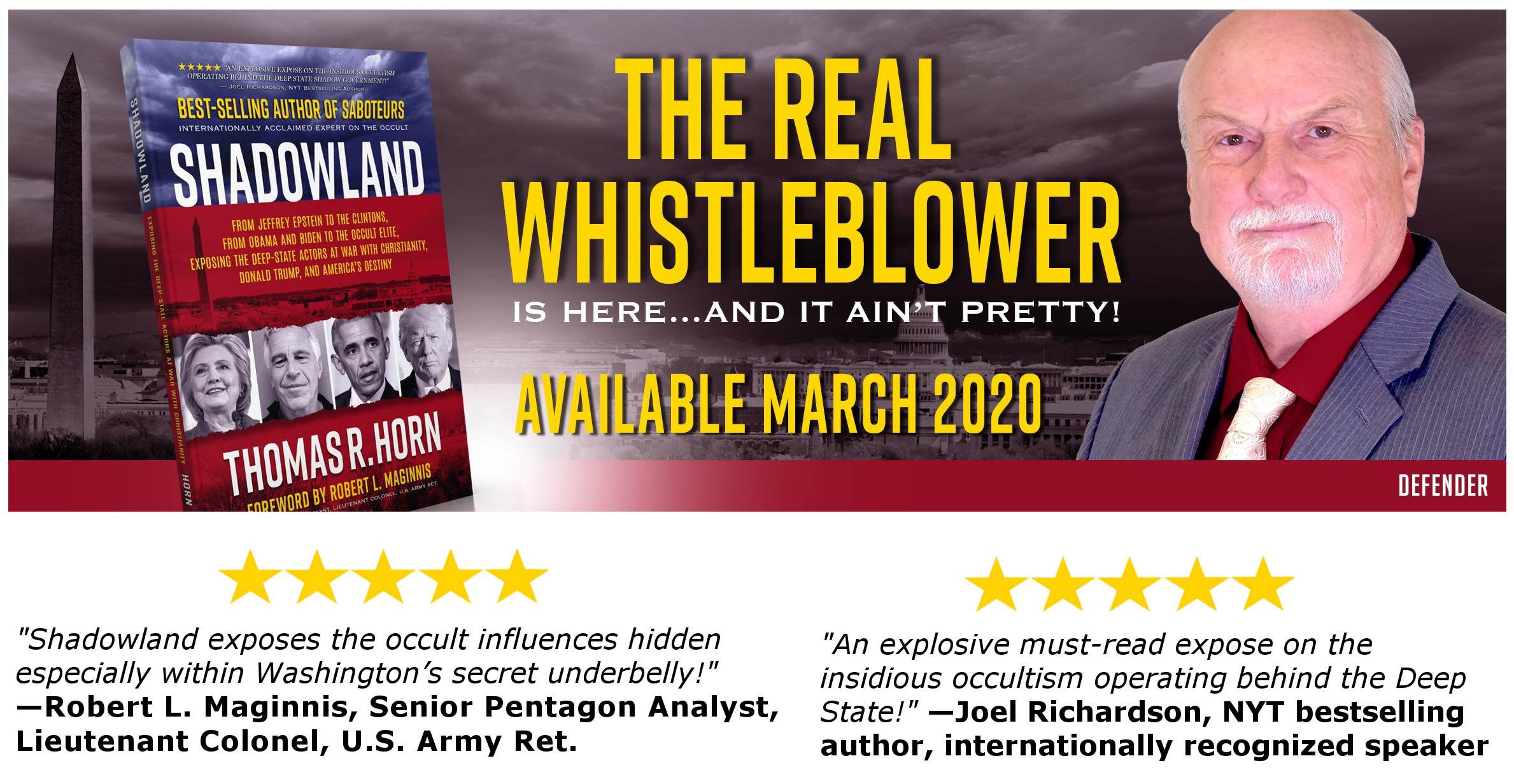