IS SHADOWLAND—AS TOM HORN REFERENCED ON “THE HAGMANN REPORT” THURSDAY—PLOTTING THE RETURN OF GUILLOTINES (SEE REV. 20:4)? Learning From The Jacobins And The French Revolution

[EDITORS NOTE: READ EXCERPT BELOW THIS STORY PARAGRAPH FROM THE BEST-SELLING BOOK SHADOWLAND ON WHAT BROUGHT THE FRENCH REVOLUTION GUILLOTINES] While we hope to never experience a revolution in our lifetime in America, it is important that we understand and learn from the revolutions of history. For part 1 of my series on revolutions, we are going to look at one of the defining revolutions in history — The French Revolution of 1789. Many today wrongly believe that the French Revolution was a success. By all measures, it was rather an abject failure, delaying France’s adoption of Democracy by more than one hundred years. This movement, which in many ways began as a noble cause in support of liberty and the freedom of man, brought about France’s notorious reign of terror. This was the direct result of the Jacobin movement of the revolution, led by Maximillian Robespierre. The immediate legacy of ensuing chaos was the rise of Napoleon Bonaparte and the death of millions of Frenchmen… (READ MORE)

DR. HORN MENTIONED THIS ON HAGMANN. BUT WAS THE FRENCH REVOLUTION REALLY UNDER CONTROL OF AN EGREGORE!? IF SO, WILL THIS DIRECT ANY FUTURE REVOLUTION!? READ IMPORTANT EXCERPT FROM SHADOWLAND BELOW!

Students of history have often looked with interest at the French Revolution and what dynamics caused it to result in the Year One horror of death and torture under Robespierre compared to the Revolutionary War in America that resulted in unprecedented freedoms and monetary success. While citizens in this country were rejoicing in newfound liberty, in Paris, more than 20,000 people were beheaded in the guillotines. The years following in France were marked by a reign of terror leading up to Orwellian totalitarianism and Napoleon (whose name actually means Apollo incarnate, the same spirit that will inhabit Antichrist, according to the book of Revelation). Why were the American and French Revolutions followed by such contrasting conclusions? The difference was that the American Revolution was fought on Christian principles of liberty, while the French Revolution–like many of the statue-smashing leftists and neo-fascist agitators reflect currently–was anti-God. The forces behind the French Revolution were out to eliminate people of faith as the enemies of France and to shut the mouths of God-fearing dissenters. They even placed a nude statue of a woman on the altar in the church at Notre Dame and proclaimed the God of Christianity dead. Soon thereafter, the French government collapsed (by the way, this is why I placed a so-called “Easter egg” reference on the cover of my book Blood on the Altar—a book about the coming genocide of true Christianity—in the form of a gargoyle from the Church of Notre Dame, a silent gesture nobody seemed to catch).

And make no mistake about this, either. Many of the people involved in such revolutions as the French one—like those occultists in Washington DC briefly mentioned at the start of this chapter—are aware their politics can be assisted or “energized” by powerful supernaturalism, which they seek to make covenants with and that, under the right circumstances, can take on social vivacity of its own (see Ephesians 6:12).

For instance, concerning the French Revolution specifically, some scholars note how practitioners of occultism comingled with evil nonhuman energies that emanated from their actions, symbols, and incantations and that, once summoned, were released upon a gullible society to encourage a destructive collective group mind. As people passed these “thoughtforms” or memes from one to another and the ideas became viral, the power and reach of “the entity” spread with it until it became an unimaginably destructive force. Writing about the Masonic involvement in the French Revolution, Gary Lachman makes an extraordinary and important observation about such immaterial destructive forces—which had unseen plans of their own—released as a result of occult politics:

Cazotte himself was aware of the dangerous energies unleashed by the Revolution.… Although Cazotte didn’t use the term, he would no doubt have agreed that, whatever started it, the Revolution soon took on a life of its own, coming under the power of an egregore, Greek for “watcher,” a kind of immaterial entity that is created by and presides over a human activity or collective. According to the anonymous author of the fascinating Meditations on the Tarot, there are no “good” egregores, only “negative” ones.… True or not, egregores can nevertheless be “engendered by the collective will and imagination of nations.” As Joscelyn Godwin points out, “an egregore is augmented by human belief, ritual and especially by sacrifice. If it is sufficiently nourished by such energies, the egregore can take on a life of its own and appear to be an independent, personal divinity, with a limited power on behalf of its devotees and an unlimited appetite for their future devotion.” If, as some esotericists believe, human conflicts are the result of spiritual forces for spiritual ends, and these forces are not all “good,” then collective catastrophes like the French Revolution take on a different significance.[i]

Fast forward to today, and anyone who thinks the eradication of public knowledge about the role that God played in American history and even our Civil War is divorced from supernaturalism or will stop with a few monuments being pulled down is in for a history lesson of their own. 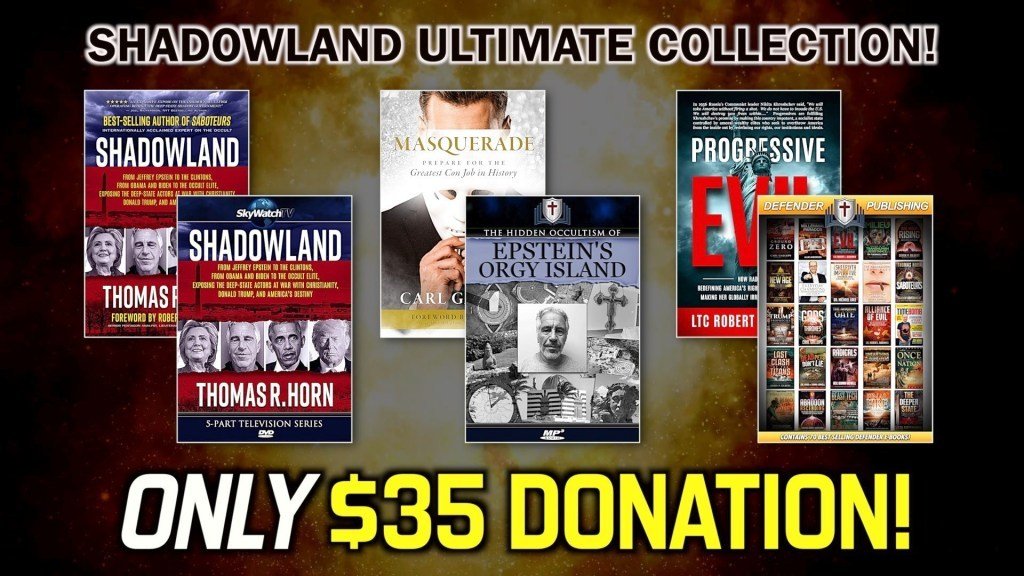