‘Mark of the Beast’ not lost on AG Barr

Recently Bill Gates argued that once we have a coronavirus vaccine, “digital certificates” should be issued to persons that have received it, causing U.S. Attorney General William Barr to say he would be “very concerned about the slippery slope in terms of continuing encroachments on personal liberty.”

Barr did not use the term ‘Mark of the Beast,’ but he is a conservative Christian and surely the idea of somehow ‘certifying’ people that have been vaccinated without which they will not be allowed to buy or sell or reenter the marketplace was not lost on his—our our—knowledge of Bible prophecy.

Recently in various media I have gone so far as to suggest a coronavirus-like pandemic could someday trigger events that give rise to a global mandatory vaccine, and that this could be how Antichrist introduces his dreaded mark.

Secular media do not appreciate me voicing such suspicions.

Nevertheless, many Christians believe that, before long, a prophesied end-times government will indeed appear and could be developing now. It will become a global authority, under which national boundaries dissolve, and ethnic groups, ideologies, religions, and economics from around the world, are forced to orchestrate a single and dominant sovereignty.

According to prophecy, a single personality will surface at the head of this administration. He will appear at first to be a man of distinguished character but will ultimately become “a king of fierce countenance” (Dan. 8:23). With imperious decree he will facilitate a one-world regime, universal religion, and globally monitored socialism. Those who refuse this dictatorial system will inevitably be imprisoned or destroyed, until at last he exalts himself “above all that is called God, or that is worshiped, so that he, as God, sitteth in the temple of God, showing himself that he is God” (2 Thess. 2:4).

The Antichrist’s widespread power will be derived at the expense of those individual liberties the U.S. Attorney General is concerned about. He will force “all, both small and great, rich and poor, free and bond to receive a mark in their right hand, or in their foreheads: And that no man might buy or sell, save he that had the mark, or the name of the beast, or the number of his name. Here is wisdom. Let him that hath understanding count the number of the beast: for it is the number of a man; and his number is Six hundred threescore and six [666]” (Rev. 13:16-18).

For many years the idea that humans could somehow succumb to becoming little more than branded cattle, and that rugged individualism would thereafter be sacrificed for an anesthetized universal harmony, was repudiated by America’s greatest minds. Then, in the 1970’s, things began to change. Following a call by Nelson Rockefeller for the creation of a “New World Order,” presidential candidate Jimmy Carter campaigned, saying, “We must replace balance of power politics with world order politics.”

What is at stake is more than one small country [Kuwait], it is a big idea–a new world order, where diverse nations are drawn together in common cause to achieve the universal aspirations of mankind: peace and security, freedom, and the rule of law. Such is a world worthy of our struggle, and worthy of our children’s future!

Ever since the President’s astonishing newscast, a parade of political and religious leaders (especially during the Obama era) have discharged a profusion of rhetoric aimed at implementing the goals of this Global World System.

Some have said Bill Gate’s ‘Digital Certificate’ imagines servicing such a scheme via an implantable chip (others have denied this is Gates’ plan) that would accommodate such developments by monitoring, tracking, and certifying vaccine compliance similar to what developers of biometric implant chips have foreseen for some time, and many Americans consider electronically marking humans or implanting a series of digital equations under the skin in this way to be the natural progress of current and advancing marketplace technologies.

The following examples illustrate how long this vision has been on the drawing board:

“All buying and selling in the program will be done by computer. No currency, no change, no checks. In the program, people would receive a number that had been assigned them tattooed in their wrist or forehead. The number is put on by laser beam and cannot be felt. The number in the body is not seen with the naked eye and is as permanent as your fingerprints. All items of consumer goods will be marked with a computer mark. The computer outlet in the store which picks up the number on the items at the checkstand will also pick up the number in the person’s body and automatically total the price and deduct the amount from the person’s ‘Special Drawing Rights’ account.”

The list above goes on and on up to the present hour and Defender Publishing has produced several books, films, and audio sets (including the two-time Telly Award-Winning documentary Inhuman, the books Beast Tech, Pandemonium’s Engine, Forbidden Gates, The Milieu and numerous other works here) that chronicle the technological progresses that soon could produce the ‘beastly’ slavery foresaw in Scripture.

After all, the government has never forced anyone to have a driver license, [but] try getting along without one, when everyone from your local banker to the car rental man to the hotel operator to the grocery store requires one in order for you to take advantage of their services, that amounts to a de facto mandate. If the government can force you to surrender your fingerprints to get a drivers license, why can’t it force you to get a computer chip implant? These are differences in degree, not in kind—which is why it’s essential to fight government privacy invasions from the outset.

As Social Security numbers were first voluntary, then mandatory, biometric chip implants or some derivative of similar tracking technology such as Bill Gates imagines are imminently inevitable unless citizens sufficiently oppose it. People like Mr. Getz may be on to something and conservatives like AG Barr are right to be concerned over the slippery slope that now appears to be leading mankind toward a high-tech path of no return.

And the third angel followed them, saying with a loud voice, If any man worship the beast and his image, and receive his mark in his forehead, or in his hand, The same shall drink of the wine of the wrath of God, which is poured out without mixture into the cup of his indignation; and he shall be tormented with fire and brimstone in the presence of the holy angels, and in the presence of the Lamb. And the smoke of their torment ascendeth up for ever and ever: and they have no rest day nor night, who worship the beast and his image, and whosoever receiveth the mark of his name” (Rev. 14:9-11).

FREE! GET THE BOOKS MENTIONED ABOVE + OVER 70 MORE FOR WHILE YOU SHELTER IN PLACE! 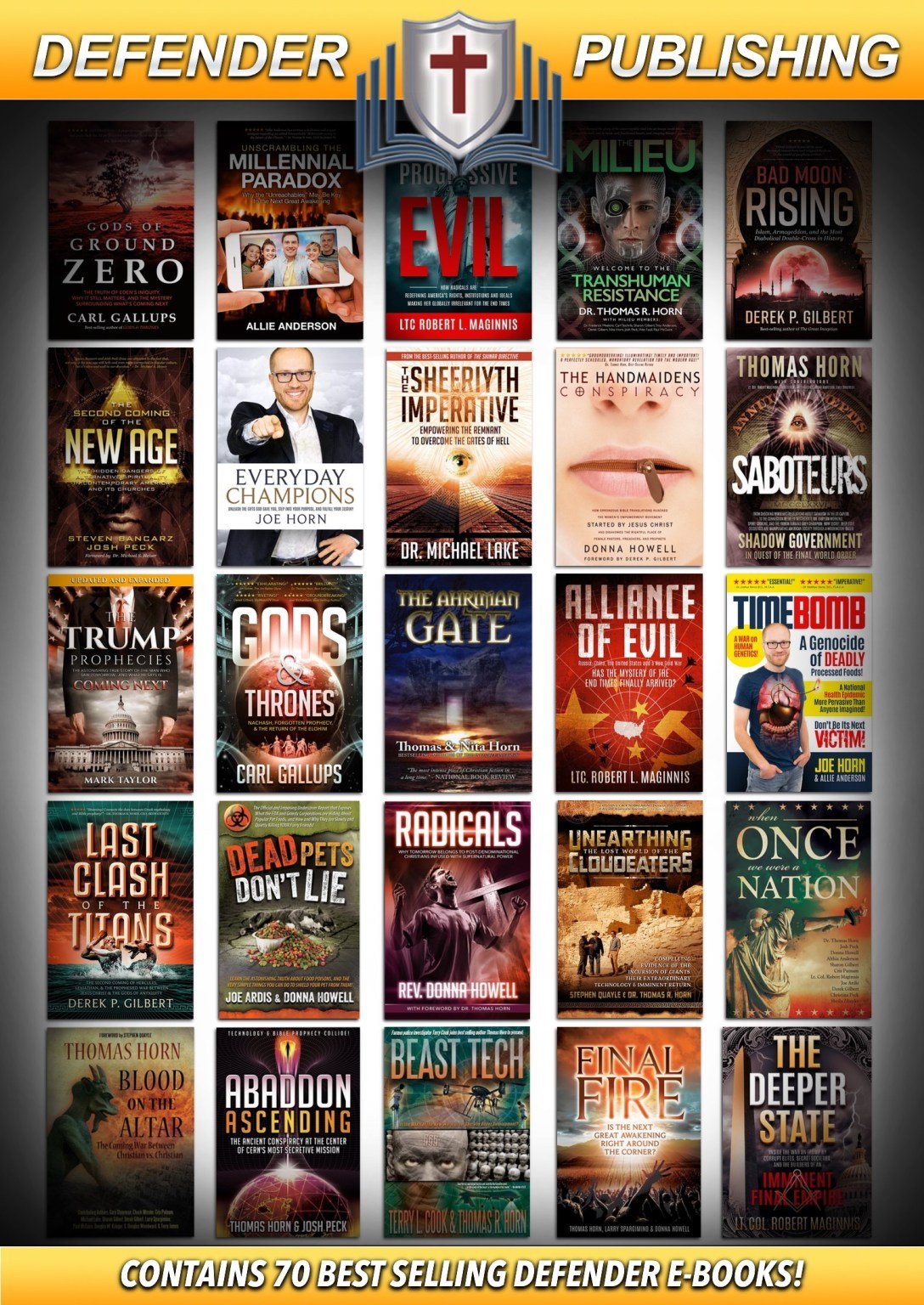 FREE! OVER 70 BEST-SELLING FILMS, BOOKS, & LIBRARIES FOR WHILE YOU SHELTER IN PLACE!