TRUTH IS A CASUALTY OF A BROKEN MORAL COMPASS 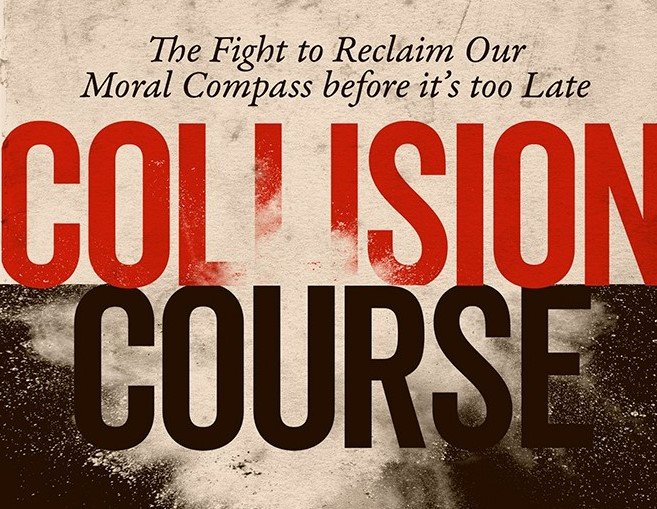 Truth is becoming an endangered species in America because our moral compass is broken.  The COVID-19 pandemic is just the latest petri dish into which truth has gone to rot like a dead fish.  It seems as if no one tells the truth anymore and in part that’s why America is failing.

It used to be a man’s word was his bond, the professional classes were mostly honest and government shot straight with citizens.  After all, America was built on trust in our leaders and its citizens.

Founder John Adams said as much: “Our constitution was made for a moral and religious people. It is wholly inadequate to the government of any other.” Our early leaders were known for their integrity.

President George Washington supposedly said “I cannot tell a lie.”  Abraham Lincoln, our greatest president, was known as Honest Abe.  But honesty, truth even from our chief executive is no longer an American virtue.  Truth is dead.

Today our relativistic culture tolerates lies on every front and the problem is getting worse.   The stark lack of truth is the canary in America’s coal mine – our country is coming apart at the seams because as Adams rightly said, our way of life was meant “for a moral and religious people.”  We are quickly jettisoning morality and religion that made us once great and truth is left in the wake.

Who do we trust today?

Should we believe our presidents?  History indicates Richard Nixon was a pathological liar and Lyndon B. Johnson lied to the American people about an “unprovoked attack” in Vietnam’s Gulf of Tonkin, which he used as an excuse to extend a dead-end war that cost more than 58,000 American lives.  George W. Bush lied about Iraq’s weapons of mass destruction which led to a war that cost a trillion dollars and more than 4,400 American lives.  Even the Democrat Party’s darling, President Barack Obama famously promised that Obamacare would bring down health care costs.  He said that if you like your health plan, you’d be able to keep it.  He lied.

Who believes officials like Hillary Clinton, the former first lady, secretary of state and 2016 presidential candidate?  Remember her missing emails, the “vast right-wing conspiracy,” Whitewater or the time she claimed to have landed in Bosnia under sniper fire?

Who believes our medical professionals in the ongoing COVID-19 pandemic?  At first, we sheltered in place because of their doomsday forecasts but then our skepticism erupted.  Yes, it seems as if every day there is some new and alarming statement from a medical expert about our coming calamity, while there are conflicting promises that a vaccine is either at our doorstep or years away at best.  Life will never be the same, say others and some even say we must shelter in place until either we or the virus dies.

Who believes our federal law enforcement?  This past week we learned that deep state miscreants used our Federal Bureau of Investigation and Justice Department to entrap former national security advisor and retired Lt. Gen. Michael Flynn.   The prosecutor dropped the case when newly released documents proved senior FBI officials conspired to set-up Flynn hoping to force him to help overturn the election of Donald Trump.

Who believes Congress and especially the likes of disgraced Representative Adam Schiff (D., Calif.) who chairs the House Intelligence Committee and was the front man for the Russia hoax investigation that dragged the nation through three years of slimy lies costing tens of millions in taxpayer funds?

Now the truth about the Russia hoax is out.  The lineup of lying former Obama officials are exposed for misleading the public thanks to documents released by both Congress and the Director of National Intelligence.

Who believes in our state and local justice systems?  Recent cases of moms arrested for letting their children play in public parks or with neighbor kids are frightening evidence of gestapo-like tactics used to trample on our liberties.

Most telling was the case of the Dallas, Texas salon owner thrown in jail after defying state restrictions ordering her to keep her business closed.  She opened to earn money to feed her children.  Meanwhile, across other jurisdictions many hundreds of convicts serving hard time were freed early because of the COVID-19 threat in prisons.  Some of those former convicts quickly returned to their lives of crime and the innocent suffered.

Who believes the mainstream media?  They lie about both the spread of the coronavirus and President Trump by using facts and figures out of context in misleading ways.  Even when they get the facts right, they string them together without providing context – making them guilty of sins of omission.

What is the mainstream media’s real objective?  They promote a progressive anti-Trump agenda.  After all, the vast majority of today’s mainstream journalists are ideological progressives who align with the Democrat Party.  So, they isolate facts, choose to omit very basic information or editorialize in their reporting which earns them the rightful title of “fake news.”

Who believes the truth about sexual allegations made against officials?  Former Vice President Joe Biden, the presumptive Democrat Party’s 2020 presidential candidate, stands accused by his former senate aid of sexual assault.  Mainstream media and much of Biden’s party accept his denial.  But two years ago, when now Supreme Court Justice Brett Kavanaugh was grilled about unsubstantiated sex-based allegations, most of the same Democrats excusing Biden today called for an investigation and the withdraw of Kavanaugh’s nomination.   Such hypocrisy!

Yes, there is a pervasive lack of trust and truth in America.  No wonder a 2018 Gallup poll found that four in five adults (79 percent) believe the morals and values of America are declining across all areas of life.

The most corrupt, according to Gallup, are politicians (58 percent), specifically our congress.  Only 8 percent of respondents held a high or very high impression of members of congress concerning honesty and ethics.  Others in this culture fare little better.

What contributes to the popular view that American morals and values are in the toilet?

That’s pretty obvious.  Much of our culture is dominated by secularists who embrace a so-called progressive worldview defined by two concepts, relativism and humanism.

Relativism states that truth is relative and that no set of values is better than any other.  Not surprisingly, for the contemporary relativist, morality is a personal preference; truth is just a label.

The view of “relative truth” may sound open-minded but it’s flawed logic.  After all, not even relativists believe gravity works for you but not for me.  Otherwise the relativist would jump off a tall building expecting to land safely.

Humanism is the progressives’ religion which does not recognize absolutes like truth or an eternal, all powerful God.  The humanist decides on the best course of life and what is ultimately right and wrong (truth).

Today’s pervasive secular worldview is based on humanism and relativism which are the very antithesis of the Christian values and principles which made America once great.

The death of truth in America is just one of many indications of cultural decay.  And that decay is even evident with the moral center of our society– the religious communities – which no longer believe in objective truth either.

In early America the Christian church was the “pillar and ground of the truth” as the Apostle Paul wrote in 1 Timothy 3:15, but that is no longer.  We too are awash with relativism, humanism and trending away from Christian teaching.

You see, real truth is universal, absolute, objective, and based on God’s word.  It should be personal and it is knowable.  But today it is a casualty of a corrupted culture.

We must restore truth to repair our broken moral compass.  Otherwise, like John Adams explained at America’s founding, our way of government won’t survive.

Robert Maginnis is the author of seven books to include The Deeper State, Progressive Evil and the newest being released this summer, Collision Course, The Fight to Reclaim Our Moral Compass before it’s too Late. 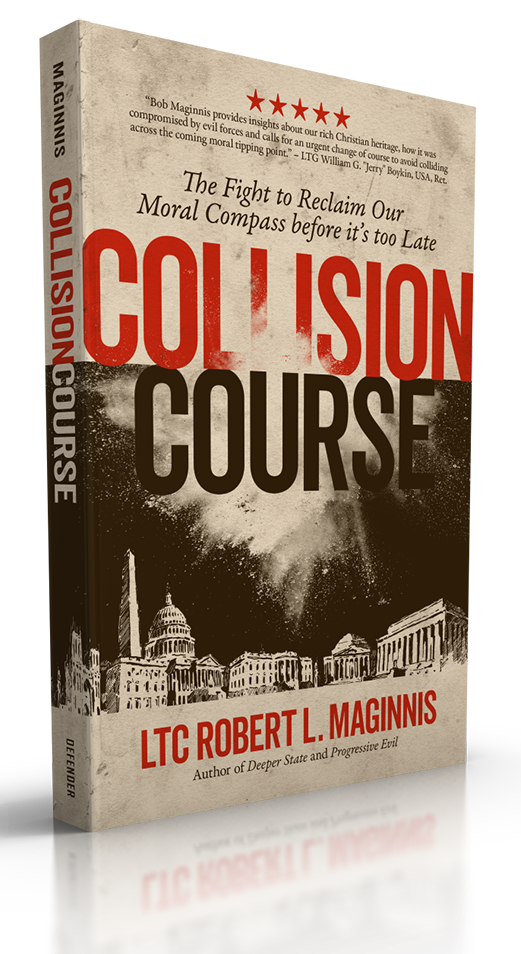