Jennifer Aniston Flashes Mysterious ‘11 11’ Wrist Tattoo During Chat With Friends Co-Star Lisa Kudrow And PEOPLE MAGAZINE IS MYSTIFIED. BUT! Dr. Thomas Horn’s Readers Will Immediately Recognize The Occult Connection To THE SECOND COMING OF APOLLO-ANTICHRIST FROM THE BESTSELLING BOOK “ZENITH 2016” 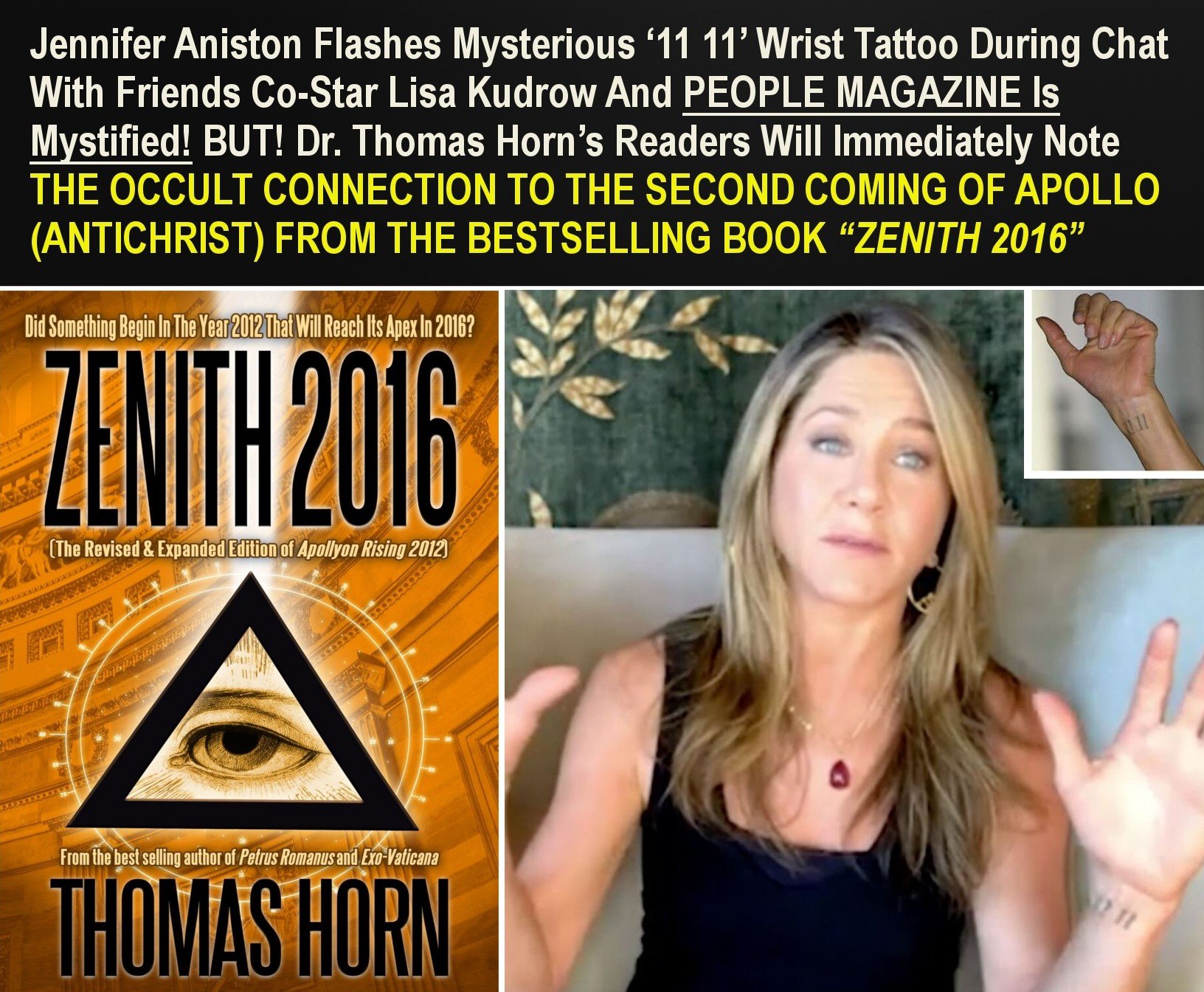 People Magazine ran an intriguing article earlier this week discussing how “Friends co-stars Jennifer Aniston and Lisa Kudrow recently reunited to interview one another and reminisce over their TV show days in Variety’s Actors on Actors series.

“During their chat, Aniston, 51, showed off her ink when she raised her left hand, revealing the ‘11 11’ design on the inside of her left wrist… the star has yet to speak out about it. She has, however, showed it off on the red carpet, waving to cameras at the 2020 Golden Globe Awards and 2020 SAG Awards.”[i]

In 2019, Aniston may have hinted the hidden significance behind her cryptic tattoo, revealing to The New York Times that for the past 30 years she “and her closest friends” have participated in “ritual Goddess Circles”[ii] as well as dabbling in witchcraft. Online occult circles implied this may be part of a secret Hollywood coven.[iii]

For those confused by the ’11 11’ tat and what it has to do with witchcraft and the devil’s son, here is an excerpt from “ZENITH 2016, CHAPTER 11:11—When Apollo/Osiris/Nimrod, Son of Lucifer, Shall Come” (FREE WITH $200.00 IN MORE GIFTS IN COLLECTION HERE!) on this specific occult numerology and what it beckons:

From Christians to New Agers, skeptics to historians, the world was enthralled until recently with the meaning of the year 2012. In general, the excitement (or dread, as the case may be) surrounded a variety of predictions made by ancient and modern sources concerning a portentous moment in time. Mankind was on course toward unprecedented global upheaval, according to these experts, when the Earth, and all life upon it, will undergo apocalyptica marked by the end of the “thirteenth baktun” of the Mesoamerican Mayan Long Count. The exact end date of this calendar was first postulated as December 21, 2012 [recalculated last week to June 21, 2020 to represent the start of the final epoch of man], when during the winter solstice at 11:11 GMT (Greenwich Mean Time plus New Age numerologists say events linked to the time 11:11 appear more often than can be explained by chance or coincidence and signals the entrance of a powerful spirit]), the sun supposedly aligned with the galactic center of the Milky Way galaxy, an event that occurs only every thirteen thousand years. The precession of the equinoxes concluded a twenty-six-thousand-year cycle, bringing the astrological Age of Pisces to an end and introducing the beginning of Aquarius, when the next cycle began and the sun arose out of the mouth of the Ouroboros (great serpent of the Milky Way). This was the sun rising in Sagittarius, the centaur with a bow—the symbol for Nimrod coming out from the mouth of Leviathan and the sun “god” rising again—Nimrod/Osiris/Apollo. The Mayans predicted this conjunction, interpreting it as a harbinger of the end of the world as we know it and the beginning of a new era. While the Maya were not alone among ancient cultures in this regard [for instance Dr. Horn in Zenith 2016 details the Hindu Kali Yuga calendar, the Cherokee Star Constellation Prophecies, the ancient Jewish Zohar and many other ancient texts that also predicted global Earth changes following the years 2012-2016] it is the Maya who were mostly credited with fixing the importance of this date. Researchers say cataclysmic events associated with this final dispensation have already started, including geologic upheaval, drought, famine, mass extinction, and the [chaos among civilians today].

Like the Aztec and Inca, the Maya believed Earth seasons and celestial cycles were affected by otherworldly and prophetic significance. Mayan priests interpreted such activity and coupled it with the mathematics of their calendars, making predictions based on the terrestrial and celestial cycles.

Early on, the only known Mayan inscription that elaborated on the specific significance behind the end of the thirteenth baktun at 11:11 GMT December 21, 2012 [now recalculated to June 21, 2020] was discovered on Monument 6 at Tortuguero, in Tabasco, Mexico. Though defaced from area construction and previous looting of the archaeological location, scholars were able to partially translate the monument, finding that it referred to the return of the spirit of Bolon Yokte K’u, the underworld lord who represents the solar system and the nine support gods orbiting the Sun.

While New Agers admitted the Mayan prediction thus heralded the return of the spirit of the underworld giant Bolon Yokte K’u to Earth (same date the Toltec prophesied the return of the spirit Quetzalcoatl), a few rightly claimed this advent and the roll-over of the Mayan calendar and Jaguar prophecies accompanying it did not forecast the end of the world but rather a new dispensation or Golden Age of ascended consciousness… 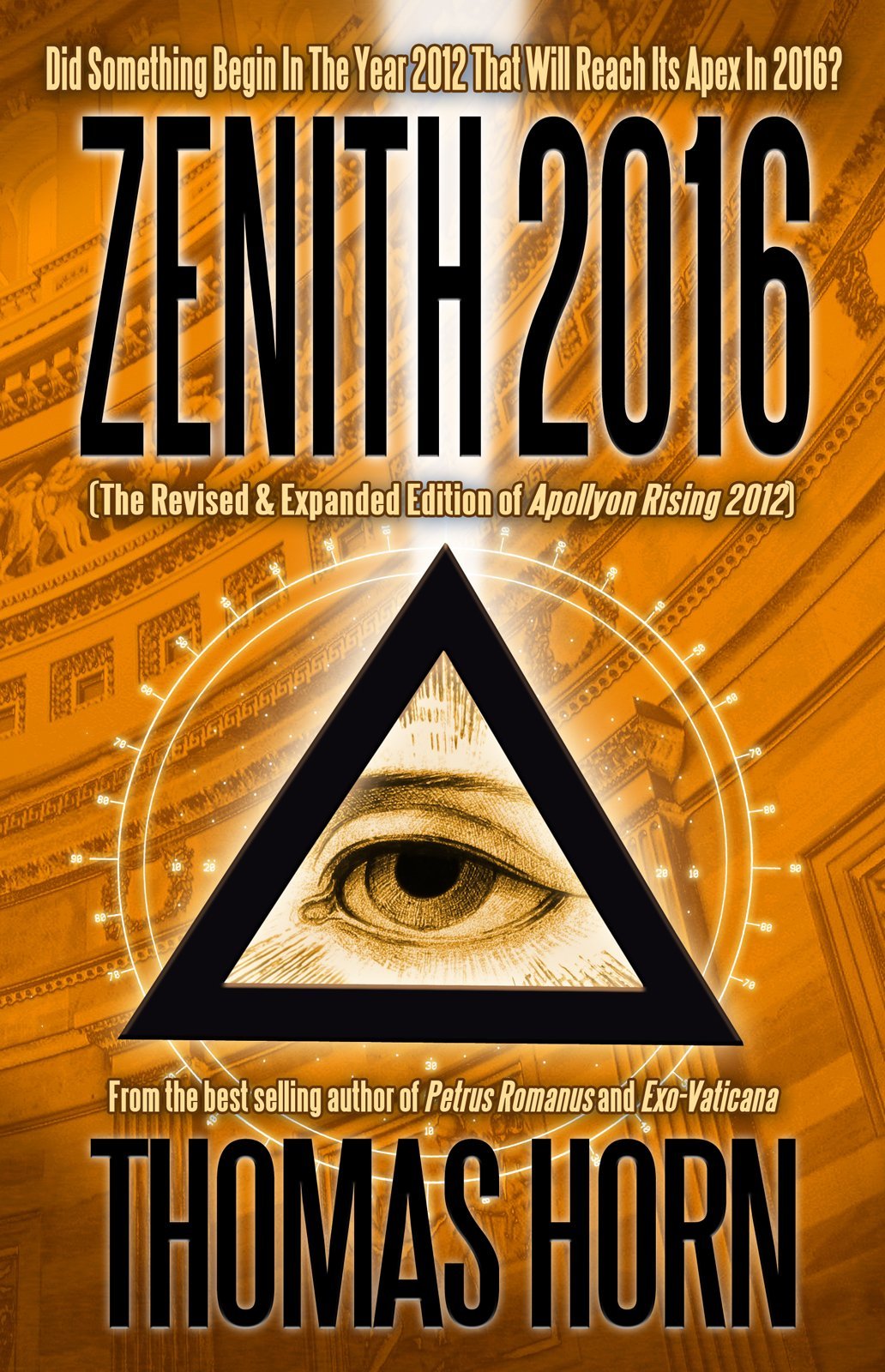