Why During This Re-Flourishing Pandemic People Are Celebrating God’s Miracle Methods Of Protecting Themselves, Taking Charge Of Their Health! 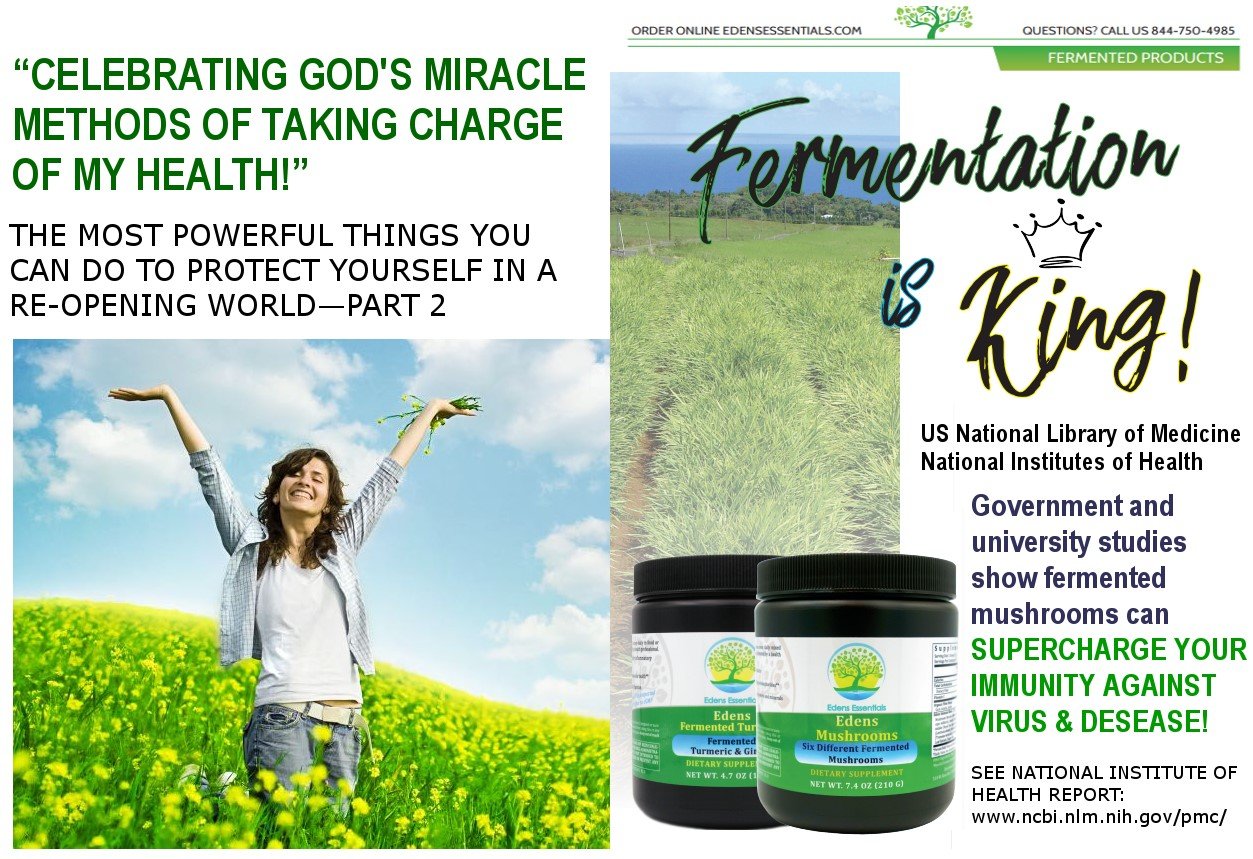 In our first post in this new online series one might be drawn to believe medical Doctors are part of the problem. But our first major point is that WE carry personal responsibility for our health and vitality. WE are the one that can take charge and make an enormous difference in our survival, health, and quality of life.

That said, in the west we’re trained to follow a certain protocol for dealing with illness: We experience symptoms (usually some type of discomfort), and eventually they become troublesome enough to compel us to look for a trusted medical professional. That person then tells us what is wrong and offers treatment (usually a pill or other medication). We follow the instructions until the prescribed time-frame has expired. Then, we go on with our lives, forgetting the symptoms as long as they don’t return. However, we often fail to consider that many symptoms are precisely that—symptoms; they are our body’s way of signaling an underlying problem. We don’t realize that by the time we see a medical professional, a condition of some sort has already escalated into discomfort. Unaware of the cause of our distress, we discuss symptoms with that professional, who then then gives us precisely what we are asking for: something to grant relief. 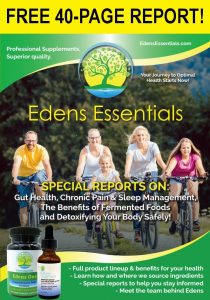 Since many providers are also often unaware of the underlying problem, they consider it a success when they can mask our discomfort and make us feel better. However, when an issue lies beneath the surface and there are no red flags, the professional has no way of knowing what the source of trouble may be—or even if there is one. Thus, when warning signs are concealed, it’s assumed that the patient has been restored to optimum health. Unfortunately, the central, unaddressed difficulty often continues to manifest in varying symptoms until it worsens and emerges as a chronic disorder or illness.

Many, at this point in the conversation, shake a finger at doctors and blame them for myriad flaws. Some say they are profiteers, others accuse them of being unknowledgeable, and a further crowd states that they are uninterested in patients’ well-being and don’t give full disclosure about side effects of medications, etc. While professionals in any industry may display such faults, those in the medical field often receive a particularly bad rap. Unfortunately, doctors can’t always see the complications beneath the surface that eventually result in sickness. Furthermore, the uptick in chronic illness, cancer, and other diseases since the mid-1990s has caused many in medicine to be overwhelmed, and they’re on a hard curve to understand the epidemics at hand. For many, providing health and comfort to their patients may seem like a medical version of “whack-a-mole”—they hammer away at sporadic and seemingly disconnected symptoms that keep popping up. While some may argue that conventional doctors don’t adequately address overall nutrition, it’s likewise true that by the time someone seeks medical care for symptoms, the underlying issues of malnutrition and years of neglecting self-care have begun to create a complicated set of circumstances. And, many of these professionals are aware that they may have little cooperation from patients regarding lifestyle changes, preferring the quick fix of drugs.

In truth, many folks who go into medicine chose their careers because they wanted to help people. In addition, many were educated and trained in preceding decades, when the nutritional value of our food was still declining and hadn’t yet bottomed out, while the practice of adding dangerous ingredients to our food was on the rise, and the need for alarm hadn’t yet surfaced. In other words, they’re still catching up to the dire nutritional bankruptcy most patients today are suffering.

We can see an example of this through the story of my (Joe’s) daughter who, several years ago, began to suffer chronic urinary tract infections (UTIs). Our doctor at the time (a Western medical professional we greatly respected; this was before we embarked on our far more successful natural health journey) gave her repeated rounds of antibiotics (which, as previously mentioned, damages the gut flora, lowering the immune system in the long run). But each time, the UTI would return in a couple of months. As we began to explore natural healthcare, I discovered D-mannose, a natural element that comes from the soil and used to be found in our food. (Incidentally, it is likewise found in organic cranberries, which explains the practice of taking cranberry supplements for UTI prevention. Many who suffer chronic UTIs have found success in a D-mannose regimen, as it binds to bacteria in the bladder, disabling its ability to cling to tissue, thus causing it to be expelled in urination).

Because of over-farming, we suffer a deficiency of this vital substance. When my wife and I began to supplement our daughter’s diet with D-mannose, the infections stopped. However, when I took the supplement to the doctor we thought so highly of, she said she had never even heard of it. This type of nutritional shortage in our food creates a certain brand of sabotage to the success of today’s doctors. They not only have to contend with the health epidemics that are ravaging society, but they’re also expected to offer expertise regarding all the ever-changing shortcomings of our food supply—all while diagnosing any correlation between the two. Then, they’re expected to individualize this gap to every patient in order to reverse and prevent related disease patterns.

Further, physicians are often accused of being “ignorant,” “money-hungry,” or just plain “stupid” when they’re unable to diagnose the cause of ambiguous illnesses. But these symptoms are almost always byproducts of deeper issues, often perpetuated by continued (albeit often unintentional) bad decisions. Additionally, the adaptable human body keeps on trying to stave off the onslaught, perpetually morphing its response to toxins, pollutants, sedentary lifestyles, and nutritional deficiencies. This causes a huge, ever-growing variance in physical manifestations, which is why “new” conditions, disorders, and diseases are always being discovered. Even when sophisticated equipment can pinpoint a particular illness, all that does is provide a label; it gives little or no insight to the central problem. 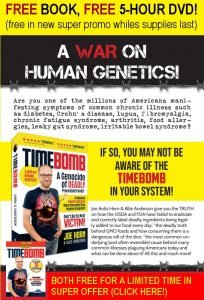 In the midst of these clashing circumstances stands the Western medical professionals. They are only human. Often, they are overwhelmed (with all the issues discussed here), and this is before the size of their caseload is even brought into the discussion. Many live on call day and night and do what they do just because they care. Frequently, they simply don’t have the right tools. They follow the protocols they learned during their training (an education which, by the way, leaves them with enough debt to offset their seemingly disproportionately high salaries). Because new medical conditions keep being discovered, they must roll with an ever-evolving knowledge base.

Dr. Zach Bush is a physician who specializes in endocrinology, metabolism, and internal medicine. He has expertise in hospice and palliative care and is the director of the M Clinic in Virginia and author of numerous articles in respected, peer-reviewed medical journal articles. He is an outspoken authority on the emerging evidence linking chemical pesticides and modern pharmaceutical practices with the current, widespread health epidemic. As for the situation facing physicians who are contending with this crisis, he explains, most doctors won’t reflect on this time in terms of medical procedures, but, rather through relationships that they have made along the way. Dr. Bush describes the disillusionment doctors experience when they learn they don’t have all the tools they need to provide good healthcare:

We believe we need to restore honor to the physicians serving our society by realizing that they cannot make people better. They merely respond to our symptoms—and try to alleviate them to improve our quality of life. We have to realize that while doctors are good resources, our healthcare starts in our own hands, long before we ever place it on the table of professionals.

As patients, we tend to pigeonhole doctors into one of two positions: (1) as an unquestionable authority who speaks a protocol that we must follow precisely and whom we blame when we don’t get well, or, (2) as an enemy because the treatment is—for whatever reason—unsuccessful. But if we think this way, we’re viewing these specialists in the wrong light. Doctors are resources we can turn to in our pursuit of good health. Many of us expect them to “play God,” but that’s a game they can never win.

When physicians do fail, we often blame them for being inadequate or even uncaring. The truth is, in a perfect world, the pharmaceutical industry would be restructured to make consumers more aware of the shortcomings and side effects of its products; food would be grown under the safest and healthiest of circumstances and free of dangerous ingredients; medical training would be amended to include preventative care rather than just the treatment of symptoms; and profiteering at the expense of people’s health would be a thing of the past.

But this isn’t the world we live in—yet. While we exist in the realm of obstacles like the ones I’ve mentioned here, it’s vital that we take charge of our own preventative care. For those who are already sick, there is hope for reversing disease or managing your illness or condition to yield a higher quality of life, which we will cover in detail during this series. For those who are not ill, we can’t stress enough the importance of becoming proactive about your health—now—to ensure the blessing of wellness in your future.

UP NEXT: How Did We Get Here And How Do We Fix It? 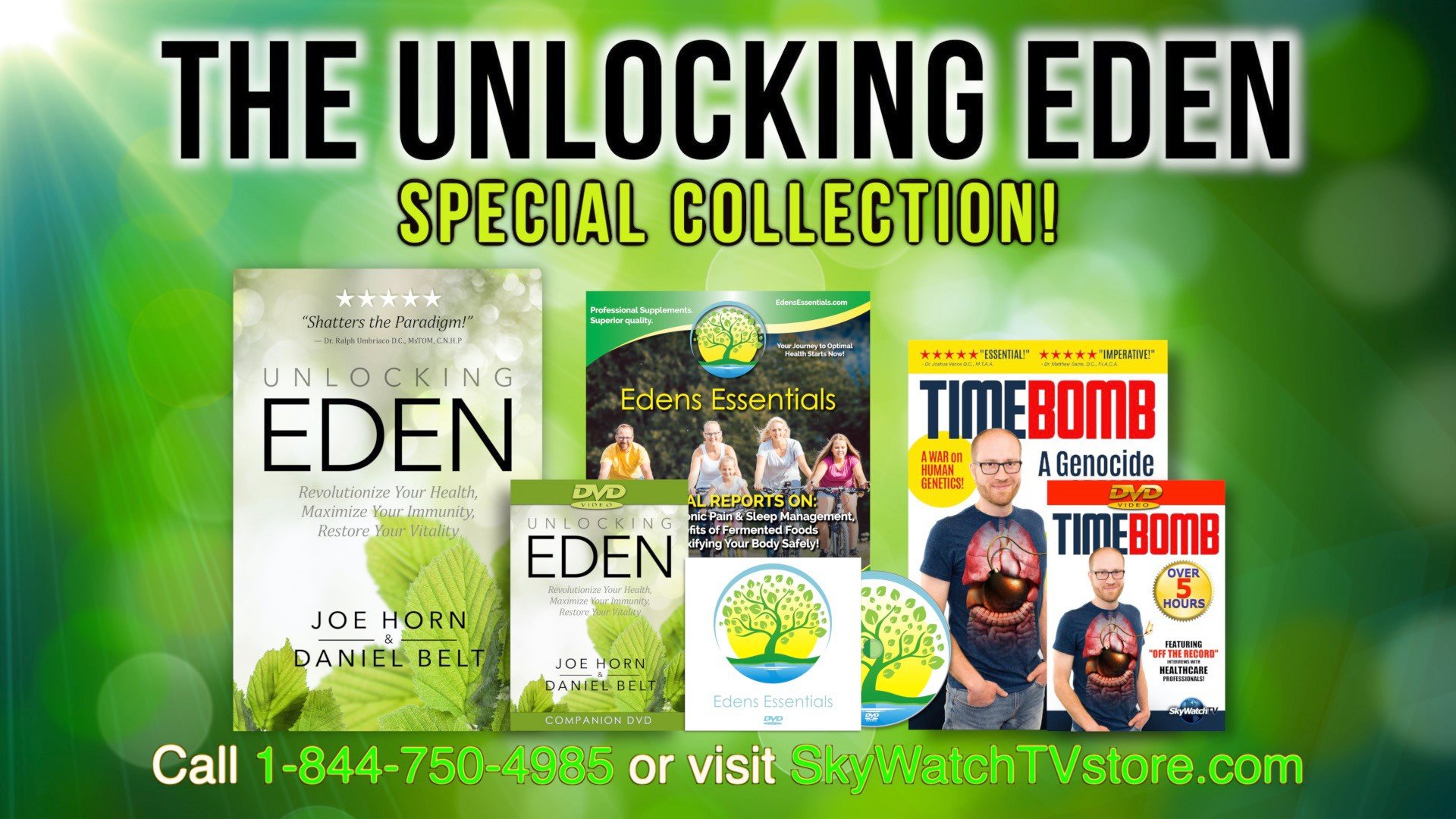