KEEPING IN MIND THAT, IN THE BIBLE, A PERSON’S NAME IS TIED TO THEIR DESTINY, CONSIDER THIS: Biden’s VP Pick Kamala Harris’ Pagan Name Invokes “The Destroyer Of Worlds,” “Illusion,” “Demonic Warfare” 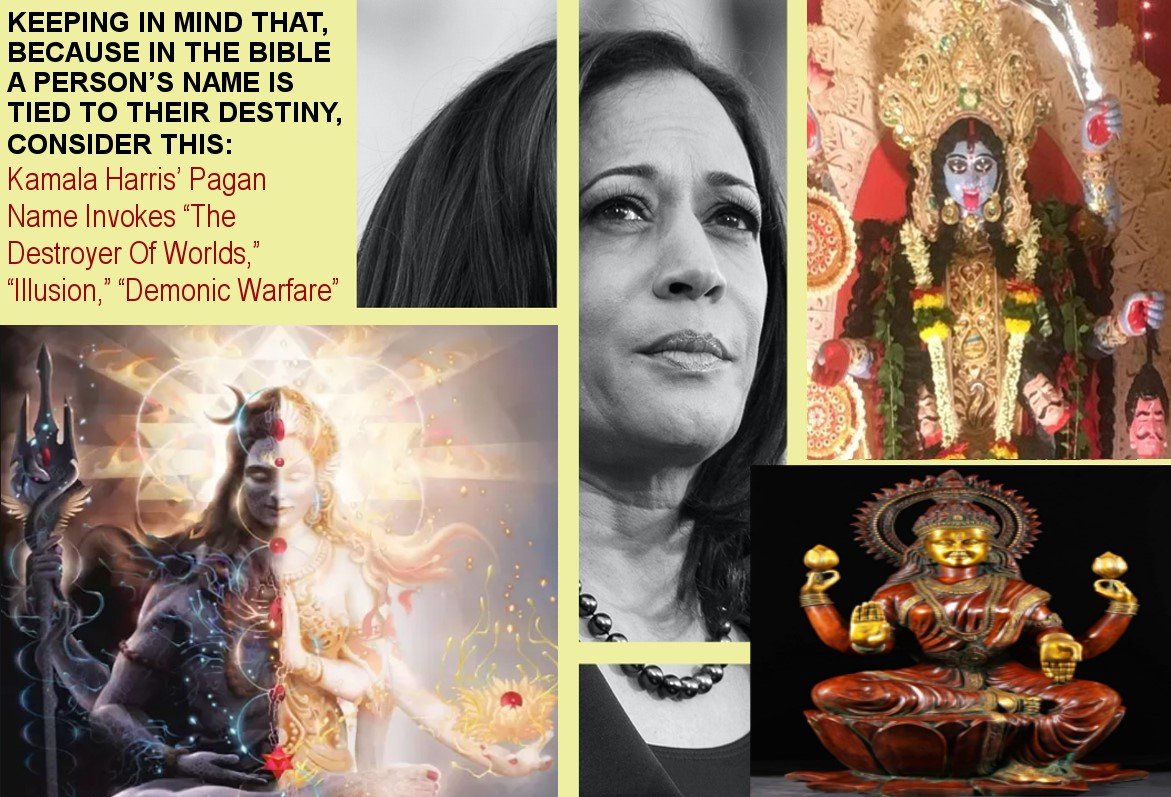 Joe Biden has chosen Senator Kamala Harris to join him on the ticket this November. Harris’ unique name — Kamala Devi — and that of her sister, Maya, were bestowed names that are drawn from pagan mythology. Kamala itself is a name of a well-known Hindu goddess, who is probably better known as Lakshmi. Devi is a Hindu goddess as well. It is a Sanskrit word that means “goddess,” but it is also the name of the Hindu mother goddess. Devi has a fierce side, and is involved in not only creating worlds, but destroying them as well. Her sister’s middle name matches Kamala’s — Maya’s middle name is Lakshmi. Maya is also a Sanskrit name meaning “illusion,” and is another name of Durga, a Hindu goddess of war… (READ MORE)