Terror against Jews became the all-consuming drive of Hitler’s plan to eradicate the House of Israel from Germany and the planet. Hitler held the Jewish bankers and others of the race responsible for Germany’s defeat and humiliation in World War I.

He wrote in his book, Mein Kampf, that the Jews were at the heart of most all of the problems in the world—and, particularly, in Germany. They were, he said, a subhuman and inferior race, and must be eliminated. This must be done, along with the subjection of all other inferior peoples, so that the Aryan race could dominate Germany and eventually the world.

People of the Aryan race were, he believed, superior human beings—ideally, they were those with blond hair and blue eyes. It is more than paradoxical that Hitler himself and other close henchmen like Goebbels and Heinrich Himmler, head of the SS, looked anything but “Aryan.” Herman Goering, the head of the German Luftwaffe (air force) and Nazi terror chief Reinhard Heydrich were blond and blue-eyed, but many within the top echelon of the Third Reich looked anything but Nordic.

Hitler’s anti-Semitic contagion soon infected all within the top ranks of the Third Reich. The plan to implement the elimination of all Jewry and other “inferior” races percolated and boiled into a froth of hate-filled rhetoric and policies. The Nazis wrapped the horrific plan within a nonthreatening term, one designed to deflect from what the madness really came down to—genocide of a magnitude never seen before in the annals of history.

The name for the plans for genocide became the “Final Solution.” 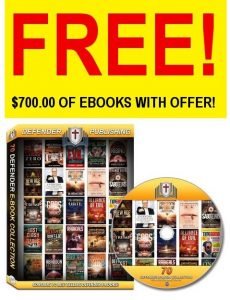 Historians still can’t point to the precise beginning of the implementation of the Final Solution. However, it no doubt resulted from a decade of increasingly beastly policies under the directives signed off on by Adolf Hitler. The results were genocidal atrocities that continued to grow alongside Hitler’s megalomania that would lead to world war.

The genocide was put into full force after going through stages.

Following the Nazi party’s rise to power, Reich-enforced racism eventuated in establishment of anti-Jewish legislation. This included boycotts, “Aryanization,” and the genocidal orchestration by the state. The anti-Semitic rage came to a crescendo on the “Night of Broken Glass.” The atrocities of the pogrom were brought down full force against the hated Jews. The intention was to see to it that all of Jewry was removed from German society and, eventually, from Europe.

“Aryanization,” or “Germinization,” was put into effect to see to it that all vestiges of impure racial characteristics were erased from the Reich. Heinrich Himmler ordered that children be taken away from parents to make Germanization work. SS families adopted children stolen from homes throughout territories occupied by Third Reich forces.

Parents never saw their children again in most cases of the kidnappings. Nazification was so brutal and complete that Reich enforcers would ruthlessly murder anyone who didn’t conform to the Aryan master race model. Even children who didn’t have the physical, Aryan characteristics were subject to removal from occupied territories and placed in camps where most eventually died.

Later, Himmler set up the Nazi Lebensborn program, a breeding scheme to further Aryanize the Third Reich. That program was created and put into force to bring about a super race of Germanized children through breeding, kidnapping, and even murder.

Considering the ghastly evil the Third Reich perpetrated against the Jews in particular, the Lebensborn program has not been as vilified or even scrutinized like other Nazi atrocities. The public in general has paid little attention. This is, perhaps, because it seems by comparison to the ghettos, gas chambers, and crematoriums to be a sort of an effort to do something positive rather than heinously evil. Nonetheless, the program to bring about a master race violated every principle of humanity as well as morality at its most basic level.

While other Nazi policies aimed at rounding up and murdering people Hitler, Himmler, Goering, Goebbels, and the rest thought of as subhuman in need of extermination, Lebensborn was meant to repopulate society with the very best that genetic manipulation could produce—a nation full of racially pure Aryan children. Therefore, the program seemed almost innocuous.

Himmler, in 1935, started a campaign, through propaganda masterfully orchestrated by Josef Goebbels, to invite any unwed mother who fit the racial profile to give birth inside a Lebensborn home. The effort was to be something that would fly in the face of previous German moral comportment. No longer was having a child out of wedlock to be considered a source of shame. Rather, the Third Reich would celebrate the birth of any Aryan child, regardless of the parents’ marital status.

Himmler promised any pregnant woman who met the racial purity qualifications that she would be brought to a Lebensborn facility in a confidential way and offered the very best care. She would be returned home after the birth of her child.

Any girl unable to care for the child would be assisted in finding a suitable Aryan family that would adopt.

The policy’s generosity wasn’t without its limits. The woman who was to produce a baby for the master race was expected to meet uncompromising standards. She must be racially pure, no matter what her social or other standing might be. Her acceptance and assistance of the Nazi state was strictly based upon genealogy. Only proof of paternity and a racially pure family tree dating back three generations gained her access. The result was an acceptance rate that hovered around 40 percent.

But even the Lebensborn Program couldn’t meet the Nazis’ demands to create the master race in the time frame they wished. So Himmler took the program much further. He ordered the arrangement of secret conjugal visits between willing young women and SS soldiers with Aryan traits. The aim was to create more babies for the Nazi party—with no offer of marriage on the table.

The Nazis destroyed almost all of the documents on the Lebensborn program as the Allied forces neared victory, leaving an estimated 200,000 victims separated from their families. Some made it home, but others couldn’t remember enough of their families to find their way back.

Still others remained convinced their original families didn’t want them and believed the retraining; they saw themselves as German citizens, for better or for worse.

The most famous child of the Lebensborn program is Norwegian ABBA singer Anni-Frid Lyngstad, who was fathered by a German sergeant. Her widowed mother escaped after the war and took her daughter to Sweden, where the government accepted several hundred refugee children and saved them from persecution.

Many parents chose not to tell their children about their heritage and the Lebensborn program, inventing better stories and fictional fathers for their young ones to believe in.

And some are still in the dark about their heritage to this day, unaware of the part that Adolf Hitler and Heinrich Himmler would have had them play in their quest to build a master race that would rule for a thousand years—the ultimate goal of Lebensborn.[i]

The beginning of World War II brought on unrestrained institution of the Final Solution—the demonically inspired plan to murder every person of the Jewish race the Nazis could locate and eliminate.

All the while the matter of racial purity was being dealt with, the Final Solution was in full rage. Ghettos were established in occupied areas. The Jewish people of Poland were the first and most notable to suffer being sealed up in these brutally controlled inner-city areas. Not only Polish citizens, but western European Jews as well, were deported to the ghettos.

At first, the killing was accomplished through shooting or gassing in makeshift ways using mobile vans. Soon, however, those assigned the task of murder were suffering psychological ill effects. Thus, this method was considered inconvenient and inadequate for eliminating the massive numbers Hitler, Himmler, and the rest desired in order to carry out the Final Solution.

Hitler himself, having observed the protests of much of the German population over growing brutalization by the Nazi Party, never again put his personal signature to any document authorizing such heinous activity. He wanted to appear to have nothing to do with the mass murdering to come.

The Nazis began the systematic deportation of Jews to accomplish greater killing capacity after the Wannsee Conference in January 1942.

The term “Final Solution of the Jewish Question” was a euphemism used by Nazi Germany’s leaders. It referred to the mass murder of Europe’s Jews. It brought an end to policies aimed at encouraging or forcing Jews to leave the German Reich and other parts of Europe. Those policies were replaced by systematic annihilation.

Jews were moved from all over Europe to various extermination camps established in territory formerly belonging to Poland. Names like Chelmno, Belzec, Sobibor, Treblinka, Auschwitz-Birkenau, and Majdanek were to become the infamous death camps of the Third Reich. These were killing centers designed to carry out genocide. It is estimated that about three million Jews were gassed in extermination camps.

UP NEXT: The Pattern To Be Followed In Coming GREAT TRIBULATION 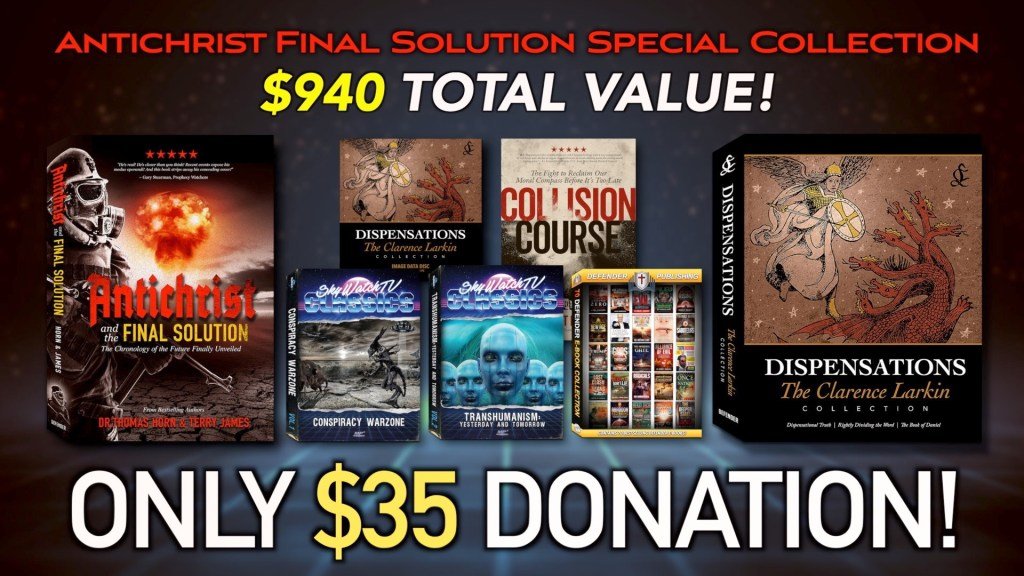