Energized By The Demonic Spirit Of ANTICHRIST AND THE FINAL SOLUTION, Soros-Obama-Dem Supported Anarchists Attack Evangelicals With ‘Threats Of Violence And Blasphemous Slogans’ As They Try To Peacefully Exit White House Following Trump’s RNC Speech 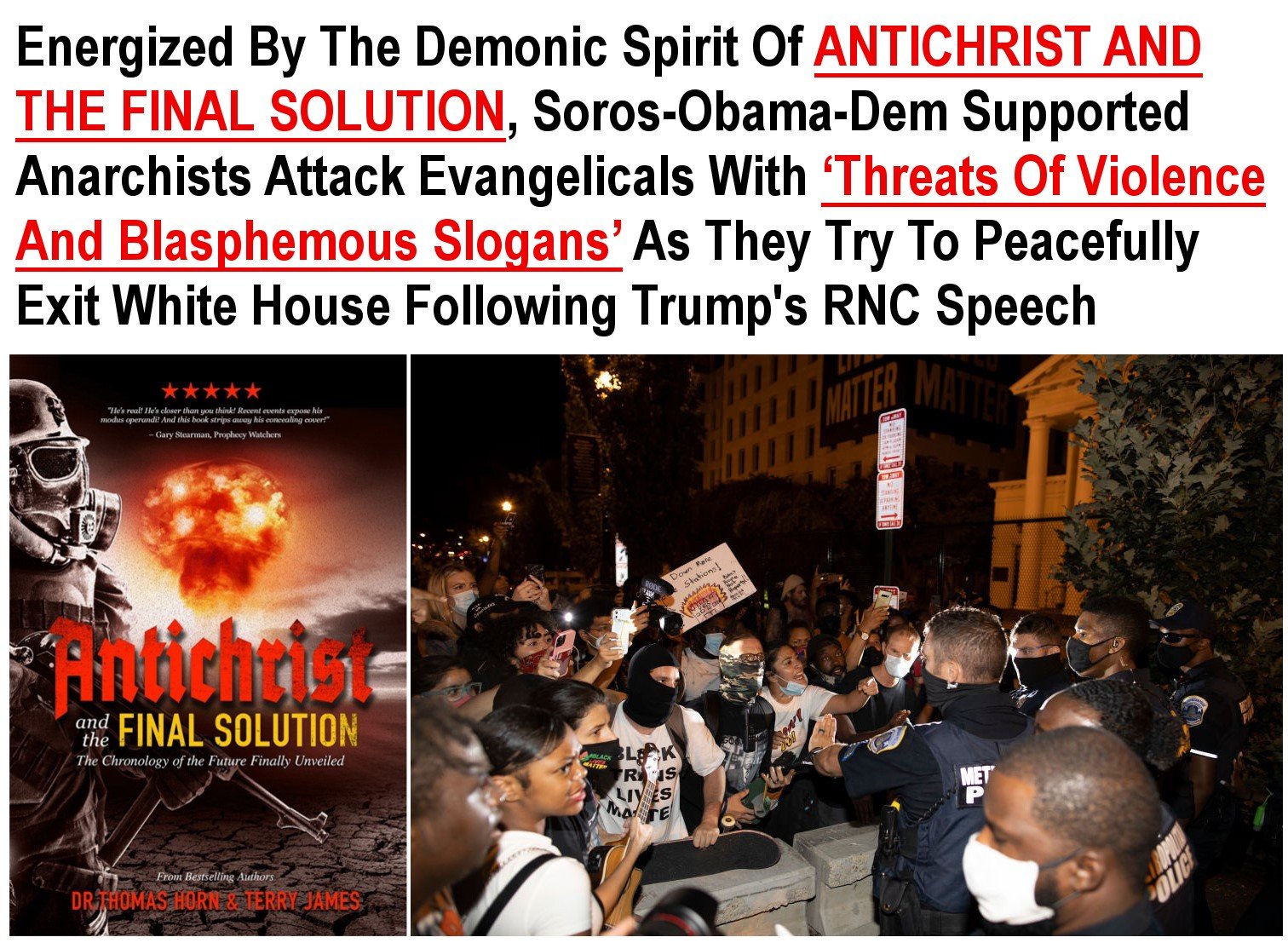 More than 100 prominent evangelical leaders attended the fourth night of the Republican National Convention where President Donald Trump accepted the party’s nomination for a second term. While leaving the White House grounds, however, attendees — including older adults and those with disabilities — were attacked by rioters who threatened violence. Johnnie Moore, a prominent religious freedom advocate and founder of the KAIROS Company who also attended the speech, told The Christian Post that he experienced the riots firsthand. “Violent provocateurs waited for us outside the White House gates in the city’s jurisdiction, at nearly midnight,” Moore recalled. “Rather than succeeding at intimidating us with their vicious threats of violence, expletives, blasphemous slogans, hatred and intolerance they simply proved the very points the president made in his speech.” (READ MORE)