IN THE RACE TO CREATE THE “LIVING IMAGE OF THE BEAST” IN TIME FOR ANTICHRIST AND THE FINAL SOLUTION, AN “A.I. JESUS” HAS BEEN CREATED THAT ROBOTICALLY MODIFIES THE KJV VERSION OF THE BIBLE INTO TERRIFYING NEW END-TIMES PROPHECIES 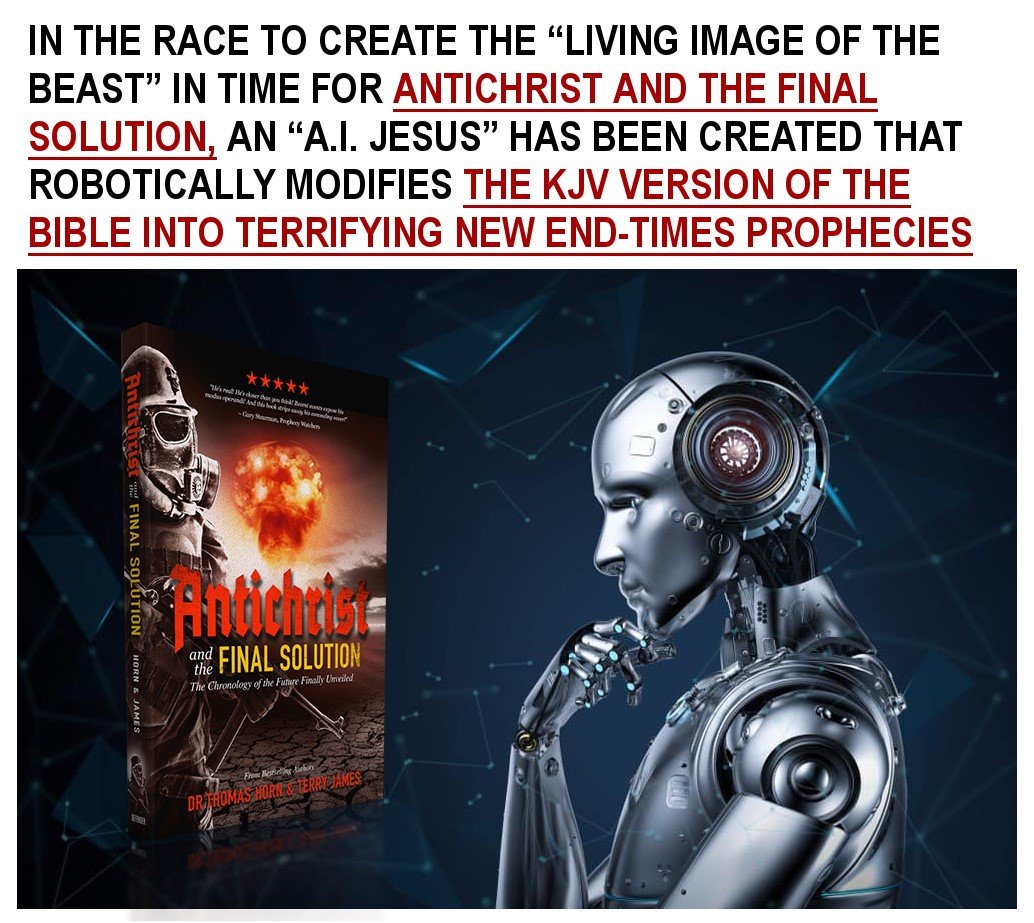 An engineer has created a so-called “AI Jesus” that was programmed to learn the Bible and has produced its own bizarre verses. What could possibly go wrong here? According to the report, It developed its own vocabulary by reading the Bible and no other literature. The AI aims to reproduce the tone of the King James Bible without copying it word for word. Creator George Davila Durendal states that approximately 60,000 words have been produced by the program as of August 26th. He states that some of the work eerily echoes the style of Biblical scripture.  One phrase that was spoken was “The Plague shall be the fathers in the world, and the same is my people, that he may be more abundant in the mouth of the LORD of hosts… (READ MORE)