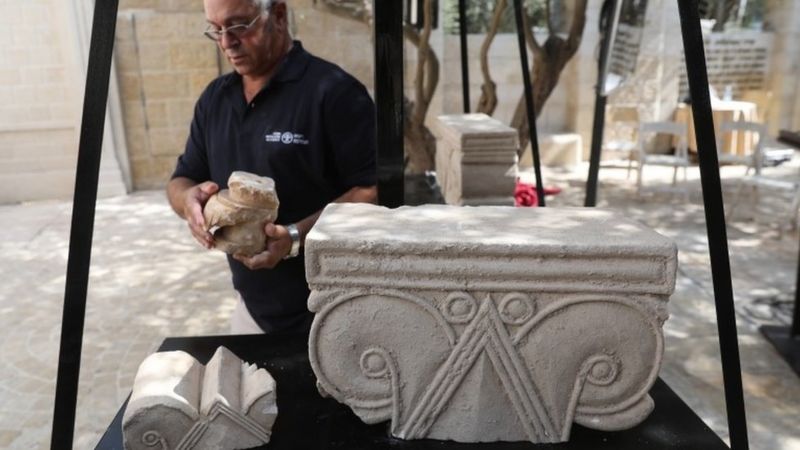 Israeli archaeologists have discovered what they say is evidence of a “magnificent” palace from the era of a Biblical Jewish kingdom in Jerusalem. Elaborately carved stone structures and other relics associated with such a building were found about 3km (2 miles) south of Jerusalem’s Old City. The archaeologists say some of the artefacts had been neatly buried, although they do not know why. The palace is thought to have been built around the 8th or 7th Century BC…(READ MORE)