When The Prince Of Darkness Makes A Covenant With Israel

One of the most noted scholars in eschatology, Dr. J. Dwight Pentecost, presented a perspective on the matter of the covenant of Daniel 9: 26 and the turmoil that results from Israel’s accepting this false peace agreement:

According to Daniel 9:26–27 the prince of the Roman empire will make a covenant with Israel for a seven year period. This covenant evidently restores Israel to a place among the nations of the world and the integrity of Israel is guaranteed by the Roman powers. This is not only an attempt to settle the long standing dispute among the nations as to Israel’s claim to Palestine, but is also a satanic imitation of the fulfillment of the Abrahamic covenant which gave Israel title deed to the land. This action is pictured by John (Rev. 6:2) as a rider going forth to conquer, to whom sovereignty is given by peaceful negotiations. This condition exists for three and one-half years, after which the covenant is broken by the Roman authorities and the period known as the great tribulation (Matt. 24:21) begins. This tribulation on the earth is evidently caused by Satan, who has been cast out of heaven into the earth at the middle of the tribulation period (Rev. 12:9). He goes forth in great wrath (Rev. 12:12) to attack the remnant of Israel and the saints of God (Rev. 12:17). The Satanic activity that moves nations in those days is clearly depicted by John when he says:

This is not to infer that this period is not the period of God’s wrath upon sinful men, but it does show that God, to pour out His wrath, permits Satan to execute a program in his wrath against the whole world. 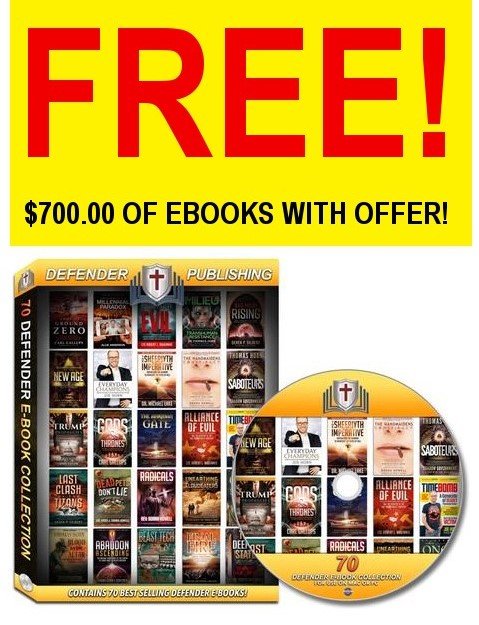 Israel today stands in the bull’s eye of rage. This is true in the case of it being targeted by the Jewish state’s perennial antagonists, the Arab and Persian Islamist enemies. It is true in the case of the entire international community, whose constituent nations see Israel as the congestive blockage to regional and world peace while this beleaguered planet wobbles toward a time of unprecedented trouble.

I will also gather all nations, and will bring them down into the valley of Jehoshaphat, and will plead with them there for my people and for my heritage Israel, whom they have scattered among the nations, and parted my land. (Joel 3:2)

This will be the gathering of the nations of earth predicted in the book of Revelation:

For they are the spirits of devils, working miracles, which go forth unto the kings of the earth and of the whole world, to gather them to the battle of that great day of God Almighty…. And he gathered them together into a place called in the Hebrew tongue Armageddon. (Revelation 16:14, 16)

This will be the culmination of mankind dealing treacherously with God’s chosen people. The promise the Lord made to Abraham includes severe repercussions for anyone who would curse the progeny of Abraham, Isaac, and Jacob:

And I will bless them that bless thee, and curse him that curseth thee: and in thee shall all families of the earth be blessed. (Genesis 12:3)

SATAN’S PROXIES? Watch Senior Pentagon Analyst On Those Powerful Individuals Now Fully Engaged In The Effort To Summon ANTICHRIST AND THE FINAL SOLUTION!

God’s declaration is most dramatically validated by looking at twentieth-century history. As we have seen, Adolf Hitler and the Nazi regime made hatred of and genocide against the Jew their focus of the unalloyed evil they spewed. The ashes of the Führer and of his Nazi colleagues are scattered in ignominious disgrace across the landscape across the nations that Josef Goebbels and the Nazi propagandists arrogantly boasted would be über allies in the all-powerful homeland for their thousand-year Reich.

Any consideration in research of Germany’s history involving the last two years of World War II and the period immediately following must acknowledge that it was as if the very wrath of God was upon the nation. Such documentation includes black-and-white footage of German men and women forced by Allied Commander General Dwight D. Eisenhower to walk by the skeletal remains of thousands of Jewish corpses—thus, Eisenhower stated, so that the German people and the world would never forget the Holocaust. Its aftermath would forever be recorded.

Yet today, even mainstream news journalists are fuzzy-minded in consideration of the genocide that took perhaps six million Jewish lives as well as the lives of other peoples. They show their loss of memory by not jumping full-force down the throats of diabolists like Iranian dictators, who regurgitate the lie that the Holocaust is a fable conjured by the Jews of the world. Rarely is there a repudiation of such blatant falsehoods coming from the would-be destroyers of the Jewish state and the Jewish people.

Tragically, the refusal to educate generations following World War II on the truth about the insane treatment of the House of Israel is leading to a time of even greater atrocities, thus judgment. The God of Heaven will react violently—moreso, even, than He reacted to the death-dealing of the Nazi demoniacs.

We’ve seen the warning before, and it cannot be overemphasized:

The burden of the word of the Lord for Israel, saith the Lord, which stretcheth forth the heavens, and layeth the foundation of the earth, and formeth the spirit of man within him. Behold, I will make Jerusalem a cup of trembling unto all the people round about, when they shall be in the siege both against Judah and against Jerusalem.

And in that day will I make Jerusalem a burdensome stone for all people: all that burden themselves with it shall be cut in pieces, though all the people of the earth be gathered together against it…it shall come to pass in that day, that I will seek to destroy all the nations that come against Jerusalem. (Zechariah 12:1–3, 29).

WATCH! DO VATICAN AUTHORITIES BELIEVE POPE FRANCIS IS THE FALSE PROPHET OF THE APOCALYPSE? SURPRISING ANSWER!

Now we come to this question: Will Israel be betrayed by the US?

It is a valid question, because we’ve witnessed within the past decade a presidential administration dealing treacherously with America’s chief ally in the Middle East. Will there come a future president and State Department who will deal treacherously with Israel?

US President Barack Obama’s special Middle East envoy, George Mitchell, threatened at one point in 2010 to withhold financial aid to Israel if the Jewish state didn’t accept demanded concessions to get the stalled peace process back on track. The Obama administration threatened to withhold aid if Israel didn’t comply. It was an act that, in our view, cursed Israel.

America, the nation almost certainly brought into existence to stand with His chosen people during Israel’s rebirth into modernity, has been blessed beyond measure. We must ask whether anti-Israel subterfuge within a US State Department and intelligence agency cabal is at work still to harm the Jewish state. We have—before, during, and after the 2016 presidential election—seen the attempts to overturn a duly-elected president. It isn’t beyond reason to wonder if this same cadre of unlawful operatives is leading the way into setting up the worldwide anti-Israel marginalization prophesied by Zechariah.

Refusal of the former American presidential administration to acknowledge that God has any say one way or the other in the affairs of man, much less any business meddling in the conduct of the American State Department’s dealings with Israel and its antagonists, is a foregone conclusion. After all, Mr. Obama himself stated that America is not a Christian nation.

We must say that we agree with this president on that point. The United States was never a “Christian” nation, in the sense that America turned en masse to total commitment to following Jesus Christ. That has never happened. However, this country, since its earliest stages of planning by the founding fathers, has had woven into its national documents of inception Judeo-Christian principles for conducting life and government.

Based on that easily provable truth—because all it takes is a quick scan of the founding documents to recognize its biblical influence—it’s easy to know that America is a nation under providential watchfulness, to say the very least. God, in starkly plain language, spoke through prophetic omniscience to what will happen when anyone, be it individual or corporate, deals treacherously with His chosen people. Therefore, for anyone—including the president of the United States or any other member of the government of this nation—to ignore what is said in the Bible about interacting with Israel is foolhardiness.[ii]

Human Government Oblivious to God’s Will

We realize stating that governmental leaders don’t recognize God in their governing isn’t a profound revelation, because humanistic leadership ignores the Creator of all things. We just wanted to get the fact stated as to the real crux of the problem regarding the lack of lasting peace in the Middle East and around the world. While this administration is a strong supporter of Israel in many ways, it’s obvious that the State Department and intelligence agencies’ deep-state operatives give God’s Word on the matter of Israel no weight whatsoever in considering policy toward the Jewish state. Resisting the president’s own plan for dealing fairly with all parties in the peace process, they forge ahead, setting timelines for producing a two-state solution to the “Palestinian problem” as they see it.

When one State Department official was asked in an interview what leverage the US has to get Israel to comply with Arab and international demands, he said, “Under American law, the United States can withhold support on loan guarantees to Israel.”

Thankfully, America currently has a president who is perhaps Israel’s staunchest of any supporters to this point in our nation’s history. Much of Congress, particularly in the US Senate, stands strongly behind the Jewish state. But one day, a covenant of false peace that God considers coming straight from the pit of Hell will be forced upon Israel and the other nations of the world. Ramifications will be massive for all who sign on to Antichrist’s document of deception.

If America joins the rest of the nations in the gathering against Israel, as prophesied in Zechariah12:1–3, her betrayal will mean America’s doom. All nations who come against the Jewish state, God says, will be cut to pieces. Israel, on the other hand, will remain no matter what, He declares in the strongest possible terminology.

This is what the Lord says, “He who appoints the sun to shine by day, Who decrees the moon and stars to shine by night, Who stirs up the sea so that its waves roar—the Lord Almighty is His Name; Only if these ordinances vanish from My sight,” declares the Lord, “will the descendants of Israel ever cease to be a nation before Me.” (Jeremiah 31:35–36)

UP NEXT: Rise of Global Government