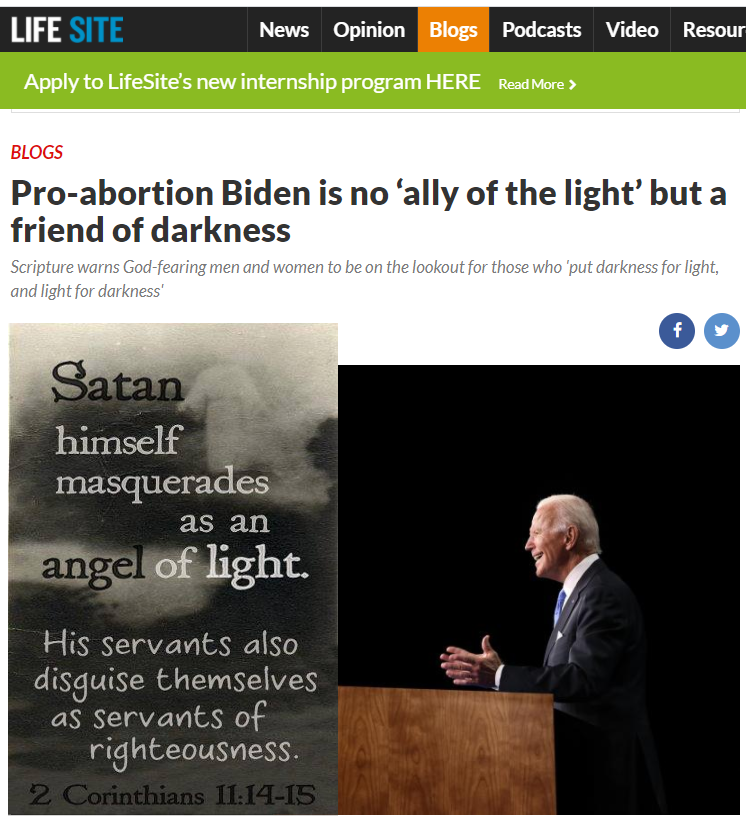 During his acceptance speech at the widely-criticized Democratic National Convention last night, 77-year-old Joe Biden promised that if he was elected the next president of the United States he’d be “an ally of the light, not the darkness.” There’s only one major problem here: Joe Biden is anything but a light-bearer. Not only is he and his running mate Kamala Harris puppets for the open borders, Wall Street, Chamber of Commerce crowd, he’s an angel of death whose presidency would hasten the demise of the United States. Think I’m being too extreme? Here’s just a few of the many anti-Christian policies Joe Biden has promised to support if elected: * He wants abortion on demand until birth. * He would restore billions of dollars to Planned Parenthood. * He’s promised to force religious groups like the Little Sisters of the Poor to violate their conscience and provide abortion-inducing drugs… (READ MORE)