AS DR. THOMAS HORN WARNED IN HIS MEGA-SELLING BOOK “SHADOWLAND”—The Eruption Of Occultsim At The Vatican And Across America While Christian Ministries Are Being Shuttled Is Unleashing Widespread Demonic Activity Connected To Coming Elections Of National “Leaders” 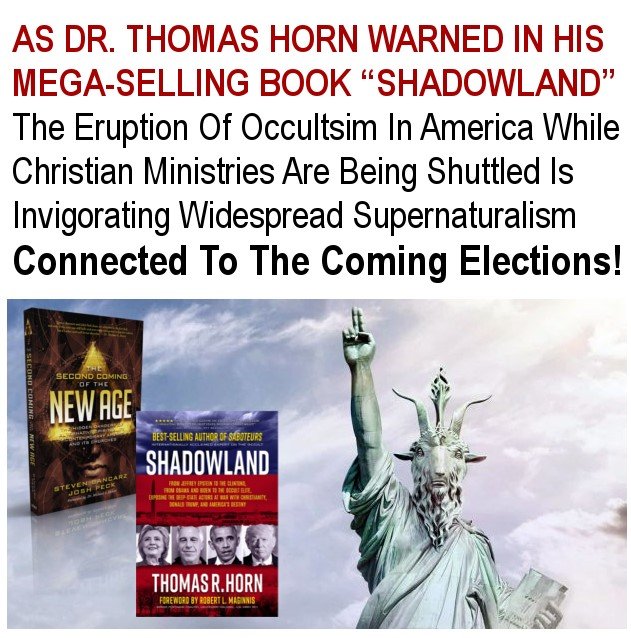 The founder of the Church of Satan Anton LaVey is reputed to once have said of Halloween, “I’m glad Christians let their kids worship the Devil at least one night out of the year.” This year’s Halloween comes at an unprecedented time in our nation’s history. Lockdowns implemented from March to June prevented the majority of churches across the nation from physically gathering during that time, and many aspects of church life such as Bible study, youth groups, church retreats, and other means of congregating crucial to Christian life have been curtailed or even shut down indefinitely since the pandemic’s onset. At the same time, we have seen a growth in open witchcraft, galvanized by multiple factors. Many conservative commentators have noted the religious nature of the Black Lives Matter (BLM) movement summoning spirits of the dead as well as demon conjuring sessions to Defund the Police […] This increase in the occult in the last four months follows on the heels of a general national trend of more Americans identifying as either pagan or witches. For example, from… (READ MORE)