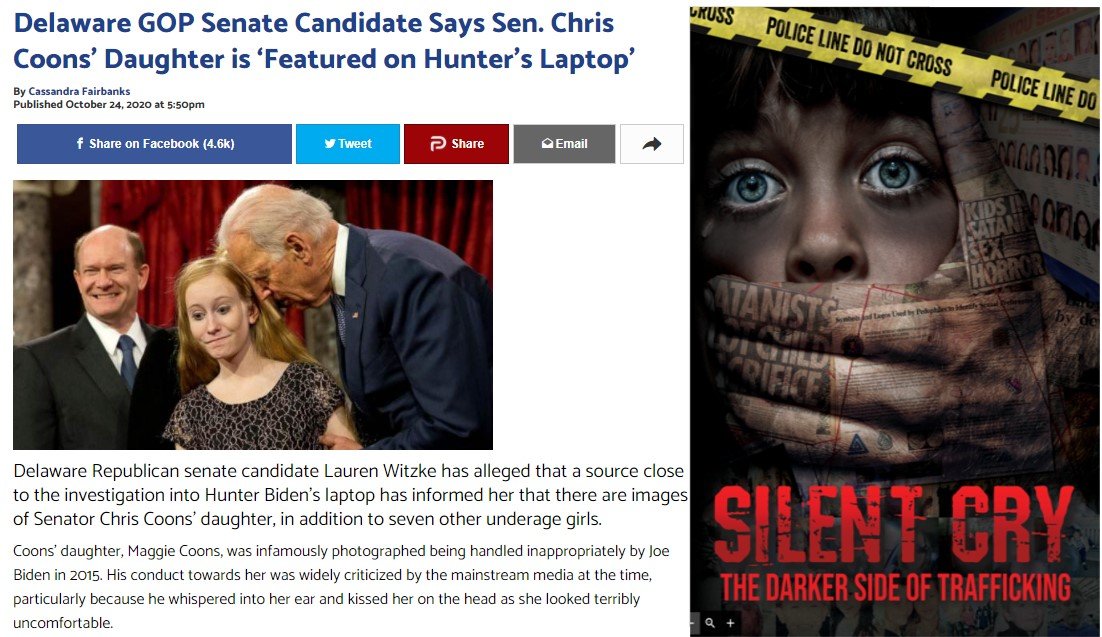 Delaware Republican senate candidate Lauren Witzke has disclosed that a source close to the investigation into Hunter Biden’s laptop has informed her that there are images of Senator Chris Coons’ daughter, in addition to seven other underage girls.  Coons’ daughter, Maggie Coons, was infamously photographed being handled inappropriately by Joe Biden in 2015. His conduct towards her was widely criticized by the mainstream media at the time, particularly because he whispered or blew into her ear and kissed her on the head as she looked terribly uncomfortable. She was 13 at the time the photo was taken… (READ MORE)