JOE BIDEN’S DAUGHTER ACCUSES HIM OF NUDE INTERACTION WITH HER AS A CHILD; SEX TRAUMA AND SERIOUS IMPROPRIETY BY BIDENS WITH DOZENS OF UNDERAGE GIRLS REFLECTED ON LAPTOP 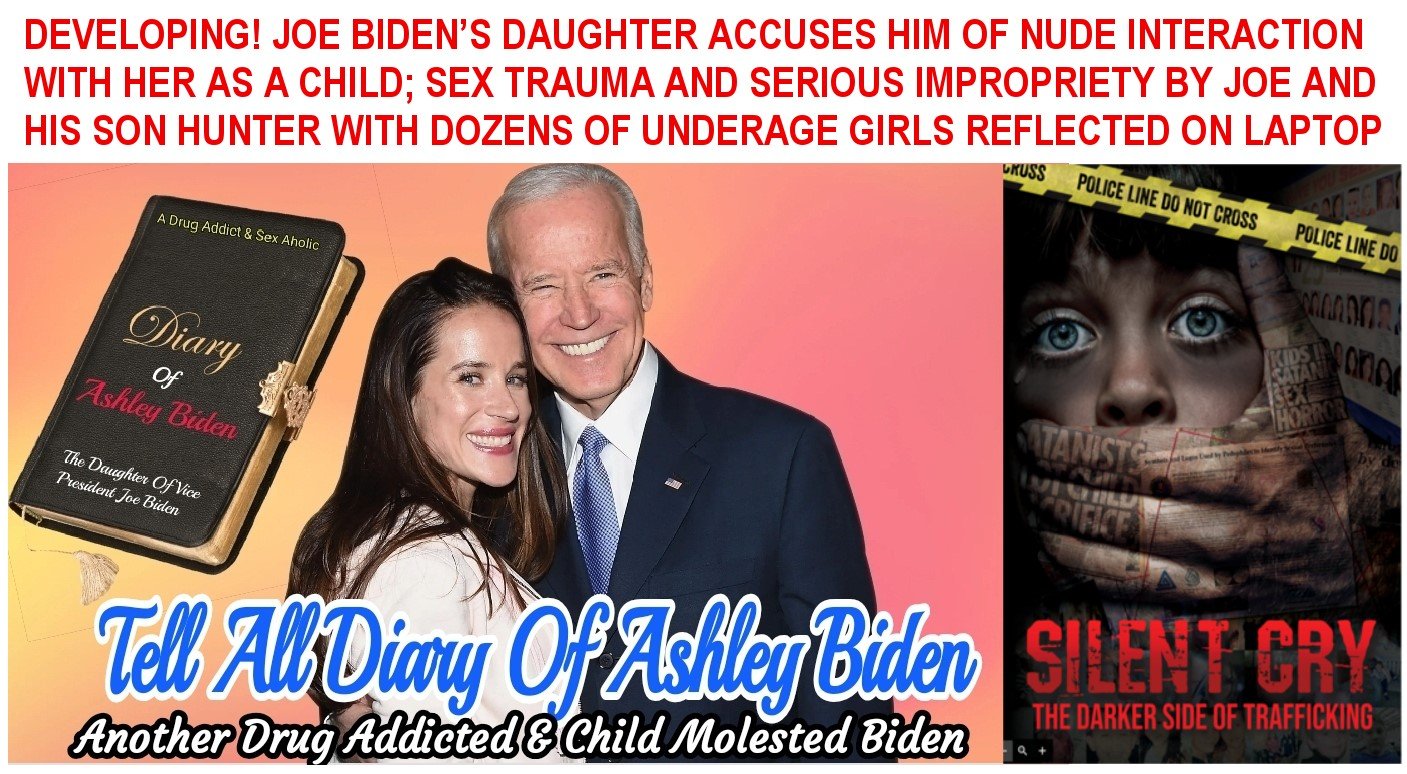 What started as a political scandal rooted in financial corruption involving former vice president and Senate foreign relations chair Joe Biden and his family has taken an ominous turn with the discovery of what long-time investigator Chris Mitchell called “the most disgusting, evil and revolting things I have seen in my life.” Mitchell was describing images of children, included in nearly 30,000 images with Hunter Biden and Chinese children, as well as with the children of his brother who passed away in 2016. The images are so revolting the FBI is investigating. According to one news source, National File has obtained what a whistleblower has identified as a copy of the complete diary of Ashley Blazer Biden, 39-year-old daughter of Democratic presidential candidate Joe Biden. In it, she explains what was behind her widely publicized struggle with drugs and “probably not appropriate showers” as a young girl with her father, Joe Biden, who has long been plagued with occurrences of inappropriate public interactions with young women. “Was I molested,” she said. “I can’t remember specifics, but I do remember trauma.” She lists a series of incidents, one of which included… (READ MORE)