ANTICHRIST AND THE FALSE PROPHET WILL HAVE POWER TO “CALL DOWN FIRE FROM HEAVEN”: Department Of Defense Wants To Know If Elon Musk—Who Says His Company Is SUMMONING A DEMON—Can Make That Happen 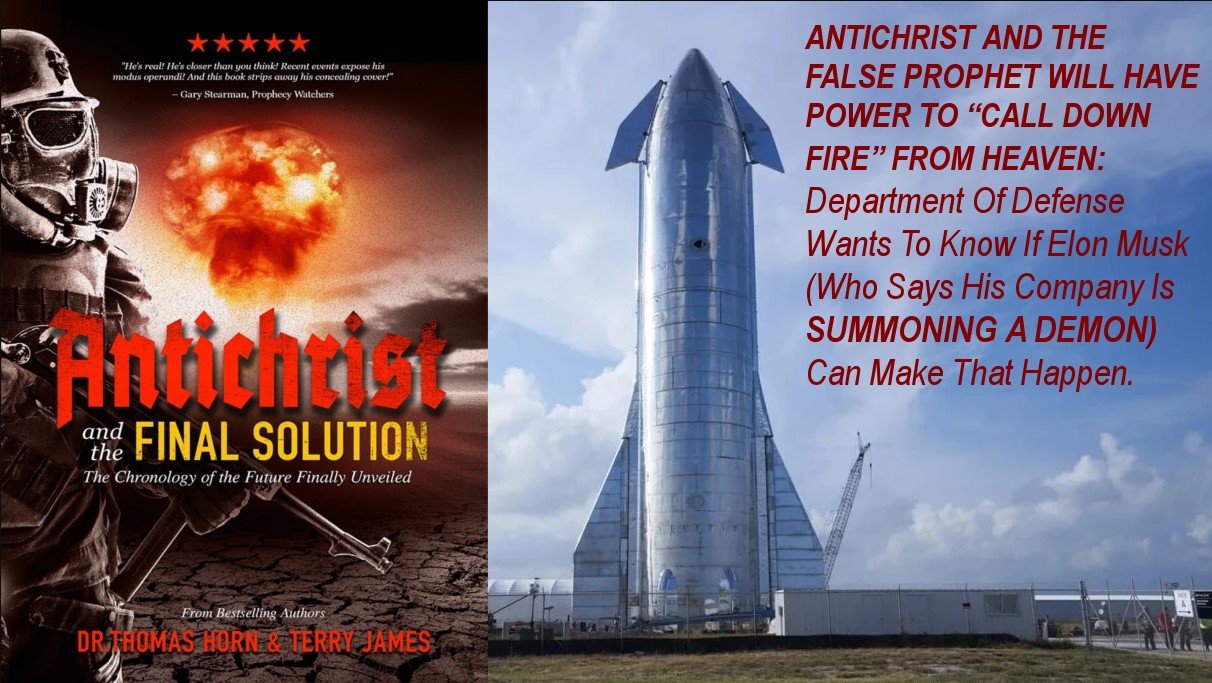 Before it delivers colonists to Mars, the SpaceX Starship system may be delivering [fire from heaven] to a war zone. The DoD has asked the Elon Musk-funded firm to explore the possibility of hauling military cargo through orbit. A year ago SpaceX President and Chief Operating Officer Gwynne Shotwell mused about how the Pentagon could use its future heavy launch system Starship. Not to land space marines on Mars, but for the speedy point-to-point delivery of cargo on Earth. The pitch apparently fell on fertile ground, since the US Transport Command (TRANSCOM) has signed an agreement with SpaceX to explore this very possibility. What the DoD envisions is “moving the equivalent of a C-17 payload anywhere on the globe in less than an hour,” according to Gen. Stephen Lyons, TRANSCOM commander. A C-17 Globemaster III can move up to 77.5 tons, which is enough to fit an M1 Abrams tank. The key technologies for orbital cargo flights have… (READ MORE)