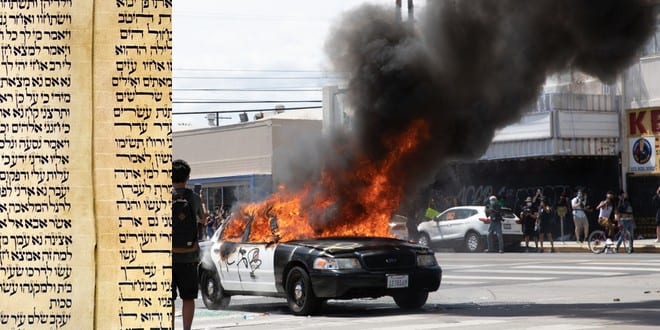 A mystic rabbi in Jerusalem revealed a remarkably precise code hidden in the Torah that warns of an imminent civil war in the US. The code even marks the precise time of the war: one week before the presidential inauguration. Rabbi Yekutiel Fish, a Torah scholar with a Hebrew-language blog called Sod HaChashmal (the secret of the ‘electricity’), used special software to find hidden clues in equidistant letters in the Torah. “I presented this Torah code to other experts and they all agreed they have never seen one like this for clarity in all of the codes they saw before,” Rabbi Fish said in his Hebrew language video. “It contains a chilling and unmistakable message.” The rabbi made a graph with each horizontal line containing 1480 letters. The rabbi later explained that… (READ MORE)