Pope Francis’ Iraq Trip Called ‘Final Piece’ Of 900-Year-Old Doomsday Prophecy As Exposed In Best-Selling Book PETRUS ROMANUS (GET DR. THOMAS HORN’S 2020 VIRTUAL CONFERENCE EXPOSE ON POPE FRANCIS AND IDENTIFICATION OF THE FALSE PROPHET AND WHAT THIS MEANS FOR 2025-2029 FREE IN “THE MESSENGER MEGA-GIVEAWAY”) 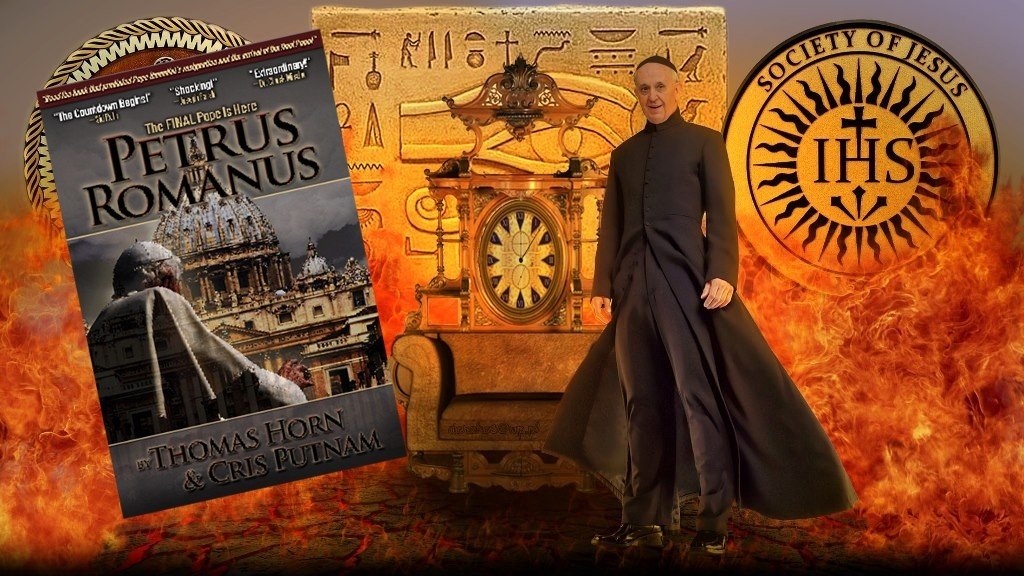 POPE FRANCIS could fulfil what would be the final piece of a 900-year-old doomsday prophecy this year, according to a source close to the Vatican leader. “He made clear from the beginning that he regarded Pope Benedict’s (XVI) act as a prophetic act of great modesty and he would have absolutely no problem in doing the same.” Mr Ivereigh pointed out a speech made by the Pope where he said he would have “a short papacy of about five years”.  But the writer added: “What I’m hearing now from people close to him is that he’s going to need seven years to achieve his five-year plan and that, of course, would mean staying on until 2020.” The prospect of his resignation will no doubt leave some concerned as it could apparently fulfil a 900-year-old prophecy made by 12th-century Archbishop Saint Malachy. In 1139, Malachy left Ireland for Rome to give an account of his affairs, where he reportedly received a strange vision about the future, including the names of 112 future Popes. Malachy’s prediction concerning the 111th pope, Pope Benedict XVI, was “Gloria Olivae,” which means “the glory of the Olive”. The Order of Saint Benedict is also known as the Olivetans, which many claim makes Malachy’s prophecies correct.  But his prediction for the 112th and “final” Pope was more concerning. It read: “In the final persecution of the Holy Roman Church there will reign Peter the Roman, who will feed his flock amid many tribulations, after which the seven-hilled city will be destroyed and the dreadful Judge will judge the people. The End.” The father of the current pope was Pietro, or Peter, and was from Italy even though the family moved to Argentina…. (READ MORE)

GET DR. THOMAS HORN’S 2020 VIRTUAL CONFERENCE EXPOSE ON POPE FRANCIS AND IDENTIFICATION OF THE FALSE PROPHET FREE IN “THE MESSENGER MEGA-GIVEAWAY”

GET DR. THOMAS HORN’S 2020 VIRTUAL CONFERENCE EXPOSE ON POPE FRANCIS AND IDENTIFICATION OF THE FALSE PROPHET FREE IN “THE MESSENGER MEGA-GIVEAWAY”