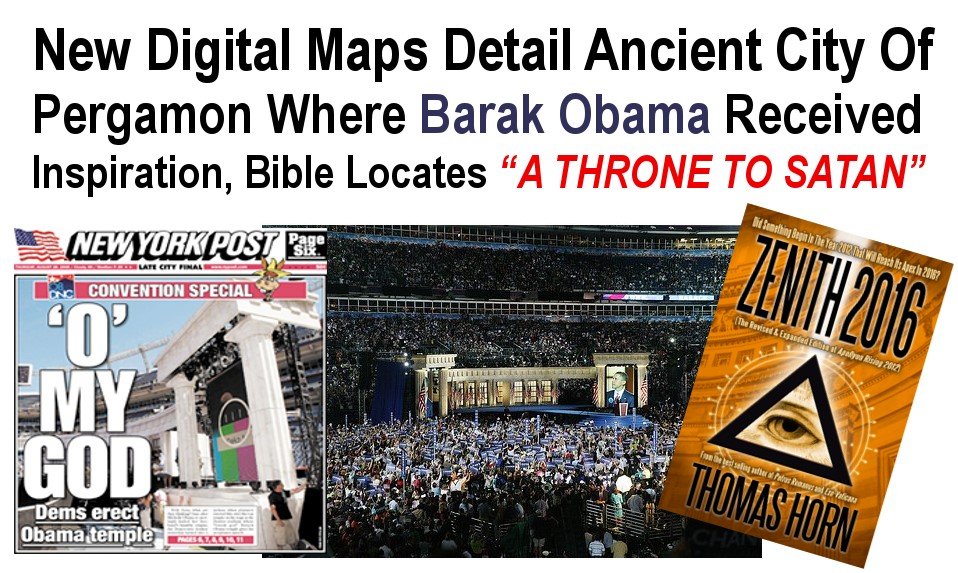 THE DAILY SABAH reports that maps “detailing the ancient city of Pergamon, located in the Bergama district of western Turkey’s Izmir province, have been modernized and digitalized for better accessibility, by the German Archeological Institute in collaboration with the Turkish Ministry of Culture and Tourism.”

In the excerpt below from Dr. Thomas Horn’s bestselling book Zenith 2016 (FREE PLUS TWO MORE BOOKS IN COLLECTION HERE!), insights into the importance of this ancient city in the Bible as well as the role it played in “inspiring” Barak Obama in the leadup to his “presidency” is illuminating:

When Obama ended his speech in front of the war goddess, he said, “With an eye toward the future, with resolve in our hearts, let us remember this history, and answer our destiny, and remake the world once again.” This is exactly what Hitler had promised to do and exactly where he had planned to memorialize it.

Of greater significance and not far from where Obama delivered his rousing speech is the Great Altar of Zeus in the Pergamon Museum. According to several reports, Obama visited the Great Altar while in Berlin, which is especially important, given what he did on returning to the United States. Before we examine Obama’s revealing actions, consider carefully what the Bible says about the Altar of Zeus in the letter to the church in Pergamos (Pergamum, Pergamon):

And to the angel of the church in Pergamos write; These things saith he which hath the sharp sword with two edges; I know thy works, and where thou dwellest, even where Satan’s seat is: and thou holdest fast my name, and has not denied my faith, even in those days wherein Antipas was my faithful martyr, who was slain among you, where Satan dwelleth. (Revelation 2:12–13).

In the Greek, the phrase, “where Satan’s seat is,” literally means, “where a throne to Satan is.” Scholars identify this throne or “seat” as the Great Altar of Zeus that existed in Pergamos at that time. So important was the worship of Zeus in ancient Pergamos that perpetual sacrifices were offered to him upon the towering and famous forty-foot-high altar. Antipas, the first leader and martyr of the early Christian church, is believed to have been slain on this altar, slowly roasting to death inside the statue of a bull, the symbol and companion of Zeus. The phrase in Revelation 2:13, “wherein Antipas was my faithful martyr, who was slain among you, where Satan dwelleth,” is considered a citation of this event.

Approximately two thousand years after Revelation 2:13 was written, German archeologists removed the massive altar of Zeus from the ruins of Pergamos and took it to Berlin, where it was restored as the centerpiece of the Pergamon Museum. It is here that Hitler first adored it, later building an outdoor replica of it from which he gave a series of speeches that mesmerized many Germans.

Whether Obama received inspiration from the throne of Satan while in Berlin or not, what he did next was astonishing. Upon returning to the United States, he immediately commissioned the construction of a Greek-columned stage from which he made his acceptance speech for his party’s nomination. Because Greek temples such as those built to honor Zeus were thought to house the patron deity, the GOP ridiculed Obama, mocking him as playing Zeus of “Mount Olympus” and accusing his supporters of “kneeling” before the “Temple of Obama.” The New York Post ran an enlightening “Convention Special” supplement on August 28, 2008, with the telling headline: “‘O’ My God: Dems Erect Obama Temple” blazoned across the front cover. But it was not until blogger Joel Richardson pointed out how the design of Obama’s stage was a dead ringer for the Great Altar of Zeus[ii] that Obama’s campaign managers tried to explain away the design as being a conglomeration representing the portico of the White House with the U.S. capitol building. “But experts agreed with Richardson,” Gallo wrote. “It was a replica of the Great Altar of Pergamum.”[iii]

Thus incredibly, like Hitler, Obama honored the goddess Victoria with his presence before ordering a replica of the biblical throne of Satan, upon which he accepted his date with destiny.

Following this, Barack Hussein Obama on June 4, 2009 gave an unprecedented speech to the Muslim world from Cairo, Egypt, declaring that he was launching a new era between the United States and the Muslim world. For the first time, Obama was forthright about his Muslim heritage and stated that the United States—which he is on record as saying is “no longer a Christian nation”—is now “one of the largest Muslim countries in the world.” Newsweek editor Evan Thomas followed the president’s speech with a declaration, reflected in the opinion of many, that “Obama is standing above the country, above the world, he is a sort of God.”[iv]

Now imagine—if such sentiments as illustrated above were afforded to a man like Obama—what would America and people around the world be willing to accept if a truly amazing, even ‘other-worldly’ man stepped forward in [2025] with seemingly all of the answers to mankind’s woes? 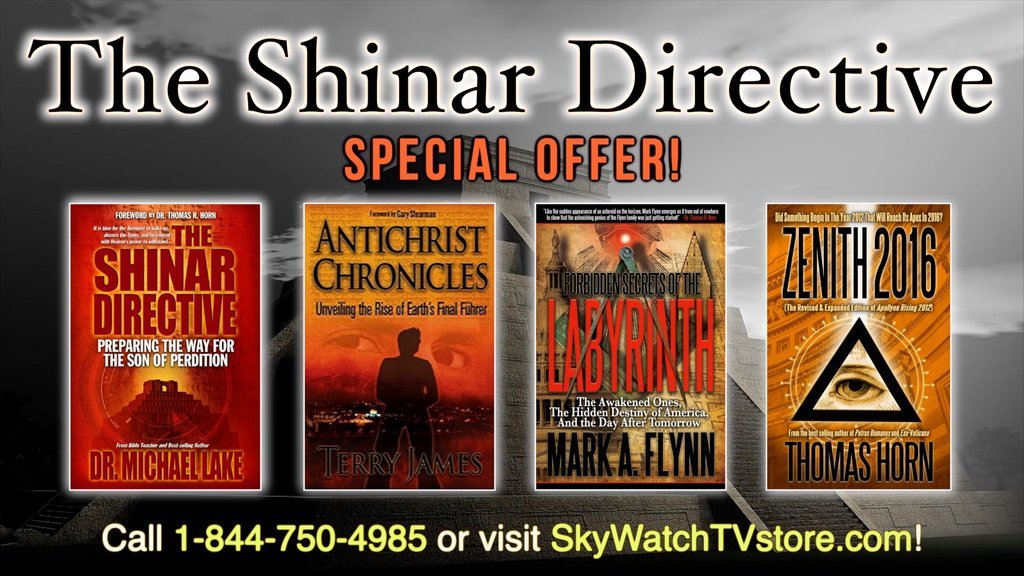