The San Luis Valley is the largest alpine valley in the world. It is located in Colorado with a small portion overlapping into New Mexico. O’Brien has documented thousands of UFOs, cattle mutilations, ghosts, and cryptids, along with portal areas and military black projects in the area. He wrote:

As a result of my investigations documenting the relentless, six-year wave of unexplained activity between 1993 and 1999 and the resulting coverage by mainstream media, the San Luis Valley is now considered to be America’s #1 per capita UFO Hot-spot. The scientific community, whether they like it or not, are slowly becoming aware that the San Luis Valley and other Hot-spot regions are worthy of careful scientific study.[i]

The associated phenomena (strange creatures, UFOs, cattle mutilations, ghosts) are by no means unique to this area and, in fact, are commonly associated with such areas, like the infamous “Skinwalker Ranch.”

Also known as Sherman Ranch, this hot spot named after the evil, shape-shifting witch of Native American legend is allegedly the site of a plethora of paranormal and UFO-related activities. It is located on approximately 480 acres southeast of Ballard, Utah. In the 1990s, residents Terry and Gwen Sherman and their two children reported seeing several types of UFOs that were associated with cattle mutilations on the ranch.[ii] A local news outlet reported:

The Shermans, their teenage son and 10-year-old daughter have seen three specific types of UFOs repeatedly during the past 15 months—a small boxlike craft with a white light, a 40-foot-long object and a huge ship the size of several football fields. They’ve seen one craft emit a wavy red ray or light beam as it flies along. They’ve seen other airborne lights, some of which have emerged from orange, circular doorways that seem to appear in midair. They’ve videotaped two of the sightings.[iii]

George Knapp brought attention to the ranch with a series of articles in the Las Vegas Mercury, and he later coauthored a book, Hunt for the Skinwalker: Science Confronts the Unexplained at a Remote Ranch in Utah, with Colm Kelleher. The ranch was acquired by Robert Bigelow’s National Institute for Discovery Science to study sightings of UFOs, crop circles, glowing orbs, Bigfoot, and poltergeist activity.[iv] The Bradshaw ranch near Sedona, Arizona, hosts remarkably similar activity, and a detailed report of our visit there is presented in chapter 3. 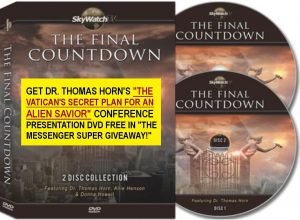 Located on the east side of the Cascade Mountains in southern Washington State, Yakima is a federally recognized reservation consisting of more than one million acres for the Yakama Indian Nation. It is famous for the “earth light” phenomenon, but in chapter 3, we discuss why the earth-light hypothesis does not explain all of the ghost-light activity, which seems to have a mind of its own. Parapsychologist McCue writes, “UFO sightings there go back to at least the late 1950s, and were fairly frequent in the 1970s. The area has also been the setting for alleged Bigfoot sightings and other anomalies.”[v] James Gilliland, a local landowner, believes the region hosts “a portal for extraterrestrial spaceships, and he claims to have had close encounters with UFO-related entities.”[vi]

Big Thicket is the name of a heavily forested area in Hardin County, Texas. The Big Thicket Ghost Light has been known to disable automobile engines and seems to exhibit intelligence. It can be found along Black Creek near the old ghost town of Bragg in eastern Texas. Unexplained fireballs have been reported streaking across the sky there. More disturbing, the spirits of Native Americans have allegedly attacked people and, according to Rob Riggs, ape-like wild men “wander the deep woods at night, and occasionally even the town margins and suburbs, howling like banshees.”[vii] While we already discussed Point Pleasant, West Virginia, let’s move to the Northeast United States in order to demonstrate that this is not merely a Southwest phenomenon.

The Bridgewater Triangle is an area of about two hundred square miles in southeastern Massachusetts reported to be a paranormal hotspot that features all sorts of phenomena, ranging from UFOs and cattle mutilation to poltergeists, orbs, and apparitions, not to mention cryptids like Bigfoot, giant snakes, and Thunderbirds. It has a deep history. According to Stephen Wagner, a paranormal expert for About.com, “The first UFO sighted over Bridgewater was in 1760, and was described as a sphere of fire that was so bright it cast shadows in broad daylight. Another was sighted on Halloween night in 1908, appropriately by two undertakers.”[viii] The triangle centers on Hockomock Swamp, a Wampanoag name that means “where spirits dwell.”[ix] Of course, the early colonial settlers promptly named it “Devil’s Swamp.” A reporter for the Boston Globe writes:

Over generations, many have believed the Hockomock is home to spirits, strange animals, and more. Stories abound: There are the vicious, giant dogs with red eyes seen ravenously sinking their fangs into the throats of ponies; a flying creature that resembled a pterodactyl, the dinosaur that could fly; Native-American ghosts paddling canoes; and glowing somethings hovering above the trees. There’s also talk of a shaggy half-man, half-ape seen shuffling through the woods.[x] 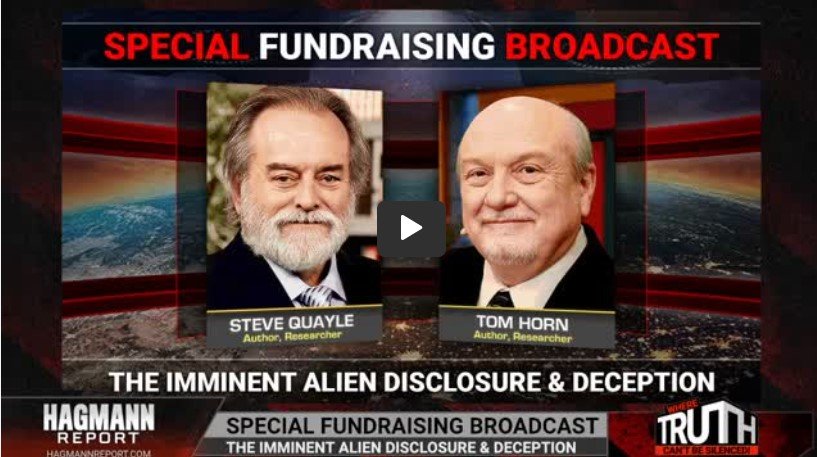 This sounds eerily similar to the events in Point Pleasant and other famous portal areas. Right next door in Vermont, another mystery triangle hosts similar activity, including several people who have simply vanished.

The “Bennington Triangle” in Vermont is also known for mysterious creatures, strange lights, and spooky specters. It has all the tell-tale signs of a portal region. Many persons have purportedly gone missing between 1920 and 1950, with five well-documented disappearances between 1945 and 1950.[xi] Centered on Glastenbury Mountain, the triangle includes most of the area of the nearby towns, particularly Bennington, Woodford, Shaftsbury, and Somerset.[xii] Author Joseph Citro made the triangle famous in his first published novel, Shadow Child, in which he observed the area shares characteristics with the Bridgewater Triangle in neighboring Massachusetts.

The Great Serpent Mound—a 1,348-foot-long, three-foot-high earthwork resembling an uncoiling serpent—in rural Adams County, Ohio, is the largest surviving prehistoric effigy mound in the world. As the result of a new radiocarbon analysis, the date of construction is estimated to be approximately 321 BC.[xiii] Historically, researchers attributed the mound to the Adena culture (1000 BC–AD 1), a pre-Columbian Native American civilization. This new evidence corroborates the original prehistoric consensus and weighs heavily against more recent proposals that it was built by the Fort Ancient culture (AD 1000–1650). French historian Rene Chateaubriand wrote in Voyage to America: “The Indians are in agreement in saying that their fathers came from the west; they found the works of the Ohio just as they are to be seen today.”[xiv] It is likely that later indigenous cultures refurbished the work of the original mound builders. Some researchers believe the Adena people were related to the Nephilim.

Frederic Ward Putnam, the Harvard-educated anthropologist who spent much of his career lecturing and publishing on the Ohio mounds and the Serpent Mound in particular, also reported discovering the remains of giants throughout the area.  For example, in a scholarly monograph titled “The Serpent Mound of Ohio,” Putnam described the remains discovered in a nearby burial mound: “This older grave had been made about five feet deep in the clay and was about nine feet long and five wide. The pieces of skull found at the southeastern corner of the grave were twice the usual thickness.”[xv] Another report stated: “One of the skulls found was said to be big enough to fit over a man’s head.”[xvi] The Adena skull type has the highest cranial vault of any large people group in the world.[xvii] There are countless reports of seven- to eight-foot-long skeletons discovered in the Ohio Valley. Interestingly, a reasonable case can be made that the sudden influx of people of gigantic height in the Ohio Valley was concurrent with the Nephilim tribe’s displacement from the eastern Mediterranean by the Hittites, Egyptians, and Hebrews.

When I visited the Serpent Mound and its museum in November 2014, a historian with the Ohio Historical Society explained that the head of Serpent Mound aligns with the rising sun during the summer solstice and the coils are aligned to the two solstice and two equinox events each year. Located on a plateau of a huge meteor crater, the Serpent Mound was designed to model the pattern of stars forming the constellation Draco (Latin for “dragon”). The star pattern of the constellation Draco precisely fits the Serpent Mound, with the ancient North Pole Star, Thuban (alpha Draconis), at its geographical center within the first coil from the head. Its alignment with the old-world Pole Star also shows how true north was found in prehistoric times. More interesting is that this was not known until 1987 because modern compasses give incorrect readings at the site due to magnetic anomalies.

In Greco-Roman legend, Draco was a dragon represented as the demon son of Gaia, Typhon.[xviii] As explained in Exo-Vaticana, the Great Red Dragon symbolizing Satan in the book of Revelation is also an astral prophecy involving the constellation Draco.[xix] Bradley Lepper, an archaeologist for the Ohio Historical society, theorizes that Serpent Mound was “a shrine to a spiritual power.”[xx] Of course, that seems like an open invitation to the fallen immortals.

New Age ceremonies began at the Serpent Mound during the Harmonic Convergence of August 1987, an event based on Mayan Prophecy interpretations by Tony Shearer in his book Lord of the Dawn: Quetzalcoatl and the Tree of Life. Lepper recalls, “Thousands of people came to Serpent Mound during the convergence.”[xxi] Believers from all over the world gathered to chant and meditate at various “power spots” like Bell Rock near Sedona and the Great Serpent Mound of Ohio.

UP NEXT: Prophetic Significance of Portals 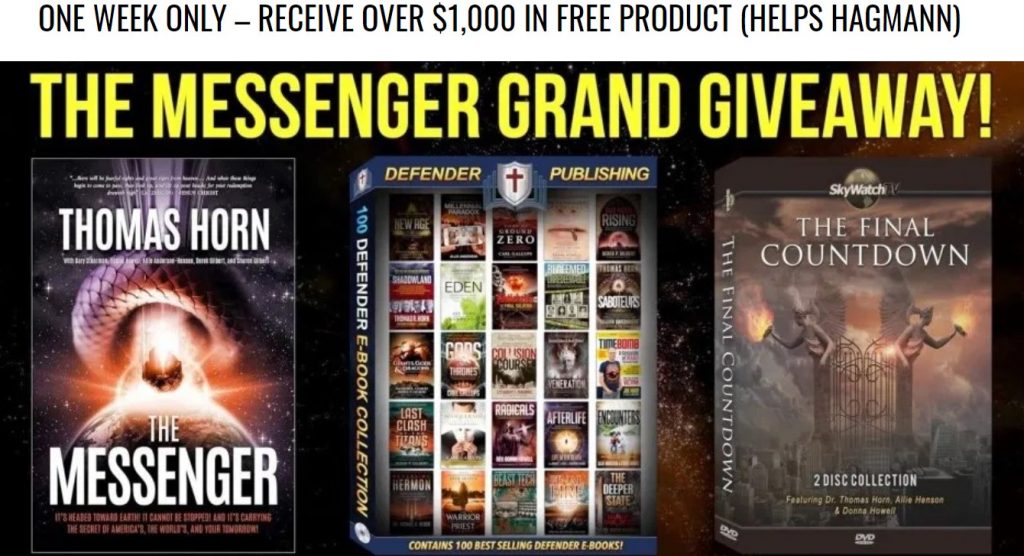 [xix] Ernest L. Martin, The Star that Astonished the World (1996), as quoted here: “The Time of Jesus’ Birth,” Associates for Scriptural Knowledge(accessed January 11, 2013), http://askelm.com/star/star006.htm. Also, Dr. Michael Heiser made a short video about it here: http://youtu.be/KQt9pBSYY5Y. 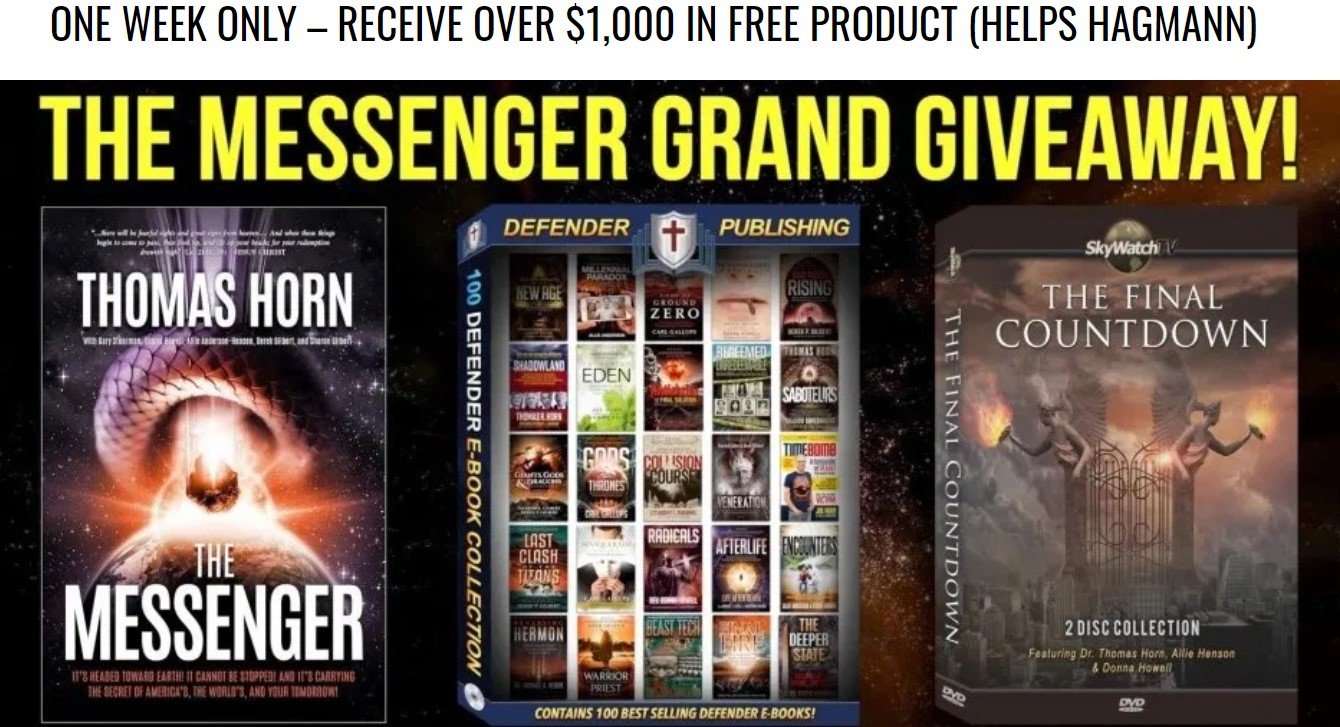