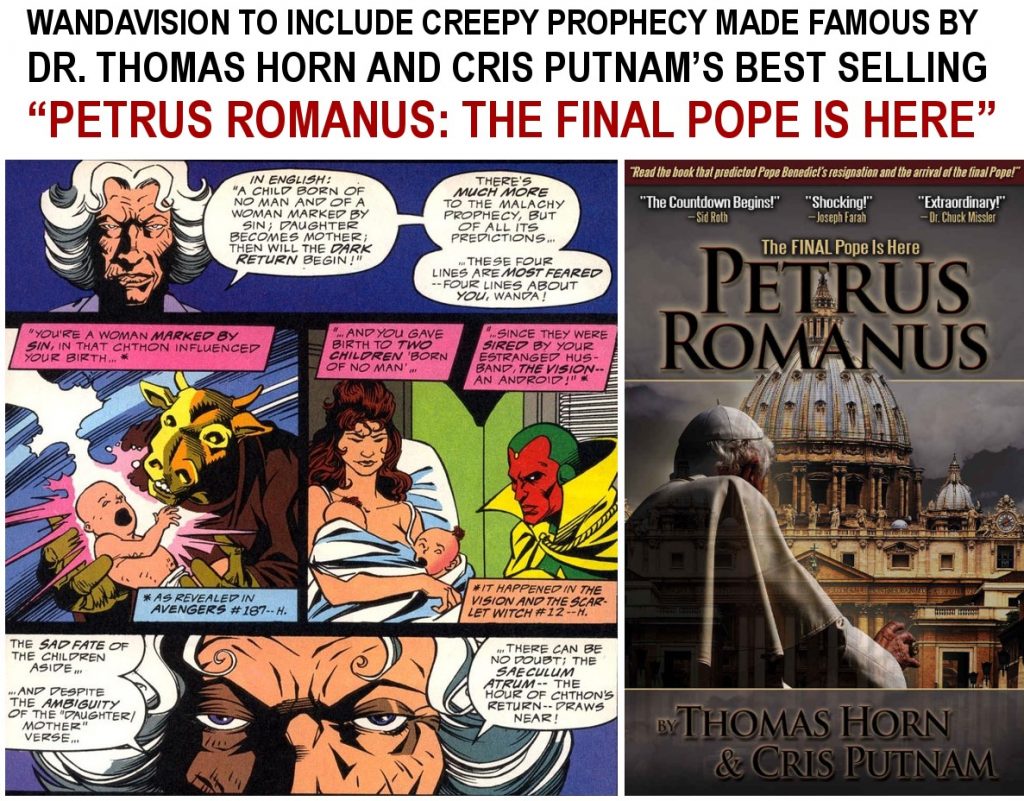 AGNES’ BIG REVEAL at the end of WandaVision Episode 7 wasn’t a surprise to comics fans. Her true identity of Agatha Harkness was hidden in plain sight — the first and last syllables of the name make up Agnes. However, it’s unlikely Kathryn Hahn is the main villain of the series, even if it was “Agatha all along.” A dip into the comic archives shows the true connection between Agatha, Wanda, and the Darkhold book we briefly saw in Agatha’s basement. Spoiler alert: it involves the Pope. This prophecy, called the MALACHY PROPHECY by Agatha, reads as follows (after being translated from the original Latin): “A child born of no man and a woman marked by sin; daughter becomes mother; then will the great return begin.” These four lines directly connect to Wanda’s life, specifically within the events of WandaVision. Wanda had two children born of no man, and Wanda is marked by sin because of her own involvement with Chthon. Then she became a mother, and now we may just see Chthon’s return. That seems pretty par for the course for a spooky Marvel prophecy to raise the stakes, but the truth is a lot more interesting than that. The Malachy Prophecy, also known as the Prophecy of the Popes, is a real prophecy that exists in Catholicism [made famous by the best selling book Petrus Romanus: The Final Pope Is Here]… (READ MORE) 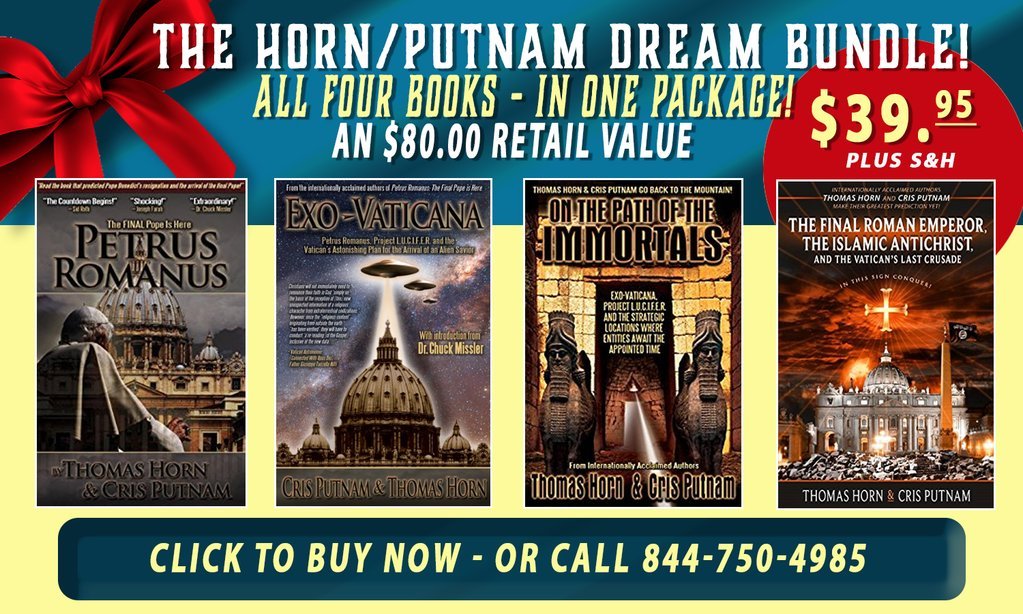