Evidence For A Great Evolutionary Leap Finally Found? Or Remains Of Watchers-Nephilim Experiments? 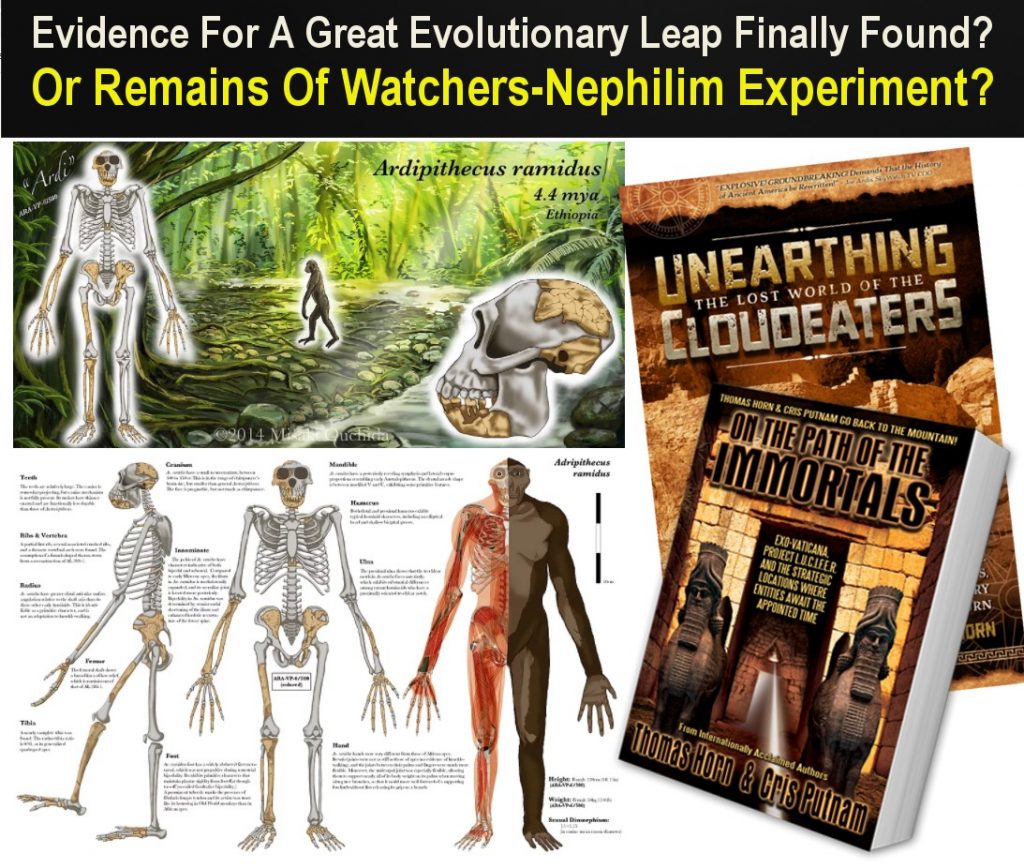 The morphology and positional behavior of the last common ancestor of humans and chimpanzees are critical for understanding the evolution of bipedalism. Early 20th century anatomical research supported the view that humans evolved from a suspensory ancestor bearing some resemblance to apes. However, the hand of the 4.4-million-year-old hominin Ardipithecus ramidus purportedly provides evidence that the hominin hand was derived from a more generalized form. Here, we use morphometric and phylogenetic comparative methods to show that Ardipithecus retains suspensory adapted hand morphologies shared with chimpanzees and bonobos. We identify an evolutionary shift in hand morphology between Ardipithecus and Australopithecus that renews questions about the coevolution of hominin manipulative capabilities and obligate bipedalism initially proposed by Darwin. Overall, our results suggest that early hominins evolved from an ancestor with a varied positional repertoire including suspension and vertical climbing, directly affecting the viable range of hypotheses for the origin of our lineage… (READ MORE)