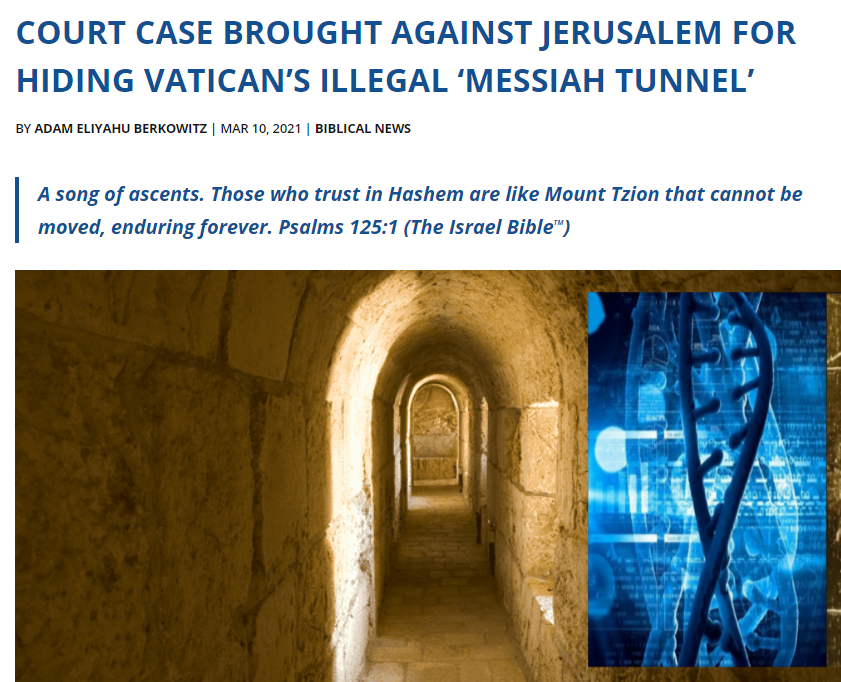 The construction of the tunnel, approximately 1,970 feet long and 5 feet wide, was built by the Catholic authorities in Jerusalem as an underground passage allegedly for the purpose of providing passageway from the main building of the Dormition Abbey to the residences of the clergy in the Beit Yosef building, a dormitory/guest house it built nearby decades ago. But spiritual leader of the Yanar Institute in Jerusalem, Rabbi Daniel Asor isn’t buying it. According to Rabbi Asor, that tunnel is a means for the Vatican to exhume the bones of King David who they allege was buried in Mt Zion. As the church is Catholic, the rabbi asserts that they are operating under the Vatican’s instructions. Rabbi Asor adds that it’s all part of the Vatican’s plan to collect DNA from the body of King David and use it to “recreate” the Messiah in an effort to fool the world into believing that the Messiah has arrived… (READ MORE)