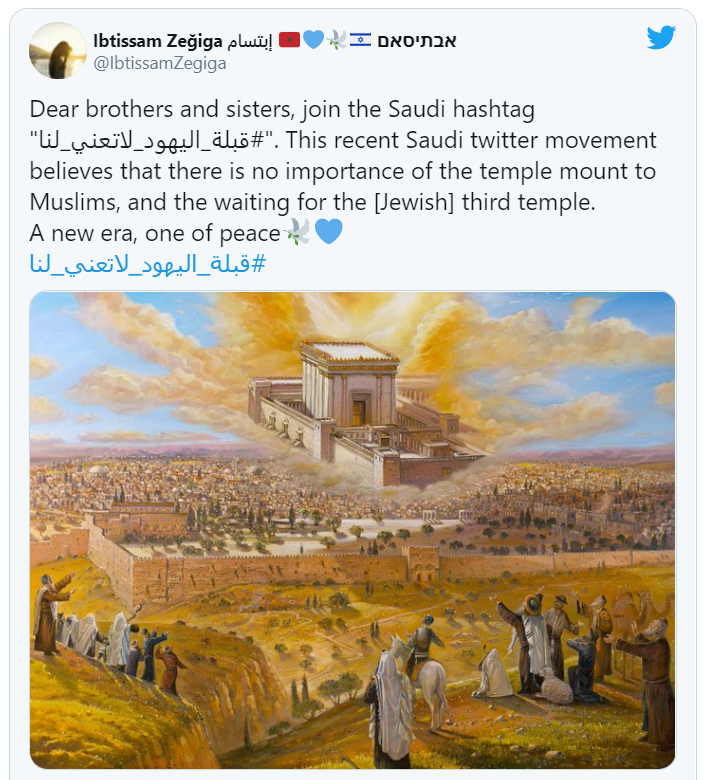 The Trump initiated Abraham Accords is still enjoying ripple effects to this day. A group of people from Saudi Arabia, a country which has yet to normalize relations with Israel and who has traditionally been the biggest backers of the PLO, are tweeting support for Jerusalem as the capital of the Jewish people and other pro-Israel and pro-peace messages using the hashtag “#قبلة_اليهود_لاتعني_لنا”, which translated from Arabic into: “The Jewish aspirations has nothing to do with us” reports Israellycool. Some Saudis went so far as to call for the third Jewish Temple to be built! (READ MORE)