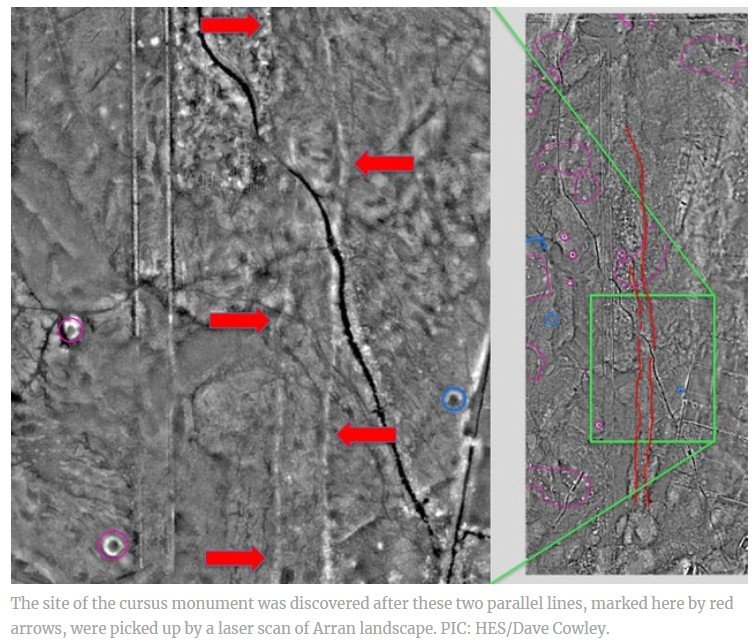 The discovery of a cursus monument site at Tormore on the Isle of Arran, which is more than a kilometre long, is helping to reshape Neolithic history in Scotland with such landmarks usually associated with the east coast. Cursus monuments were often defined by long lines of timber posts, forming a long rectangle, and were amongst the most spectacular features in the Neolithic landscape. The posts may have served as a procession route, perhaps to honour the dead. Some were burned to the ground in an almighty display which is believed to have been part of the ceremonies associated with these huge monuments. Dave Cowley, Rapid Archaeological Mapping Programme Manager at Historic Environment Scotland, who discovered the site following a laser scan of Arran, described the cursus monument as a “cathedral of the day”… (READ MORE)