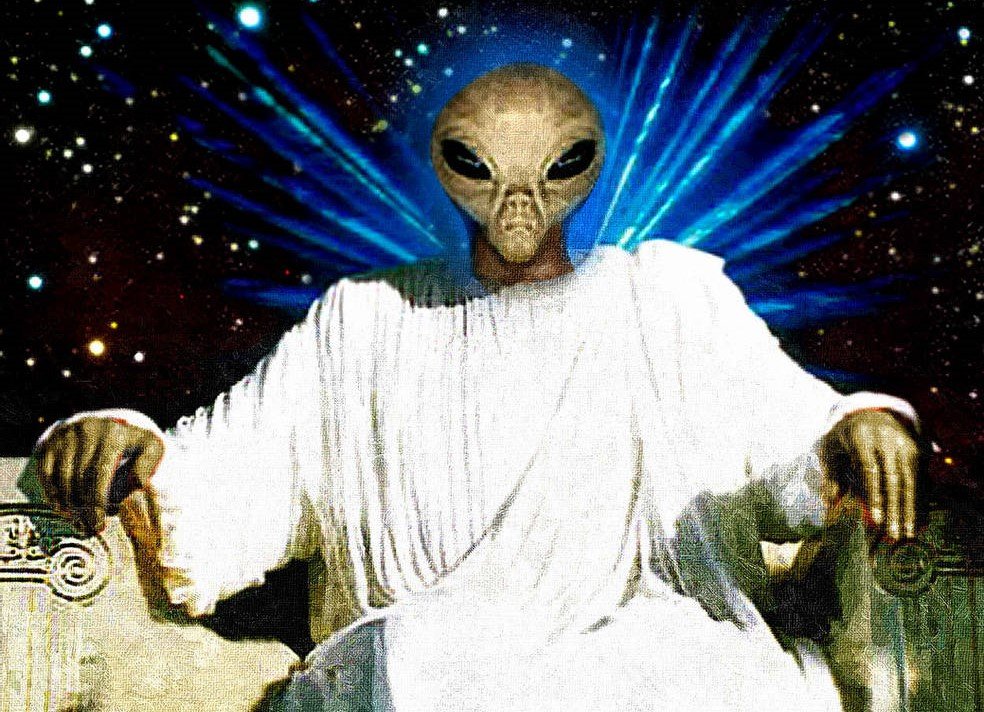 A fascinating and potentially prophetic connection exists between the LUCIFER device’s infrared capacity for seeing farther into the light spectrum, the technology used by “Watchers” to create the legendary giants, UFOs, and the prophecy by Jesus Christ in response to His disciples when they asked, “Tell us, when shall these things be? And what shall be the sign of thy coming, and of the end of the world?” to which Jesus answered, “As the Days of Noe [Noah] were, so shall also the coming of the Son of man be” (Matthew 24:3; 37).

As the director of the Future of Humanity Institute and a professor of philosophy at Oxford University, Nick Bostrom is a leading advocate of what has come to be known as transhumanism—the idea that we will use emerging fields of science including genetics to alter Homo sapiens and to create a new form of man. Like the Watchers in the Days of Noah, Bostrom envisions remanufacturing humans with animals, plants, and other synthetic life forms through the use of modern sciences. When describing the benefits of man-with-beast combinations in his online thesis, Transhumanist Values, Bostrom acknowledges that animals have “sonar, magnetic orientation, or sensors for electricity and vibration,” among other extrahuman abilities. He goes on to explain that the range of sensory modalities for transhumans would not be limited to those among animals, and that there is “no fundamental block to adding say a capacity to see infrared radiation or to perceive radio signals and perhaps to add some kind of telepathic sense by augmenting our brains” (emphasis added).[i]

Bostrom is correct in that the animal kingdom has levels of perception beyond human. Some animals can “sense” earthquakes and “smell” tumors. Others, like dogs, can hear sounds as high as 40,000 Hz—and dolphins can hear even higher. It has also been shown that at least some animals see wavelengths beyond normal human capacity that, according to the biblical story of Balaam’s donkey, may allow certain animals to see into the spirit world.

At Arizona State University, where the Templeton Foundation is currently funding a series of lectures titled, Facing the Challenges of Transhumanism: Religion, Science, Technology,[ii] transhumanism is specifically viewed as possibly effecting supernatural, not just physical, transformation. Called “the next epoch in human evolution,” some of the lecturers at ASU believe radical alteration of Homo sapiens could open a door to unseen intelligence. Consequently, ASU launched another study in 2009 to explore communication with “entities.” Called the SOPHIA project (after the Greek goddess), the express purpose of the study is to verify communication “with Deceased People, Spirit Guides, Angels, Other-Worldly Entities/Extraterrestrials, and/or a Universal Intelligence/God.”[iii]

Imagine what this could mean if government laboratories with unlimited budgets working beyond congressional review (and perhaps with entities they have been led to believe represent advanced alien intelligence) were decoding the gene functions that lead animals to have preternatural capabilities of sense, smell, and sight, and were blending those genetic instructions with Homo sapiens. Among other things, genetically engineered modern “Nephilim” could be walking among us now—alien/human hybrids that appear to be Homo sapien but that hypothetically can see and even interact with invisible forces, including those “Other-Worldly Entities/Extraterrestrials” that VATT astronomers and transhumanists are looking for. Sound far-fetched? Consider what Ludovico Maria Sinistrari (1622–1701; an Italian Franciscan theologian and advisor to the Supreme Sacred Congregation of the Roman and Universal Inquisition in Rome) believed. He was considered an expert on exorcism and sins relating to sexuality, including investigations of those individuals accused of sexual relations with demons. He wrote:

Now, it is undoubted by Theologians and philosophers that carnal intercourse between mankind and the Demon sometimes gives birth to human beings; that is how is to be born the Antichrist, according to some Doctors, such as Bellarmin, Suarez, Maluenda, etc. They further observe that, from a natural cause, the children thus begotten by Incubi are tall, very hardy and bold, very proud and wicked.[iv]

We will examine what other experts believe about “alien-human hybrids” in a different section of this series, but the pattern for hybridity and the result of a part-man that can see into nonhuman realms may have been documented in the Bible! The story of Nimrod (Gilgamesh/Apollo/Osiris) in the book of Genesis illustrates how, through genetic influences such as a retrovirus or germ-line genetic engineering, a living specimen’s DNA could be coded to make it a “fit extension” for infection by other-dimensional entities. Genesis 10:8 says about Nimrod: “And Cush begat Nimrod: he began to be a mighty one in the earth.” Three sections in this unprecedented verse indicate something very peculiar happened to Nimrod. First, the text says that “he began to be.” In Hebrew, this is chalal, which in its Qal (simple active) stem means “to become profaned, defiled, polluted, or desecrated ritually, sexually or genetically” but in the Hiphil stem (causative) means “begin.” It is certainly conceivable that the inspired author’s word choice might imply expression play for a “profaned beginning.” Second, this verse tells us exactly what Nimrod began to be—“a mighty one” (gibborim), possibly one of the offspring of the Nephilim. As Annette Yoshiko Reed says in the Cambridge University book, Fallen Angels and the History of Judaism and Christianity, “The Nephilim of [Genesis] 6:4 are always…grouped together with the gibborim as the progeny of the Watchers and human women.”[v] And the third part of this text says the change to Nimrod started while he was on “earth.” Therefore, in modern language, this text could accurately be translated to say:

And Nimrod began to change genetically, becoming a gibborim, the offspring of watchers on earth.

To understand how as a mature, living specimen, Nimrod could have begun to be a gibborim, it is helpful to imagine this in terms of biology as we know it. For instance, years ago, I “began to be” a diabetic. Because of poor choices of food, diet, and exercise, the doctor assumed a genetic inherent was triggered that began changing me in powerful, metabolic ways. Yet just because the heritable, disease-related genotype that can lead to diabetes was present, this did not necessarily mean that it would develop into the medical condition. It is entirely possible to be a carrier of a genetic mutation that increases the risk of developing a particular disease without ever actually becoming afflicted with the disorder in the course of a lifetime. Due to an earlier lifestyle, or maybe even certain environmental conditions, the gene mutation involved in the action of insulin “turned on” and I “began to be” a diabetic.

We’ve often wondered if the record of Nimrod that says he “began to be” a “gibborim” indicated something similar about his genetics, DNA, or bloodline that “turned on” as a result of his decisions, triggering a change in him from one type of being to another. It is also possible that Nimrod became afflicted with a retrovirus that integrated with his genome and, in essence, “rewrote” his genetic makeup, fashioning him into a “fit extension” for an underworldly spirit. When I asked Sharon Gilbert, author of The Armageddon Strain whose formal education includes molecular biology and genetics, if she thought this was possible, she responded in a personal email:

Absolutely! Retroviruses essentially inject single-stranded RNA strands into somatic (body) cells during “infection.” These ssRNA strands access nucleotide pools in the host cell and form a double-stranded DNA copy. This dsDNA can then incorporate itself into the host chromosome using a viral enzyme called “integrase.” The new “fake gene” then orders the cell to make more mRNA copies of the original virus RNA. These then travel out of the cell and infect the next cell, and so on.

Perhaps this type genetic rewriting is implied in Genesis 10:8, which says, “And Cush begat Nimrod: he began to be a mighty one [gibborim] in the earth.”

In addition to such scientific deduction, another reason we believe this story is suspicious has to do with Nimrod’s sudden ability to “see” what others apparently could not. Note what he did immediately following Genesis chapter 10. As soon as he “began to be a mighty one” in the earth, one chapter later, Nimrod set out to build a tower whose top would “reach unto heaven” (Genesis 11:4). This was the infamous Tower of Babel, and Nimrod was designing it so that the top of it would extend into Shamayim (“heaven”), the abode of God. The Jewish Encyclopedia confirms several historical records that Nimrod, whom it establishes was also identified by various ancient cultures alternatively as Osiris, Orion, Apollo, and Gilgamesh, built the Tower of Babel in an attempt to ascend into the presence of God. Jehovah, Himself, came down and said of the Tower’s design: “Nothing will be restrained from them, which they have imagined to do” (Genesis 11:6). In other words, according to the Lord, Nimrod would have accomplished what he “imagined” to do—to build a tower whose top would reach into the abode of God. 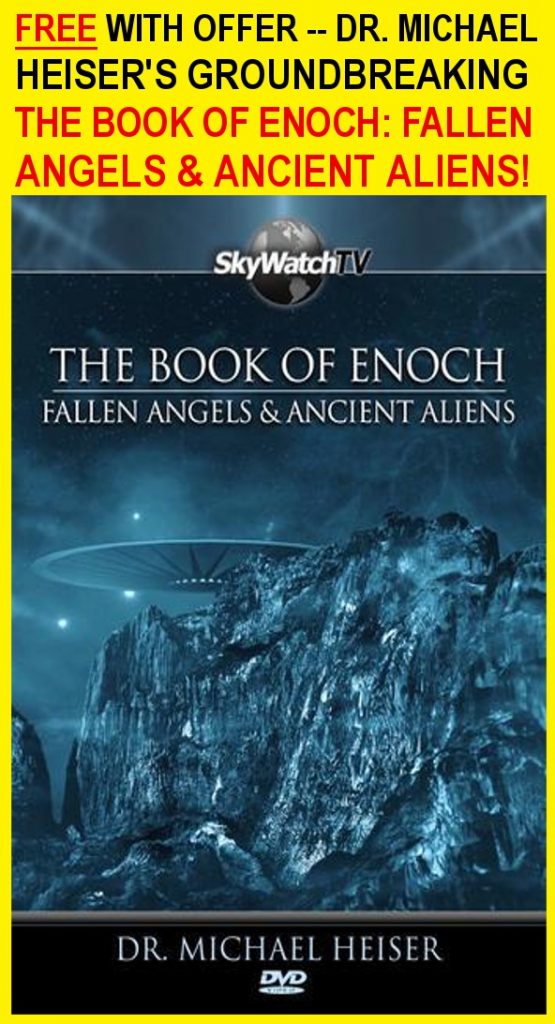 That this section of Scripture could be viewed as a secondary support for the concept of Nimrod having become “revived Watcher offspring” is supported by Nimrod seeming to abruptly be aware of where and how tall to build a tower so that the top of it would penetrate the dwelling place of God. Were his eyes suddenly opened to realities that are outside man’s normal mode of perception? Did he develop LUCIFER-like abilities of sight, perhaps including infrared? As he became gibborim, he would have taken on Watchers’ propensities, which, as angels, could see into the supernatural realm including where heaven is located and possibly where to enter it. Even the name “Babylon” implies this, echoing the North and South American Indian beliefs about towering gateways and the meaning “gate of God” or “gateway to God.” That there could be sacred locations where those beings that can see into the supernatural realm could literally walk up onto a high place—such as Mt. Graham—and enter heaven is not as farfetched as it sounds. Numerous records, including from the Bible, appear to substantiate the idea that heaven could be attained on high towers or mountainous locations. Consider Moses meeting with God on Sinai, Jesus returning atop the Mount of Olives, the two hundred Watchers that “descended in the days of Jared on the summit of Mount Hermon” (Enoch 6:6) and other examples, including Jacob’s ladder. This could also explain why, in the deep recesses of our psyche, people tend to believe they can draw closer to God when going up onto mountains.

In addition to the possibility of suddenly seeing into the supernatural realm as a result of integration with fallen angels, if Nimrod was genetically modified according to the original Watcher formula, he would have inherited animal characteristics within his new material makeup, and animals, like angels, can perceive “domains” that humans cannot. This includes obvious things, such as wavelengths of the electromagnetic spectrum, but possibly something even more substantial, like the spirit realm. This is important to keep in mind as we consider in this series how the move by modern scientists and transhumanists to revive Watcher technology and to blend humans with animals could be a subset of a larger alien-human breeding program already in motion…

…and a deeper, more disturbing proposition involving what all this has to do with the Vatican, astrobiology, Petrus Romanus, great deception and the coming of Antichrist.

UP NEXT: The Sky Island’s Assimilation for Extraterrestrial Evangelism

FREE WITH DR. HEISER’S NEW RESEARCH ON THE BOOK OF ENOCH!

An exclusive production with Dr. Michael Hieser regarding the blatant lies of ancient astronaut theory and the horrifying nature of fallen angels and alien abduction!

[iv] Ludovico Sinistrari, De Daemonialitate et Incubis et Succubis (Demoniality; or, Incubi and succubi), from the original 1680 Latin manuscript translated into English (Paris, I. Liseux, 1872) 53. (The 1879 English translation of the book is available in full and for free online in scanned format by the California Digital Library here [last accessed December 4, 2012]: http://archive.org/details/demonialityorinc00sinirich.)

[v] Annette Yoshiko Reed, Fallen Angels and the History of Judaism and Christianity: The Reception of Enochic Literature (Cambridge, 2005), 214. 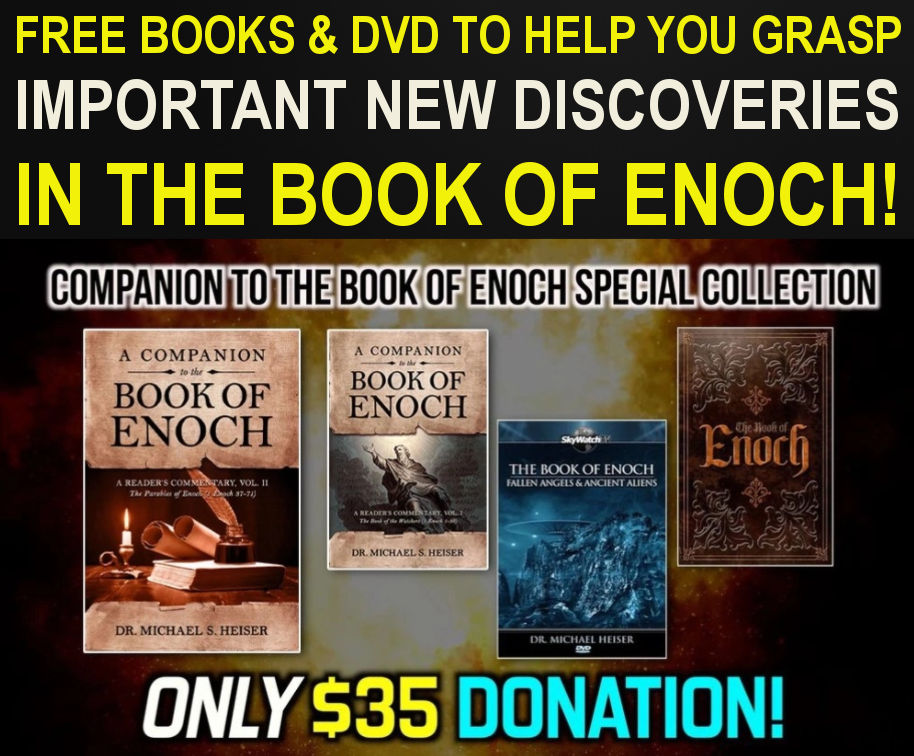 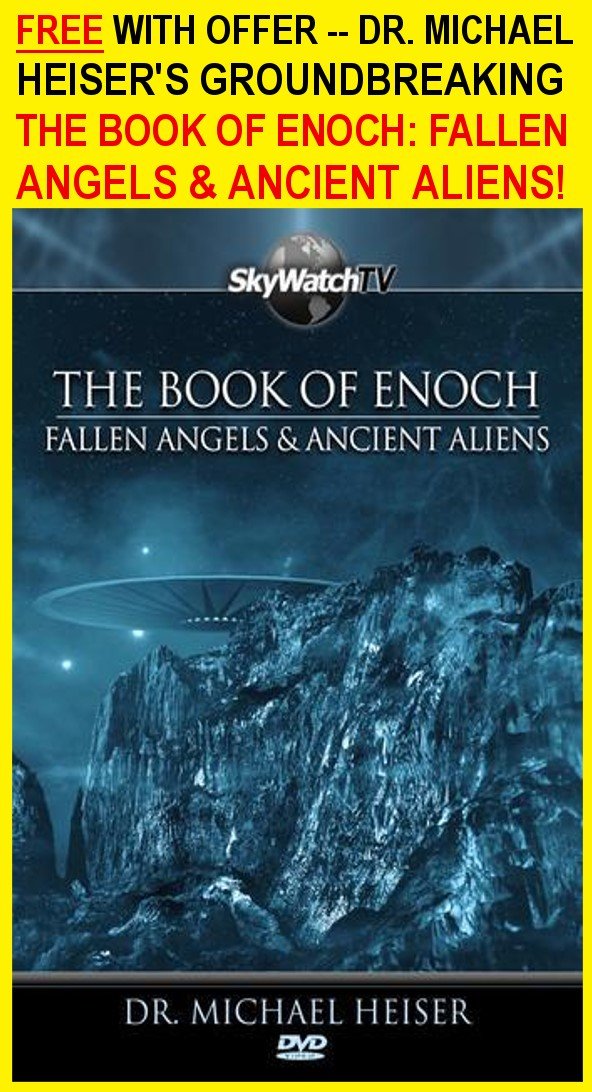