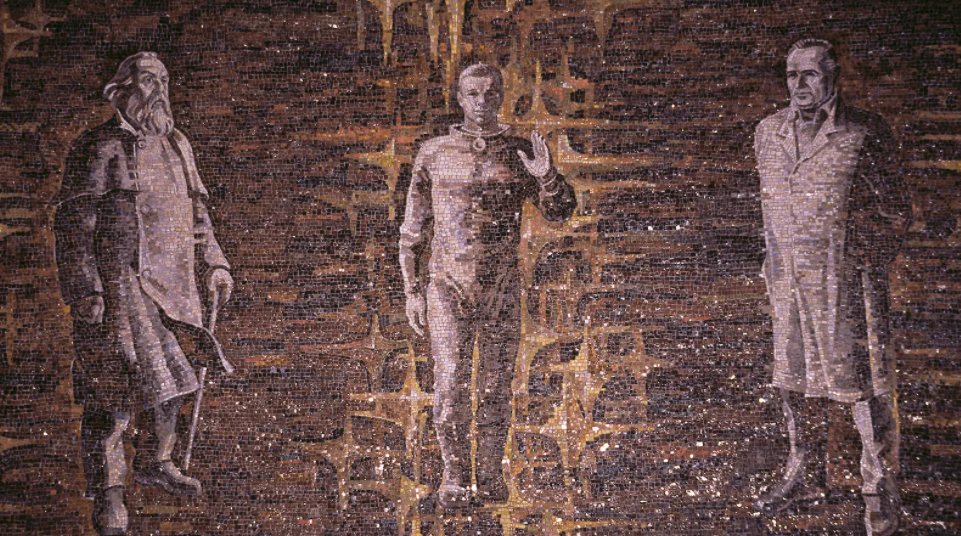 Nikolai Fyodorov died in obscurity, and he remains almost unknown in the West, yet in life he was celebrated by Leo Tolstoy and Fyodor Dostoevsky, and by a devoted group of disciples – one of whom is credited with winning the Space Race for the Soviet Union. Now, just as he prophesied, Fyodorov is living a strange afterlife. He has become an icon for transhumanists worldwide and a spiritual guide for interplanetary exploration. Fyodorov’s acolytes, including Tsiolkovsky and Solovyov, are associated with an intellectual movement called “Cosmism”, which made a significant impact in philosophy, theology, the sciences, and the visual arts, in both pre-revolutionary Russia and the Soviet period. Although averse to Fyodorov’s Orthodox Christianity, senior Soviets admired his critique of consumerism – the “toys” that divert our attention and imagination – and his emphasis on collective salvation (“not for oneself and not for others, but with everyone and for everyone”, wrote Fyodorov). One hundred years ago, at the height of the Russian Civil War, one group took Fyodorov’s ambitions to stratospheric levels. The Biocosmist-Immortalists, announcing their split from the Anarchist-Universalists, denounced death as “logically absurd, ethically impermissible, and aesthetically ugly”. They advocated the galactic liberation from statehood, called for the urgent establishment of cosmic communication, and made two “basic” demands: freedom of movement in interplanetary space; and the right to live forever… (READ MORE)