THE THRACIAN ORACLE—Has The Famous Sanctuary Of Dionysus Been Found? 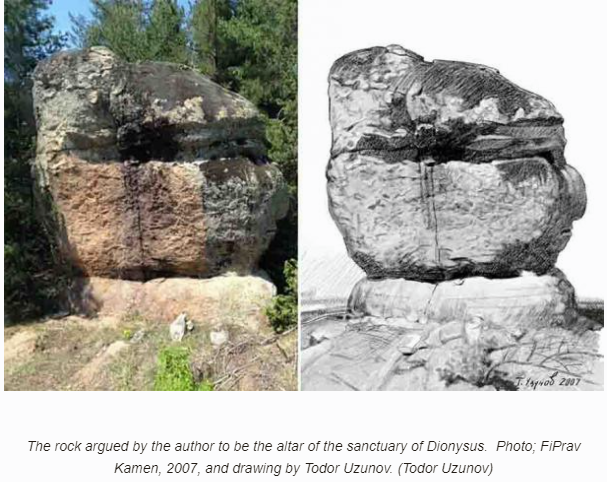 The Thracians were an ancient people inhabiting parts of modern day Bulgaria and Greece. The lands of the Thracian tribes were home to several significant ancient cities, important landmarks and treasures. Perhaps one of the most spiritually significant ancient Thracian sites at the time was the Sanctuary of Dionysus, the Greek god of wine-making, fertility, and ritual madness. There is no modern consensus as to the location of the site, but a new paper suggests the sanctuary may have been found at last. This sanctuary was first mentioned by  Herodotus, who places it on Mount Pangea, belonging to the Thracian ‘Satri’ tribe. The priests were ‘Bessi’, from a tribe adjacent to the Satri. The sanctuary was huge, second only to the renowned Oracle of  Delphi, and visited for predictions of the future by powerful men such as Alexander the Great. Guy Octavius, the father of Emperor Octavian  Augustus, visited the sanctuary and it was foretold that his son would rule the world. The mention of these two colossal historical figures speaks of the huge role of this Thracian sanctuary in the ancient world… (READ MORE)