SUMMONING THE GREAT DELUSION! Suddenly Leading Organizations Like PSYCHOLOGY TODAY, THE HILL, NYT, WASHINGTON POST AND OTHERS AGREE: “AN ALIEN INVASION IS WHAT WE NEED TO UNITE OUR WORLD!” 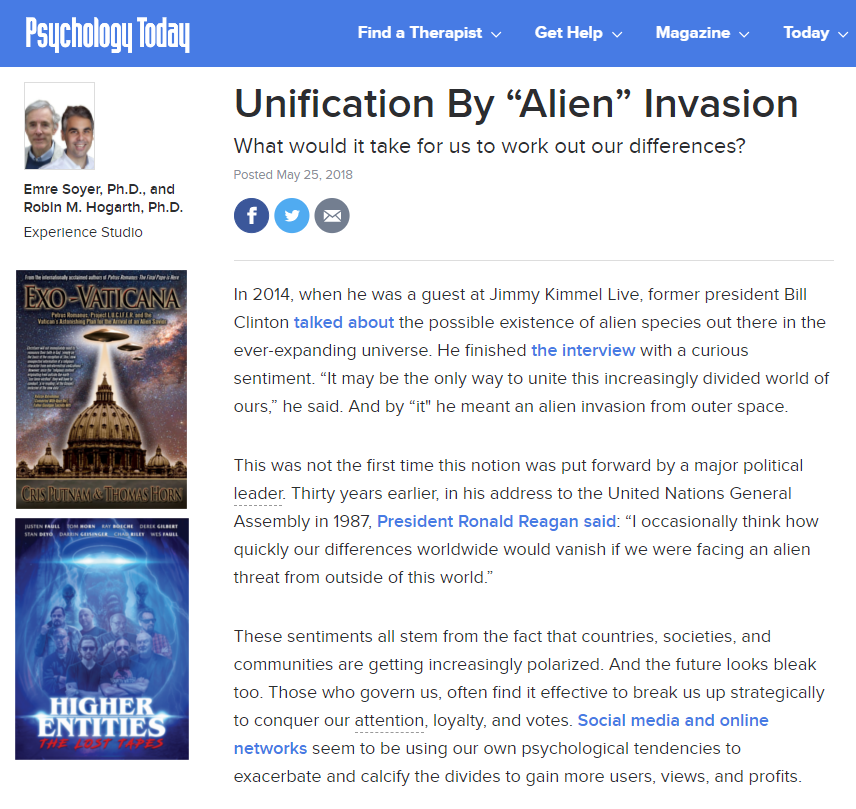 In 2014, former president Bill Clinton talked about the possible existence of alien species out there in the ever-expanding universe. He finished the interview with a curious sentiment. “It may be the only way to unite this increasingly divided world of ours,” he said. And by “it” he meant an alien invasion from outer space. This was not the first time this notion was put forward by a major political leader. Thirty years earlier, in his address to the United Nations General Assembly in 1987, President Ronald Reagan said: “I occasionally think how quickly our differences worldwide would vanish if we were facing an alien threat from outside of this world.” These sentiments all stem from the fact that countries, societies, and communities are getting increasingly polarized. And the future looks bleak too. Those who govern us, often find it effective to break us up strategically to conquer our attention, loyalty, and votes. Social media and online networks seem to be using our own psychological tendencies to exacerbate and calcify the divides to gain more users, views, and profits. It seems that we are not able to naturally reverse this tide. So, before we further turn on each other, could a strictly external, common adversary do the trick? The fantastical unifying effect of an alien invasion? (READ MORE) 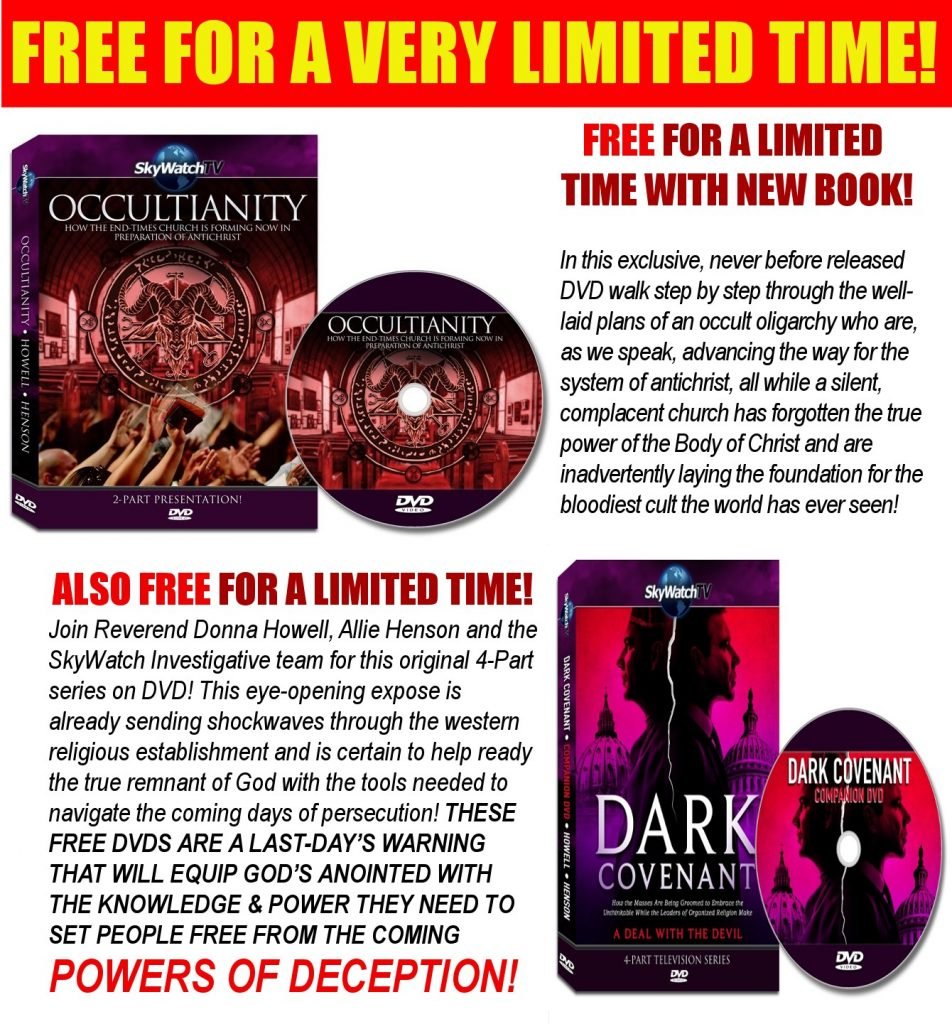 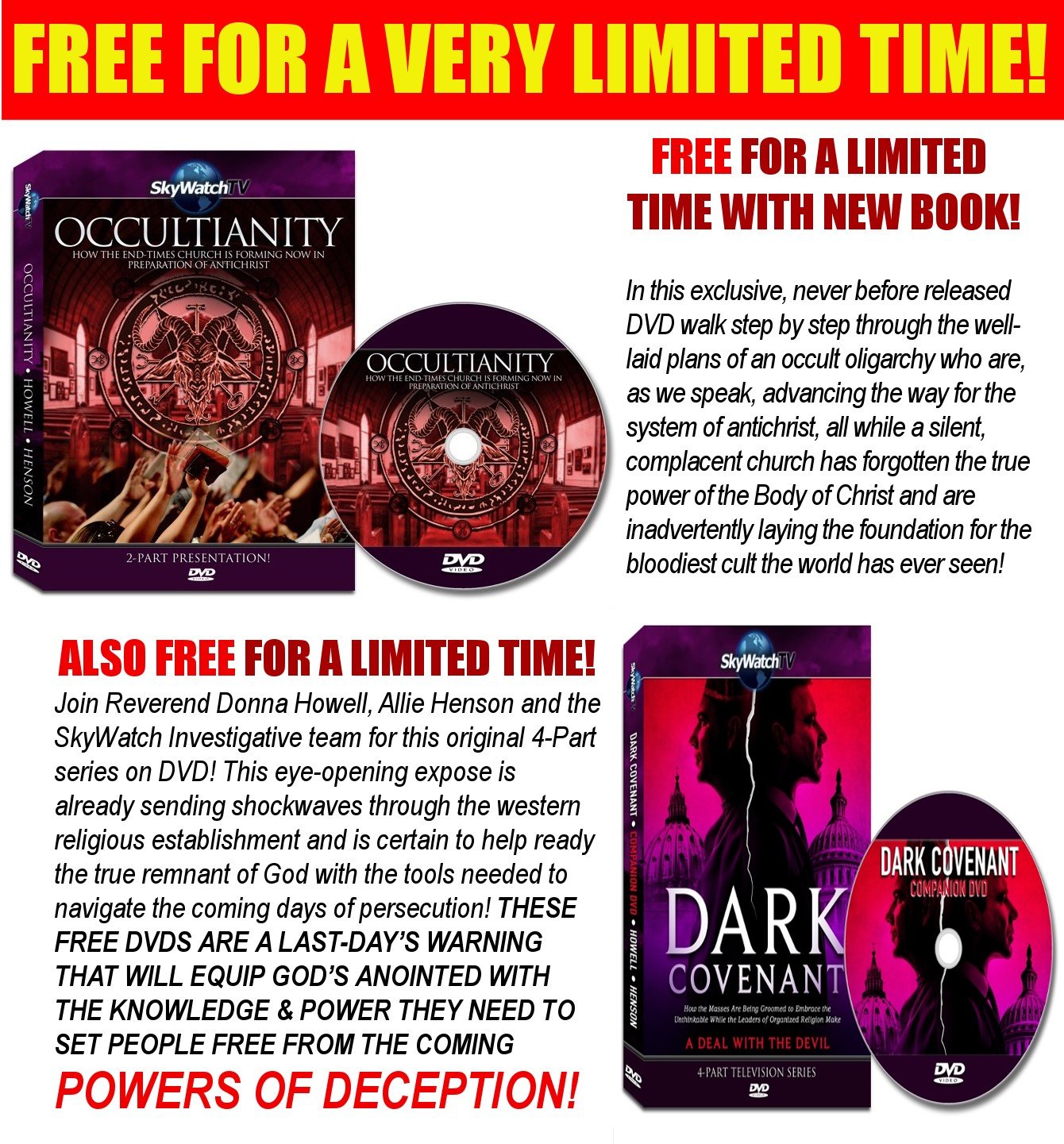