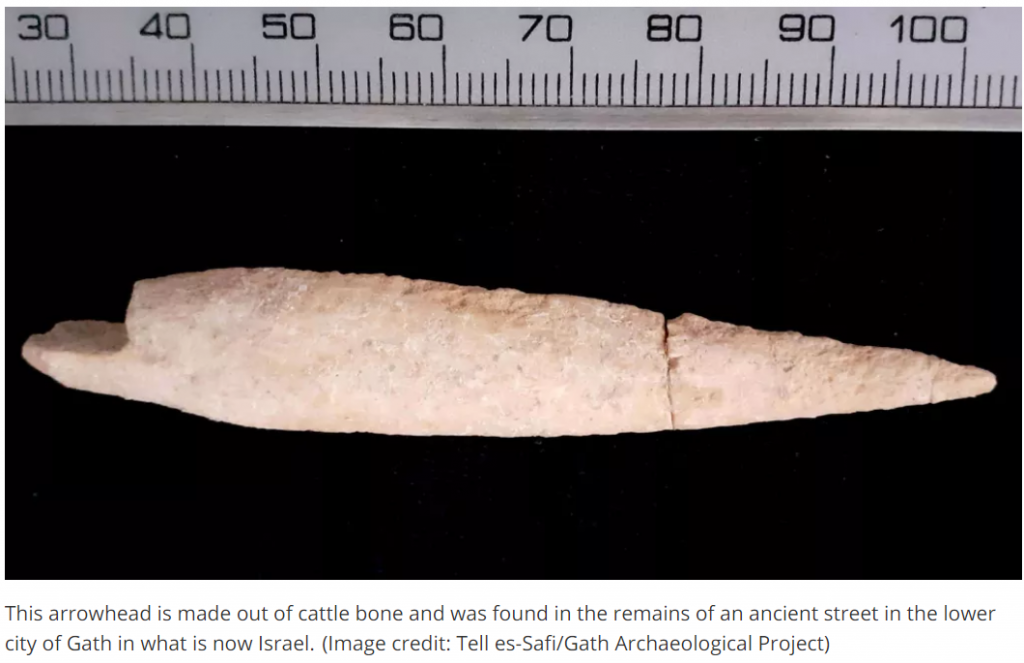 A bone arrowhead found in the ancient Philistine city of Gath may have been fired off by the city’s defenders as part of a last stand described in the Bible.  According to the Hebrew Bible, a king named Hazael, who ruled the kingdom of Aram from around 842 B.C. to 800 B.C., conquered Gath (also known as Tell es-Safi) before marching on Jerusalem. “Hazael king of Aram went up and attacked Gath and captured it. Then he turned to attack Jerusalem,” the Book of Kings says (2 Kings 12:17).  Archaeological excavations at Gath, in what is now Israel, have revealed that massive destruction took place in the late ninth century B.C., the time when the Bible says Hazael conquered Gath, where the Philistines (enemies of the Israelites) lived. The Hebrew Bible describes Gath as the home of Goliath, the giant warrior killed by King David… (READ MORE)