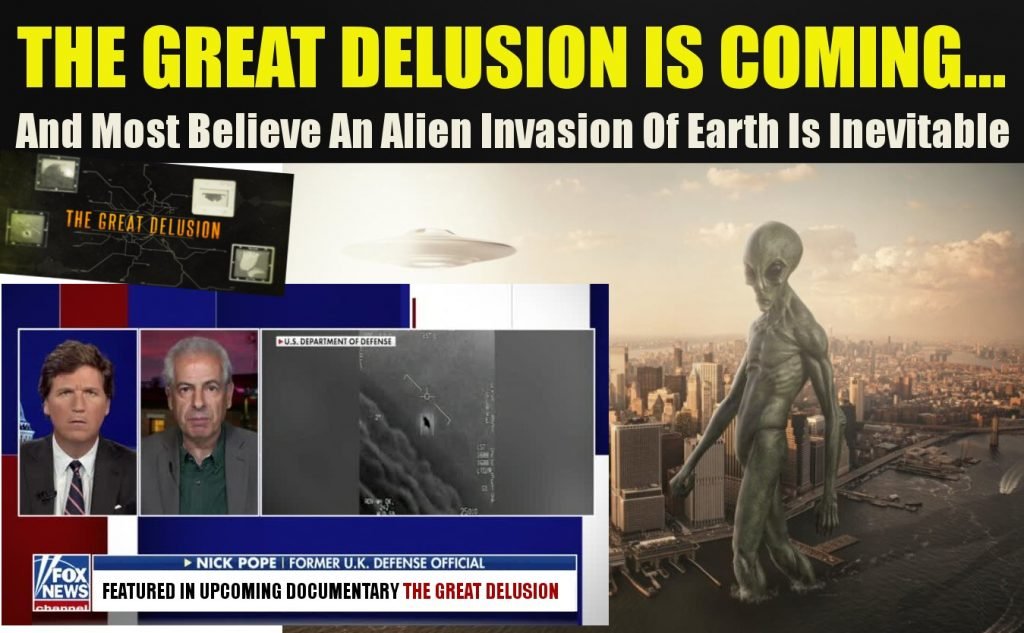 According to a new study, six in 10 now believe it’s only a matter of time before Earth becomes the target of an alien invasion. “UFO sightings are rising, along with belief in an alien presence,” says Nick Pope, the former head of UFO investigation for the British government’s Ministry of Defence [featured in upcoming documentary THE GREAT DELUSION], in a statement. “On World UFO Day, and with a report on UFOs having been sent to the U.S. Congress, the topic has well and truly come out of the fringe and into the mainstream. Until recently, people who believed in UFOs were regarded as conspiracy theorists. With pilots, radar operators and intelligence community personnel coming forward and speaking about their experiences, the subject is now being taken seriously within the government,” Pope continues. “We should remember that the sceptics have to be right every single time, whereas the believers only have to be right once. Are we alone or not in the universe? Are we being visited by aliens? These are some of the biggest and most profound questions we can ask, and now we’re closer than ever to getting answers… (READ MORE)