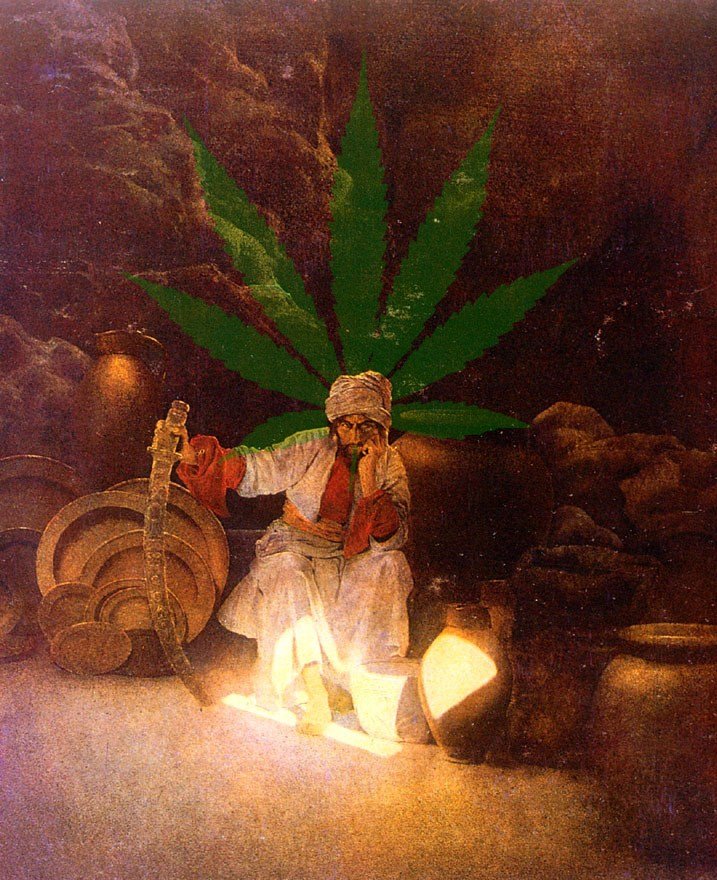 In a pivotal scene of Alexandre Dumas’ The Count of Monte Cristo, the young adventurer Franz d’Epinay visits the apparently deserted island of Monte Cristo on a hunting expedition. There he stumbles upon a band of smugglers who lead him, blindfolded, to a secret cave where their leader lives in Oriental splendor under the nom de guerre of ‘Sinbad the Sailor’. Sinbad – whom we may already suspect is the Count of Monte Cristo in disguise – serves him a sumptuous feast, followed by a small bowl of pungent greenish paste. “What is this precious sweetmeat?”, asks Franz. In reply, Sinbad tells him the story of Hassan-i-Sabbah, the Old Man of the Mountain, the leader of the Assassin sect during the Crusades, who recruited his followers by feeding them a drug that “would take them into Paradise”, after which they would “obey his orders like those of God”. His guest recognizes the story. “In that case”, he exclaims, “it’s hashish”. It is, Sinbad confirms, “the best and finest hashish from… (READ MORE)